MINISTER FOR the Diaspora, Colm Brophy TD, has announced over £5 million in financial support from the Irish Government to support 99 community organisations from across the diaspora in Britain.

At an event held in the Irish Embassy in London, Minister Brophy stated that: “This is one of the most substantial support packages we’ve ever announced under the Emigrant Support Programme.”

In a speech made to a gathering of key stakeholders and beneficiaries, Minister Brophy stressed that although citizens in the UK and Ireland were not yet ‘out of the woods’ when it came to COVID-19, the Irish Government was keen to give community organisations the financial support they needed to aid their recovery.

He took the opportunity to praise the important work which had been done by community groups in supporting the Irish diaspora during an especially difficult period:

“Many of you worked day and night to provide support to those most in need,” he said.

“Well beyond the normal working week… It is hard to put into words the contribution you have made over the past 18 months to those most vulnerable.” 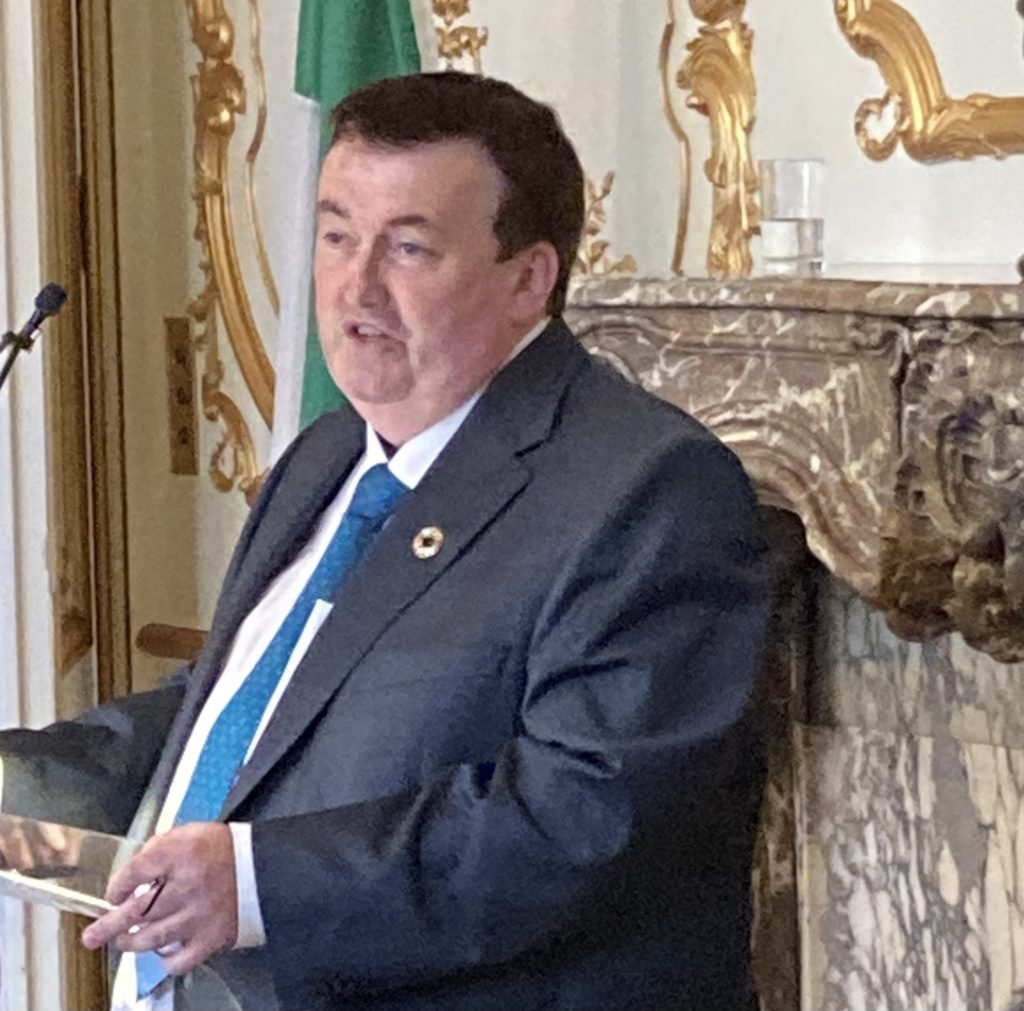 In an exclusive interview with The Irish Post, Minister Brophy outlined that specific financial support for diaspora groups would only make up one key aspect of an overall support strategy.

His plan over the long term, he said, included ‘making it easier for second and third generation Irish to study at home’, and in the short term, extending EU Digital Travel Certificates to Irish passport holders in Britain – an anxiety compounded by ongoing complications caused by Brexit.

“[Irish passport holders] will get a huge benefit when they’re travelling within the European Union,” he said.

“It marks a very handy, speedy, quick way of arriving in any EU member state; a costed benefit which, in the current climate, can’t be overstated.”

He also mentioned that COVID-19 had interrupted the Irish Government’s plans to prepare for a referendum on extending Presidential voting rights to the Irish diaspora, but that this was something they were still committed to.

“It’s something I would like to see as Minister,” he said.

“We need to engage in a broad consultation on how we’ll do that, and looking at all aspects of it, I’m hopeful we’ll see progress… during the course of the next 12 months.”

One area that the Minister refused to be drawn on was how effective financial support for survivors of Mother and Baby Homes could be in the context of the Irish State having sealed investigative documents for the next 30 years.

The Irish Post suggested that perhaps financial support could be delivered in conjunction with a truth and reconciliation process for survivors.

“There were a number of very big issues and a number of things that people had very strong views about in relation to the inquiry and its aftermath,” Minister Brophy said.

“But my focus as Minister [for the Diaspora] … is to allow survivors who are based here [in Great Britain] to be empowered to have their own say, and so what we’ve done is to make early-stage funding available on the ground.”