A PROMISED referendum on votes for the Irish abroad will take place in the latter half of 2021, Diaspora Minister Colm Brophy has confirmed to The Irish Post.

The nationwide poll will decide whether or not to give Irish citizens living outside of Ireland the right to vote in presidential elections back home.

If passed it would enable the diaspora to vote in the next presidential election, which is due to take place in 2025.

Members of the Irish community across Britain have campaigned on the issue for a number of years.

Earlier this month the much-anticipated referendum was announced as a priority in the Irish Government’s newly launched Diaspora Strategy for 2020-2025.

Speaking to The Irish Post, Minister Brophy admitted that the Covid-19 pandemic had impacted plans to conduct the referendum, but claimed the government fully intends to hold that vote by the end of next year.

“The reason Covid has impacted the referendum is the way the legislation works,” he said.

“Once the legislation has been passed by the Oireachtas, there is a time-specific period of approximately three months after which you must hold the referendum.

“Now, we obviously are very conscious of the fact that we are not going to hold a referendum that has any element of risk attached to it in terms of public health and safety,” he explained.

“That’s because we want active participation, we want people to be able to be involved in campaigning."

He added: “We want to be able to have information meetings and engagement around the country and, while you can do elements of that in terms of an election that had to be called, in an emergency for example, or if you had one scheduled, for an actual referendum, and particularly one as important as this, we want to make sure we get the timing right to allow for all of that.”

On when we can expect it to take place, Minister Brophy confirmed: “Realistically, I think we are looking at a period of time that takes us into a referendum in the latter half of 2021 and that would still keep us on the timeline that we are working towards that this would be operational for the next presidential election.” 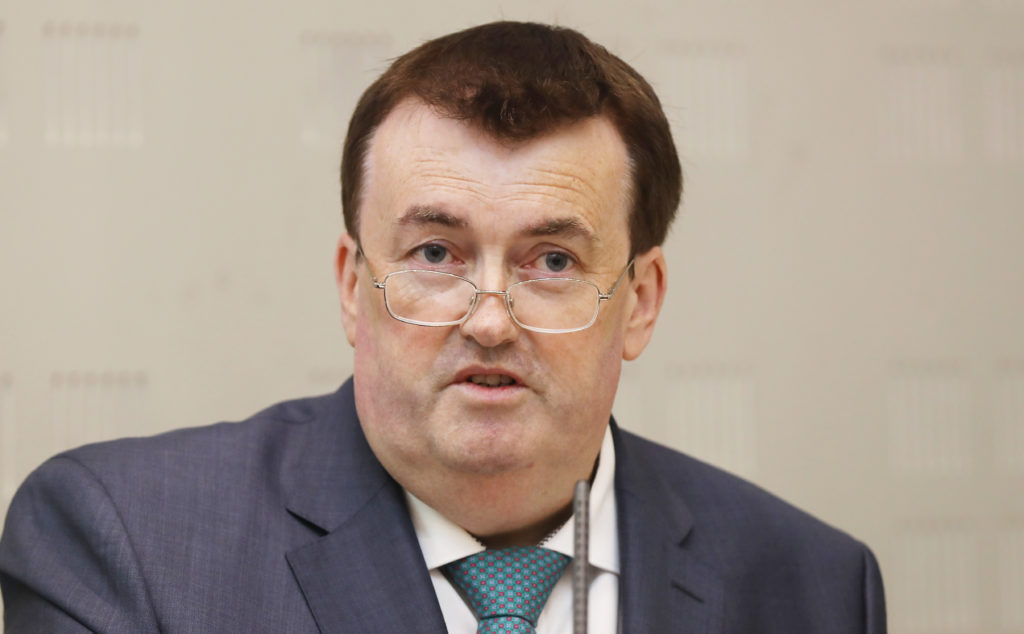 The Minister further admitted that the Government would be actively encouraging voters to support the constitutional change, which would enfranchise many thousands of Irish people across the globe.

“We as a government have issued our programme for government and we will be actively bringing this legislation to the Oireachtas and actively campaigning for this change to allow Irish citizens, no matter where they live in the world, to engage in the presidential election process,” he said.

“We are strongly committed to that and we will be looking for that.”

The Diaspora Minister added: “There are people living within the Republic of Ireland who may have a different view on that for varying reasons, but that’s democracy and that is the process of engagement and that is why referenda in Ireland can be such great fun and unpredictable – we see that no matter what the issues are.

“But it is part of the Government’s view and our programme for government to put forward the legislation followed by the referendum and - if the people agree through the referendum to this change - to implement it in time for the next presidential election.”

Mr Brophy, who took on the Diaspora Minister role in June 2020, amidst the pandemic, also has a message for the Irish community in Britain this Christmas.

“The first thing is to stay safe this Christmas and remember that Christmas, thankfully, comes around every 12 months and we look forward to welcoming hundreds of thousands of people back to see us in Ireland,” he said.

“As soon as it is safe to do, we want travel and tourism to resume and we want people to move freely again and feel comfortable and do it safely, so loved ones can meet loved ones and families can reunite.

“We want all of that to restart and we are really, really optimistic that by the end of summer 2021 we can.”

He added: “Now, I want to say a huge thank you to the thousands and thousands of volunteers and people in organisations that help the diaspora throughout the UK, who have done so much unsung trojan work over the past seven or eight months - above and beyond what is normally a very giving call of duty that they do anyway.

“We all collectively look forward to a better 2021 where they will be able to meet up again with all the people they love and work with on a daily basis.”

Mr Brophy is also looking forward to conducting more face-to-face visits as Diaspora Minister, when the time comes, after months spent holding online meetings with community groups across the world.

And a visit to Britain is likely to be one of his first visits, he confirms.

“The UK will be right up there on the top of places I will want to get to,” he said.

“I really am looking forward to an opportunity to travel and visit everyone.”