AN IRISH mother is making a 161-mile walk to Dublin to lobby for change to help her sick daughter access medicinal marijuana treatment for her daughter.

Vera Twomey is walking from their home in Cork to the Dáil in Dublin for her six-year-old daughter Ava, who has Dravet Syndrome.

Dravet Syndrome occurs in infancy and seizures can be triggered by hot temperatures or fevers, the effects of which can be lessened with the treatment of medicinal cannabis.

It is also a rare drug-resistant form of epilepsy, and for Ava, it means she has hundreds of seizures daily and frequently spends long periods in hospital.

The current legislation in Ireland is that cannabis, and products or preparations extracted from the plant which are psychotogenic, are controlled under the Misuse of Drugs legislation.

Cannabis is listed in the Misuse of Drugs Regulations 1988 under the strictest level of control and medical use is not permitted.

This is due to the absence of sufficient scientific data to demonstrate a clear medical benefit.

In a petition to the Irish Minister for Health Simon Harris, Vera Twomey says she's lobbying for change as she doesn't believe her daughter should have to leave Ireland for treatment.

"She is bright and wonderful when seizure free but now with no options from our doctors, Ava's chance to control her seizures is through medicinal marijuana, available legally in the United States, Australia, Brazil and recently Columbia.

"We want to access this treatment for Ava here in Ireland...We beg the Government to see that a small child like Ava has battled every day with seizures, lasting from two minutes to two hours, and she has astonished doctors with her progress and we are proud of her but imagine what she could achieve if we accessed medication that is proved to work. 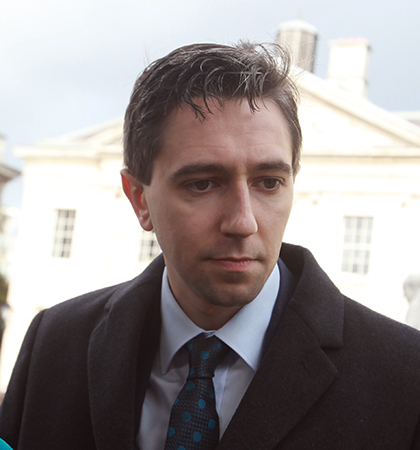 "In the USA children who were having up to three hundred seizures a day were reduced to two a month after beginning CBD oil, reductions of 60 to 80 per cent, even in some cases eliminating seizures completely."

Medicinal cannabis can also be used in the treatment for cancers, MS, chronic pain and other forms of epilepsy.

In a statement, Minister Harris said: "While I do not generally comment on individual cases, I would like to state that I and my Department are doing everything in our power to assist Ms Vera Twomey.

"I completely understand Vera’s great concern for her daughter, Ava, I have met Vera on four occasions and my Department has been in ongoing contact with her to inform her of the options open to her personally as well as keeping her informed of general developments."

A report by the Health Products Regulatory Authority in Ireland found that if cannabis was legalised for medicinal use under an access programme, it should only be used for treatment for MS, chemotherapy, and drug resistant epilepsy.

"My Department is now progressing the establishment of this access [to medical marijuana] programme as a priority. However, it is important to understand that patients accessing cannabis through this programme will need to be recommended for it by their medical consultant."

Vera Twomey responded in a video on her Hope for Ava page stating both of Ava's neurologists have said the legislation in Ireland must change first.

"We're coming to Dublin, and I beg all of you out there to come and walk a bit of the road, or contact Simon Harris or your TD, and tell them to put pressure on the Minister to do something to help my daughter. "

Vera Twomey has so far reached Cashel in Co Tipperary, you can follow her progress here.