A NETFLIX show which depicts Jesus as homosexual has seriously upset the Christian community.

The show, titled The First Temptation of Christ, is a satirical film created by Brazilian comedy troupe Porta dos Fundos.

It centres around Jesus who on his 30th birthday brings what appears to be his boyfriend home to meet the family and his disciples.

The synopsis reads: "Jesus, who’s hitting the big 3-0, brings a surprise guest to meet the family. A Christmas special so wrong, it must be from comedians Porta dos Fundos."

Despite the supposed attempt at 'the comedy', the show - perhaps expectedly - outraged Christians the world over, turning the show into possibly Netflix's most controversial.

Over two-million people have signed a petition calling for the show to be cancelled due to its "highly offensive" portrayal of Christ.

Some subscribers are threatening to boycott Netflix altogether, with one particularly angry viewer fuming: "Netflix, it is very outrageous and disgusting what you are doing by uploading this type of content (the first temptation of Christ) making Jesus Christ look like gay.

"I request to remove this movie or I will be forced to completely leave your platform." 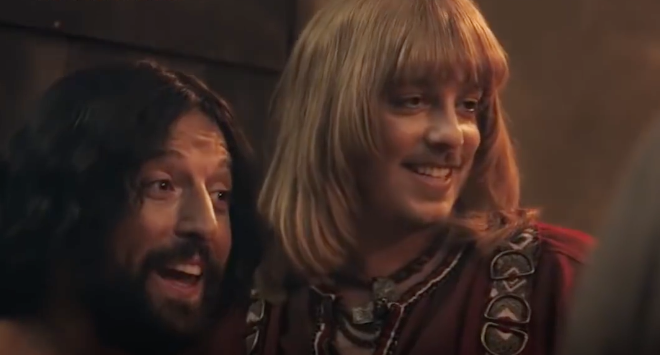 Eeduardo Bolsonaro, son of Brazilian President Jair Bolsonaro, who has described himself in the past as a 'proud' homophobe, launched a scathing attack on the show on Twitter, saying:

"We support freedom of expression, but is it worth attacking the belief of 86 percent of the population?" he wrote.

Brazil is a richly spiritual nation, and also a fairly conservative one when it comes to religion and faith.

There have been recent liberally-charged political movements in the country to bring about about more of a relaxed stance on what can and can't be said about God, and the creation of The First Temptation of Christ - despite its critics - is evidence of that.

Porta dos Fundos responded to the news of a petition, saying in a statement: "We value artistic freedom and humor through satire on the most diverse cultural themes of our society and believes that freedom of expression is an essential construction for a democratic country."