MAYOR of New York City Bill de Blasio has announced the city is to cut its business ties with Donald Trump.

He stressed that the President's role in inciting the Capitol Building riots last week was to blame.

"I'm here to announce that the city of New York is severing all contracts with the Trump Organization," de Blasio said.

The announcement was made via the Mayor of New York's Twitter account, with de Blasio claiming his city "doesn't do business with insurrectionists."

The Trump Organization is under city contract to operate two ice rinks, a carousel in Central Park, and a golf course in the Bronx.

The Trump Organization profits around $17 million per year from the four sites, according to de Blasio. 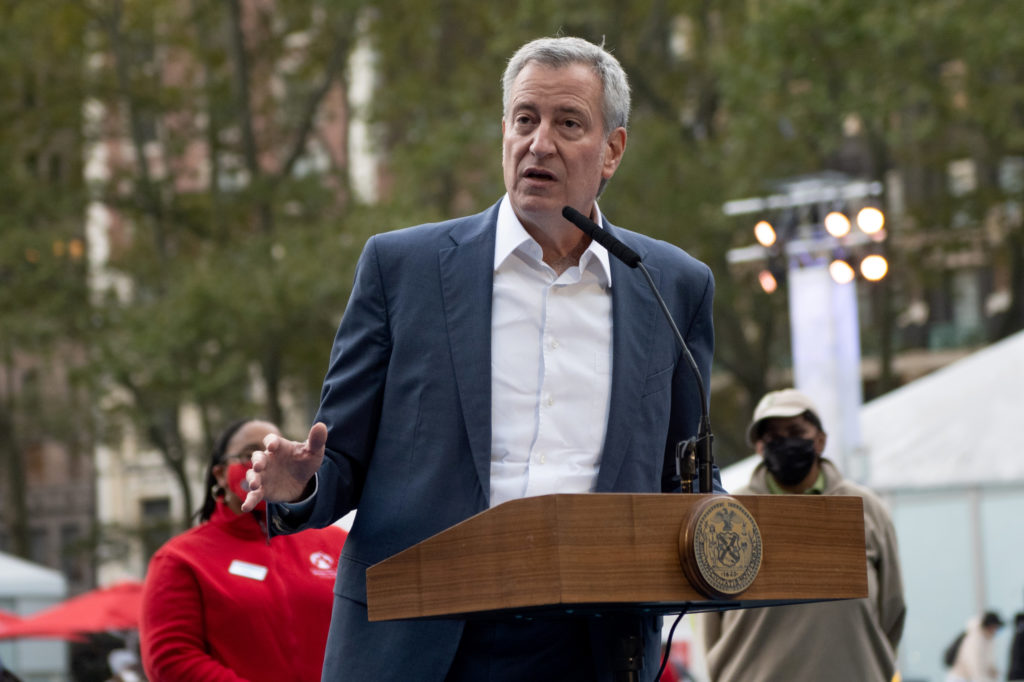 On January 6, a number of Trump supporters stormed the Capitol building in Washington D.C. in an attempt to stop Congress from certifying Joe Biden's election victory.

Five people are understood to have been killed in the riots, including one police officer as protesters clashed with security personnel inside.

Trump was roundly criticised in the wake of the riots and was accused of inciting the violence by encouraging his supporters to press on in protesting the election result.

The severing of his New York business ties is the latest example of how the Capitol riots have affected Trump's business interests.

The PGA of America recently voted to remove the PGA Championship away from his New Jersey golf course next year.