NOEL CLARKE’S Irish co-star on the ITV drama Viewpoint has spoken out in support of the 20 women who have accused the actor of sexual harassment and bullying.

Former Hollyoaks and Derry Girls actress Bronagh Waugh addressed the allegations levelled at Clarke in the wake of ITV’s decision to pull the final episode of the flagship drama series from broadcast schedules.

The UK broadcaster took the decision as they felt it was “no longer appropriate to broadcast the final episode” of Viewpoint in light of the claims made in a report published in The Guardian earlier this week.

Clarke has been accused of groping, harassment and bullying by 20 different women who spoke to the newspaper about their experiences in dealing with the Kidulthood and Doctor Who star.

The 45-year-old “vehemently” denies "any sexual misconduct or wrongdoing".

Speaking in a statement issued in the wake of The Guardian report, Clarke said he intended to “defend myself against these false allegations”. 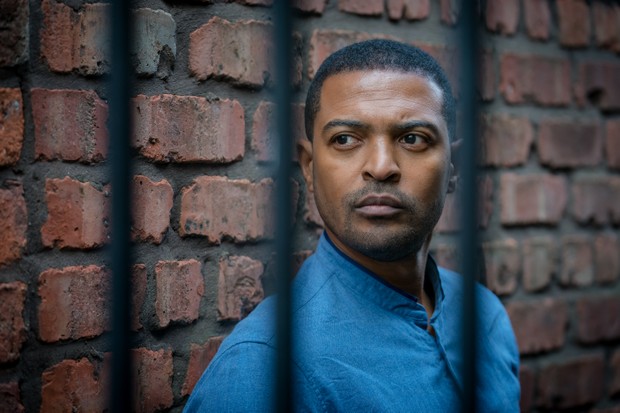 However, Waugh has joined the growing number of co-stars to come out in support of Clarke’s accusers.

The Coleraine-born actress, who plays DC Stella Beckett on Viewpoint, spoke up on Twitter.

"I stand in solidarity with the women who have come forward to bravely & courageously tell their story," she wrote.

"I am deeply saddened and shocked. Everyone deserves to feel safe & be protected in their workplace."

The former Derry Girls actress continued: "Things have to change. We have work to do. Sending love to all of the cast and crew of Viewpoint tonight."

The Irish star’s statement echoed that of another of Clarke’s co-stars Ashley Walters, who appeared alongside the under-fire filmmaker in the Sky series Bulletproof.

Writing on Twitter, Walters said he had been left “deeply saddened” by the revelations and said that while Clarke had been his friend for many years he could not “stand by and ignore the allegations”.

Walters said: "My thoughts are with the women who have come forward and told their awful stories, I am in shock and deeply saddened by what I have heard on a multitude of levels.

"I could never condone behaviour of this nature neither in nor out of the workplace, and whilst Noel has been a friend and colleague for several years, I cannot standby and ignore these allegations.

"Sexual harassment, abuse and bullying have no place in our industry. Every woman has the right to a safe workplace and moving forward I pledge my dedication to this."

Work on a fourth series of Bulletproof has been suspended with Sky reportedly exploring options for a continuation of the series without Clarke.

ITV announced the decision to remove Viewpoint from the schedules this past Friday, citing its "zero tolerance policy to bullying, harassment and victimisation".

"We strongly believe that everyone deserves to work in a supportive and safe environment," it added.

"In light of the very serious nature of the allegations against Noel Clarke raised by 20 women in the Guardian's report, ITV has decided it is no longer appropriate to broadcast the final episode of the drama Viewpoint on ITV main channel this evening."

Clarke has also been suspended by Bafta just weeks after receiving one of the academy’s most prestigious awards.