BEREAVED families and survivors of the Omagh bombing gathered in the Co. Tyrone town yesterday to remember their loved ones, 20 years on.

Hundreds came together at 3pm on Sunday afternoon for an inter-denominational service at the Omagh Memorial Garden, where wreaths were laid as names of the victims were read out one-by-one.

Some 29 people were killed when a car bomb detonated on Market Street at 3.10pm on Saturday, August 15 1998 - including a woman who was pregnant with twins.

The attack came just four months after the signing of the Good Friday Agreement and left more than 200 others injured. 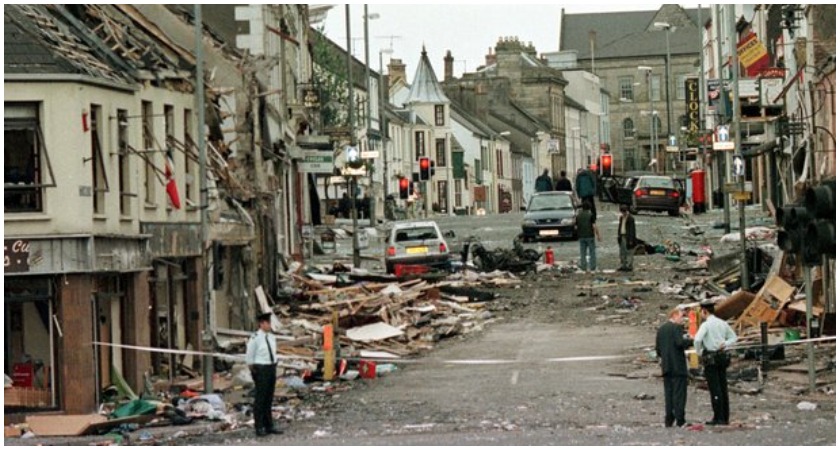 The 1998 Omagh Bombing was the single deadliest atrocity of the Troubles era (Image: Getty)

The Real IRA atrocity was the single deadliest atrocity in the history of the Troubles and was condemned around the world, including by Sinn Féin figures such as Gerry Adams and Martin McGuinness.

No one has ever been convicted of involvement in the bombing.

Representatives of the British, Irish and Spanish Governments were in attendance at yesterday's service to reflect the nationalities of the victims.

The Irish Government was represented by Minister for Health Simon Harris.

He said the Irish Government remained determined to bring "those responsible" for the attack to justice. 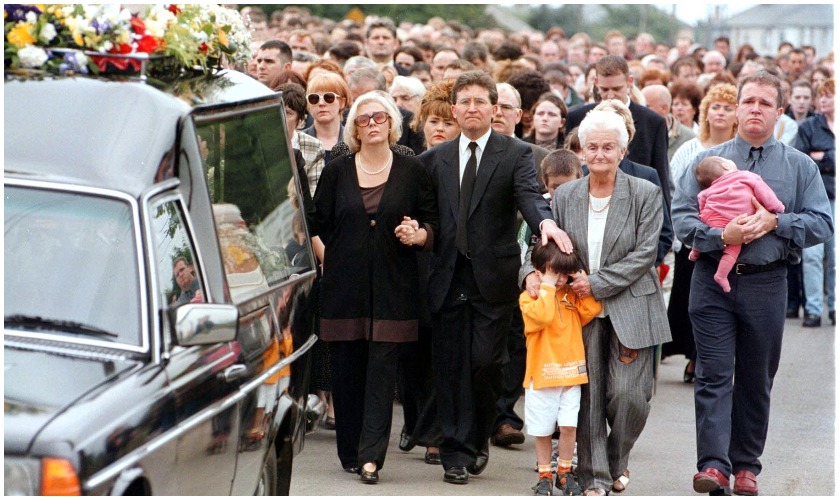 No one has ever been convicted over the Real IRA atrocity (Image: Getty)

Irish Taoiseach Leo Varadkar and UK Northern Ireland secretary Karen Bradley were both criticised for their decision not to attend.

In a statement, Ms Bradley said: “I hope today’s commemoration ceremony provides comfort to all those bereaved and is marked by hope and remembrance.

"We must never forget the loss that the victims of terrorism live with each day and the remarkable courage of all those affected by such unspeakable acts."

Others in attendance included Chief Constable of the PSNI George Hamilton, former Ombudsman Baroness Nuala O’Loan and choir singer Cara McGillion, 17, the daughter of Donna Marie and Garry - who were both seriously injured in the attack.

Ms McGillion performed with the Omagh Community Youth Choir as they sang a piece of music composed specially for the event by musical director, Daryl Simpson. 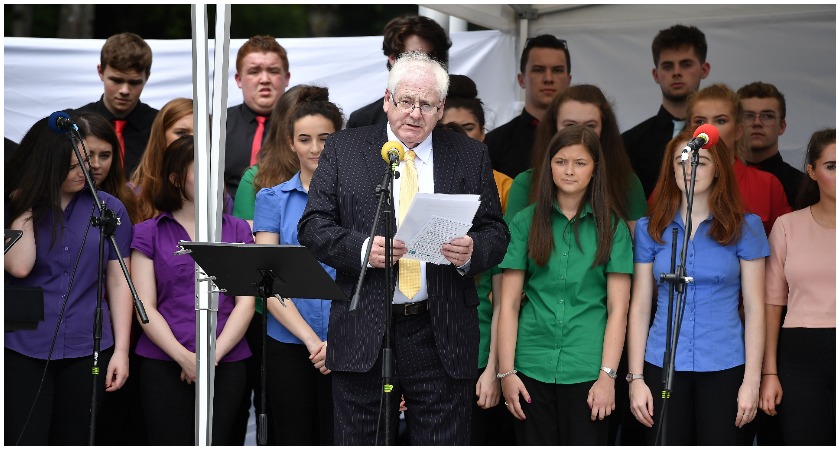 The names of the victims from Northern Ireland, the Republic, England and Spain were read out as the bereaved laid flowers around a 'reflective pool' in the memorial garden.

Michael Gallagher, whose son Aiden was among those killed, paid tribute to all victims of the Troubles in Northern Ireland. 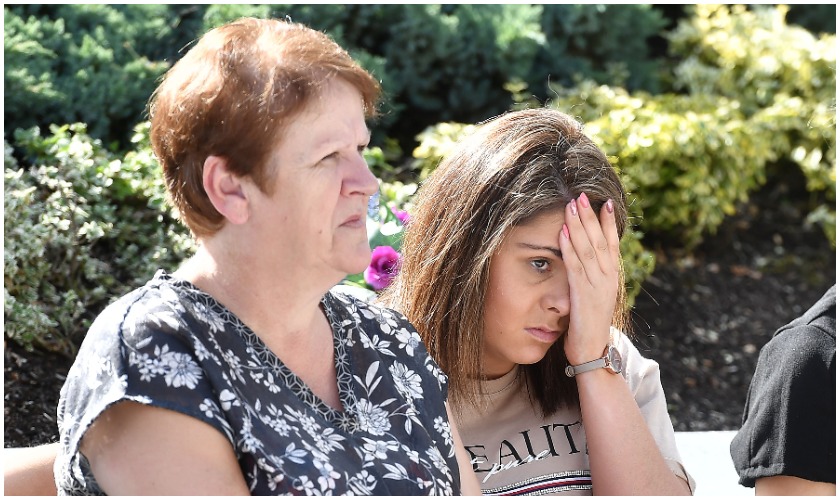 Representatives of the British, Irish and Spanish Governments were in attendance (Image: Getty)

He further called on Sinn Féin and the DUP to end the political stalement at Stormont "so that we can move forward".

On Wednesday, a public reflective event will take place in Omagh to mark exactly 20 years since the bomb exploded.

A bell will be rung 32 times to reflect the 31 lives lost, with an additional ring to remember all those who continue to lose their lives in such atrocities around the world.

The bell will stop ringing at precisely 3.10pm to mark the exact moment of the explosion.