TRIBUTES have been paid to Vicky Phelan at a celebration of her life today in her hometown of Mooncoin, Co. Kilkenny.

The cervical cancer campaigner passed away on November 14 following a years-long battle with illness as a result of a wrong reading of a smear check result.

She was recently laid to rest at a private ceremony but her family held a public celebration of her life at the Church of the Assumption in Mooncoin.

Friends and family spoke at the event, with her sister Lyndsey describing her as 'one of the bravest women in Ireland'.

There were performances from the Mount Sion Choir, Niall Breslin and Vicky's favourite band The Gathering to reflect her love of music, as well as a range poignant gifts to symbolise her life.

'Touched hearts of the nation'

A theme that recurred throughout the addresses was the widespread impact Vicky had despite her personal battle.

"In her life, Vicky profoundly influenced and touched the hearts of this nation," said Fr Martin Tobin.

"In her death, she has earned the sympathy of us all.

"Whatever our beliefs, whatever our faith, let us with thanksgiving remember Vicky this day, her life, her enjoyment of life.

"Let us rededicate to God her work as mother, wife, daughter and campaigner for the rights, the wellbeing and the health of all women." 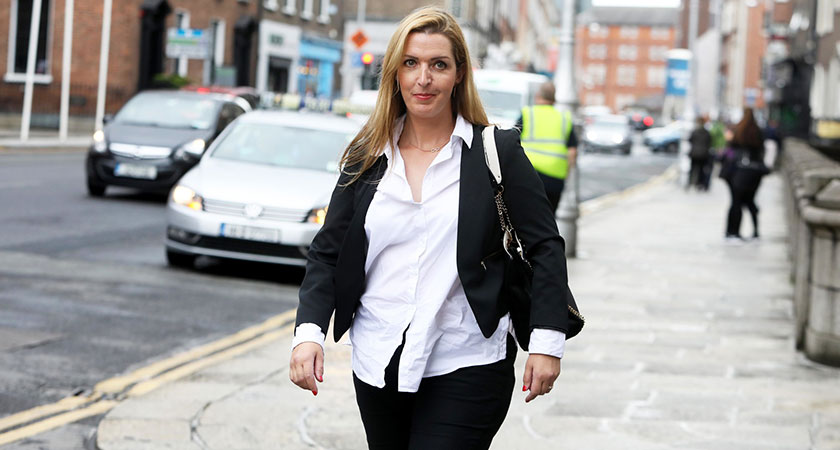 Phelan in 2018 on her way to a meeting with then Taoiseach Leo Varadkar (Image: Leah Farrell/RollingNews.ie)

Gifts brought to the altar included a family photograph, Vicky's Belfast City Marathon medal from 2008 and sand from her favourite place, Doonbeg Beach.

Her daughter Amelia brought a picture of the family's pet cat Luna, who had given Vicky comfort over the years, while her son Darragh carried his mother's doctoral cap from the University of Limerick.

He also carried a gavel which, according to family friend Mary Fitzpatrick, represented 'his mam's fight for truth and justice for the women of Ireland'.

Fr Tobin's words were echoed by Lyndsey Kelly, who said her older sister 'will go down in history as one of the bravest women in Ireland'.

"She told the truth whether you liked it or not and she didn't believe in lies," she said.

"These strong morals and determination become her weapons in her battle for her life over the years."

"She captivated everyone, she was the nation's treasure," added Lyndsey.

"When Vicky spoke, everyone listened; you wanted to her what she had to say, you hung on every word waiting for the next. 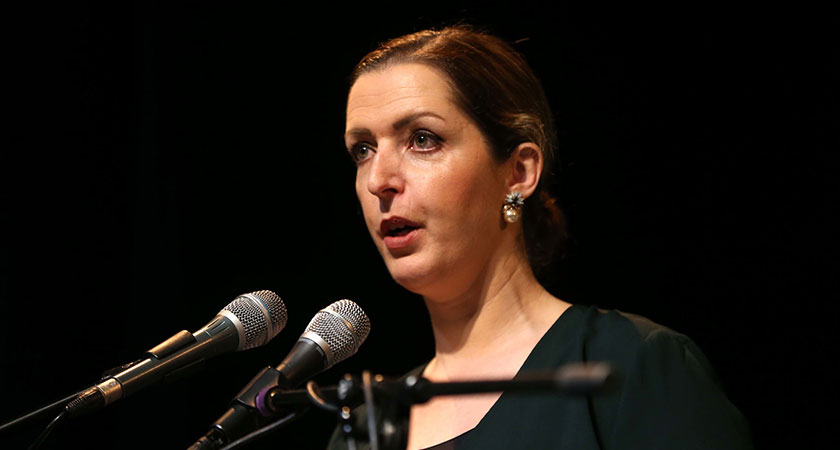 "She touched countless thousands of lives.

"Her fame was not something she wanted for herself but to help others.

"She wanted change and she made sure she made a difference.

"That change had such an impact on so many people's lives.

"We are heartbroken beyond words and there's a void in our lives never to be filled."

He added that while Ireland did get to see some of what she was capable of, the circumstances that enabled that made it bittersweet.

"A nation of people got to love a girl as much as our family loved her."

Most poignant was a speech given on behalf of Vicky's husband Jim and their children.

Despite all that she was going through and her role as a voice for women in Ireland, the statement said she continued to put her family first.

"We're incredibly proud of Vicky, all that she achieved and the amazing person that she was," read the statement.

"Through the toughest of times she showed incredible strength, looking after us, looking out for us and ensuring we always did our best as a family over the last number of years.

"Vicky wanted to tell you all to enjoy today and we hope it will be a memorable one for you all as it will be for us." 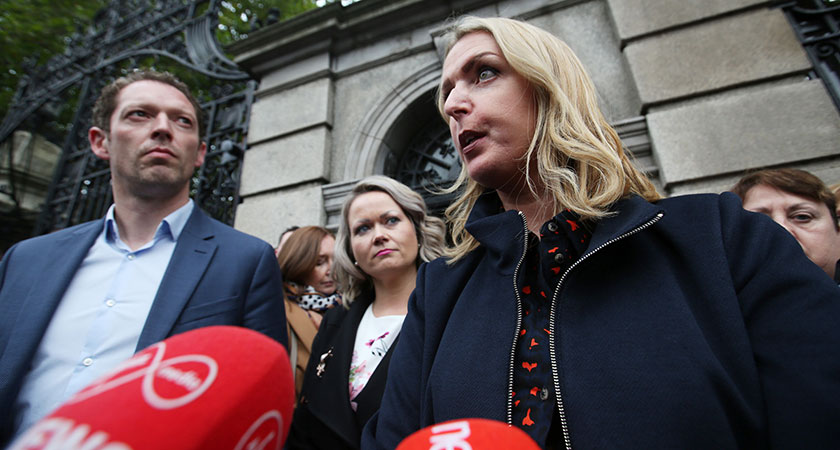 Phelan, right, with fellow campaigners Stephen Teap and Lorraine Walsh outside the Dáil in 2019, surrounded by some of the 221 cervical cancer patients who received an incorrect smear test (Image: Sam Boal/RollingNews.ie

Vicky began her campaign into cancer screening errors after she was initially given the all-clear in 2011 due to an inaccurate smear reading before being diagnosed with cancer three years later.

Her campaigning led to a state apology and a €2.5m settlement with Clinical Pathology Laboratories.

Refusing to sign a non-disclosure agreement, her case helped expose hundreds of instances of women who could have benefitted from early intervention treatment, prompting a government investigation into the controversy.

She continued campaigning and helped found the 221+ Support Group to assist those affected by the CervicalCheck Screening Programme.