THE OVERTONES singer Timmy Matley has died suddenly at the age of 36.

The tragic news was confirmed by his heartbroken bandmates on Twitter today.

"It is with the greatest sadness that we have to announce that our dear friend and brother Timmy has passed away," they wrote.

We know this news will be as heartbreaking for you all as it is for us.

"We appreciate your love and support at this difficult time. Mike, Darren, Mark & Lachie x." 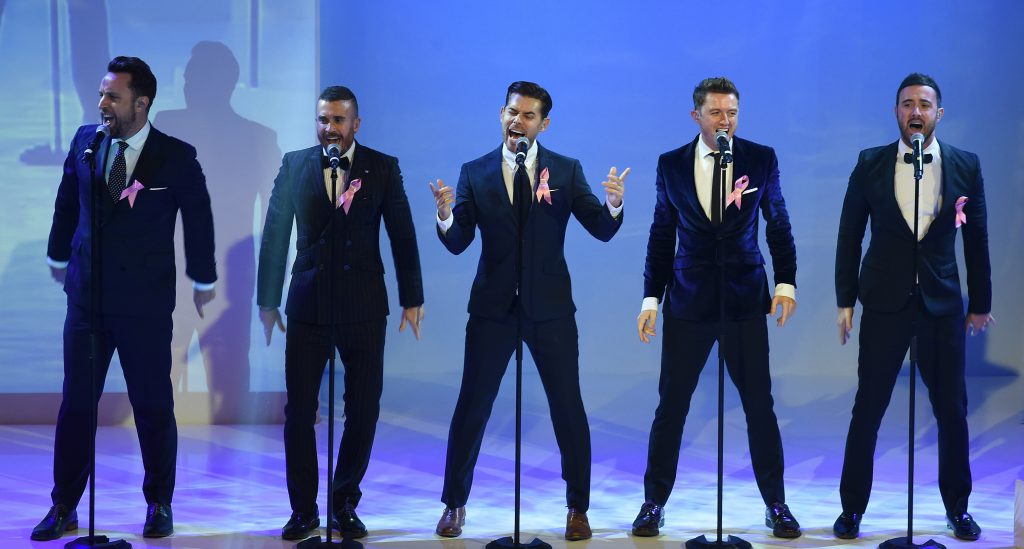 The group had been due to go on tour in Britain this summer.

The Cork singer, who was living in London, had been battling cancer but the cause of his death has not yet been confirmed.

In September 2016 he was diagnosed with stage three malignant melanoma - a form of skin cancer - after finding a lump in his underarm earlier that year.

It is with the greatest sadness that we have to announce that our dear friend and brother Timmy has passed away. We know this news will be as heartbreaking for you all as it is for us. We appreciate your love and support at this difficult time. Mike, Darren, Mark & Lachie x

Mr Matley had been due to take part in a charity skydive on May 3 for the The Royal Marsden Cancer Charity.

The singer had been responding positively to his treatment was was due for his next scan in December - where he had hoped to be given the all-clear.

Writing on his JustGiving page last December he said: "I did a lot of research into melanoma treatment and discovered that the most pioneering treatment was taking place at the Royal Marsden Hospital in London where they had undertaken the biggest trial of the immunotherapy drugs - ipilimumab & nivolumab.

"I started treatment with these drugs in March 2017 and I am happy to say that I am one of the lucky ones who has responded amazingly to this treatment.

"My latest scans look really positive, with most of the cancer in regression, and I've got my fingers crossed that when I have my next full scan at Christmas, I will be diagnosed NED (no evidence of disease)."

This is amazing guys . Made me smile waking up this morning reading your messages and seeing those donations flying in 🙏🏽 Bring on the #timmatleyjumpforlife https://t.co/R3PRCXPK8p raising well needed money for cancer research @royalmarsden @royalmarsdenNHS x

He added: "Throughout the whole course of my treatment, the Royal Marsden have, and continue to be amazing and I just want to do something to say a huge thank you to Dr Larkin, Professor Goer and the whole team at the Royal Marsden.

"By doing this Skydive, I would like to raise as much money as I can to help them continue their incredible research and help more people in the way they have helped me."