Police and ambulance chiefs should resign over Hillsborough disaster, brother of victim says

LIVERPOOL, ENGLAND - SEPTEMBER 10: Steve Kelly of the Hillsborough Justice Campaign poses outside the campaign headquarters near Anfield Stadium, home of Liverpool Football Club on September 10, 2012 in Liverpool, England. Steve Kelly's brother Michael was a victim of the Hillsborough football stadium tragedy in Sheffield on 15 April 1989. On Wednesday relatives and friends of the 96 victims will see the full disclosure of all documents relating to the disaster when they are made public at Liverpool's Anglican Cathedral. (Photo by Christopher Furlong/Getty Images)

THE heads of the police and ambulance forces involved in the Hillsborough disaster should resign, the brother of one of the victims has said.

Stephen Kelly lost his brother Mick, 38, in the crowd crushing tragedy at the FA cup semi-final on April 15, 1989.

Third-generation Irishman Mick was one of 96 fatalities – a further 766 were injured in the incident.

“They’re trying to cover their own backs still,” said Mr Kelly, who attended almost every day of the inquest.

“It just shows that the authorities attitudes haven’t changed."

“I’m calling for the present chief constable of the South Yorkshire Police and the chief executive of the ambulance service to hand in their resignations over this,” he told The Irish Post.

Scroll down for more 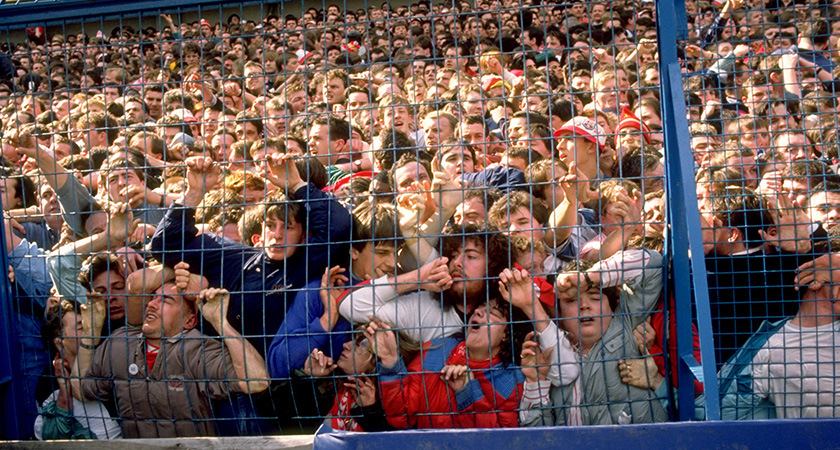 Thousands of fans were crushed against barriers. (Credit: David Cannon/Allsport)

Prosecutors acting on behalf of the families of the victims said yesterday they would “formally consider whether any criminal charges should be brought against any individual or corporate body based upon all the available evidence”.

Mr Kelly, who has roots in Co. Offaly, said this is something he would support.

“Anyone who was found to be somewhat responsible through their actions or lack of actions – that was a criminal act, it was negligent,” he said.

“They should face the courts.”

"To know that this is the result makes us feel vindicated," he added.

"It's difficult to know that our 27 year fight have have been avoided if this had come out sooner."

Operation Resolve, the criminal investigation into the disaster, is continuing, while the Independent Police Complaints Commission (IPCC) is investigating the allegations of a cover-up afterwards.

What happened at the Hillsborough disaster?