Martin Kelly was last seen in 2006

POLICE have made a renewed appeal for information relating to the case of Martin Kelly - who disappeared in Belfast 15 years ago this month.

As the anniversary fell on January 1, the PSNI said there were three people they would like to speak to.

Detective Inspector Keith Wilson said officers remained "committed and determined to discovering what happened to Martin and bringing some form of closure to his family".

Martin, who worked as a plumber and a part-time bar man in the Priory Inn at Holywood, worked on New Year's Eve 2005 and then went on to two house parties with friends.

On New Year's Day, he and his friends went to Pat's Bar in Garmoyle Street, near Belfast docks, to watch a football match.

The friends left and Martin, who is 6ft 1in tall and of slim build with short dark hair, remained in the bar talking to other customers.

He left at about 7.10pm and hasn't been seen since.

He was wearing a black Guinness T-shirt and blue jeans at the time. 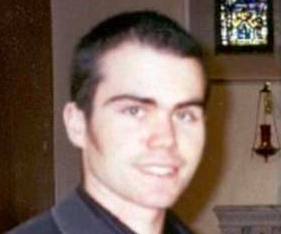 Martin Kelly was last seen in 2006

Det Insp Wilson confirmed they are continuing to follow up new lines of enquiry regarding his disappearance, adding: “Detectives would be keen to speak with some of the people Martin came into contact with in the days leading up to his disappearance.

“This includes a middle aged couple who were in the company of an elderly female in Pat's bar for a short time on the evening of Sunday, 1st January 2006.

“They would also like to speak to a female who may have spoken to and exchanged phone numbers with Martin Kelly in the Priory Inn, Holywood on the evening of Saturday,31st December 2005.”

Police investigating Martin's disappearance at the time carried out searches on land and on the water.

“We have also undertook extensive enquiries but despite conducting a wide range of interviews and reviewing all available CCTV relating to the incident, Martin has not been located,” the PSNI explained.

“This has obviously caused great distress to his family and we would reiterate our appeal for anyone who may have information in relation to Martin to contact us,” they added.

“I would also urge anyone who has in the past provided information anonymously or otherwise, to please consider getting back in touch.”

Information can be given to detectives at Musgrave Police Station by calling 101, or the independent charity Crimestoppers on 0800 555 111, or Missing People on 116 000.