US PRESIDENT Joe Biden has said he is praying for the victims after 10 people were killed and three injured in a suspected racially-motivated gun attack in Buffalo, New York.

The attack occurred at around 2.30pm local time on Saturday at the Tops Friendly Market at 1275 Jefferson Avenue.

According to Buffalo Police Commissioner Joseph Gramaglia, the suspect drove around 200 mile from his home to carry out the attack and arrived at the store heavily armed and wearing tactical gear.

Four people were shot in the parking lot, three of whom died, before the suspect entered the store and carried on his attack, which he live-streamed on social media.

One of the victims was a former police officer, who was working as a security guard at the store.

Gramaglia added that after killing four members of staff and six customers, the suspect put the gun to his own neck, but was persuaded to drop the weapon by Buffalo police officers.

Addressing on the tragedy, President Biden said racially-motivated hate crimes were 'antithetical to everything we stand for in America'.

"Tonight, we grieve for the families of ten people whose lives were senselessly taken and everyone who is suffering the physical and emotional wounds of this horrific shooting," said the President.

"We are grateful for the bravery of members of law enforcement and other first responders who took immediate action to try to protect and save lives. 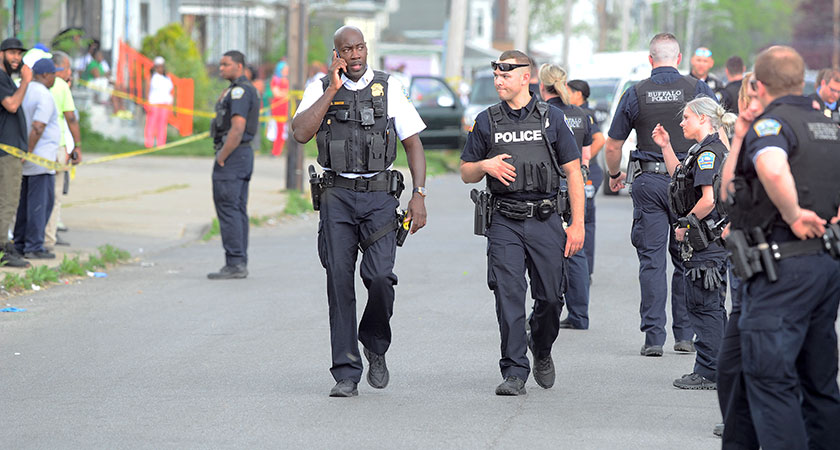 "The First Lady and I are praying for the victims and their families, and hearts all across this country are with the people of Buffalo.

"We still need to learn more about the motivation for today's shooting as law enforcement does its work, but we don't need anything else to state a clear moral truth: A racially motivated hate crime is abhorrent to the very fabric of this nation.

"Any act of domestic terrorism, including an act perpetrated in the name of a repugnant white nationalist ideology, is antithetical to everything we stand for in America.

"Hate must have no safe harbor. We must do everything in our power to end hate-fueled domestic terrorism."

In a statement, Attorney General Merrick B. Garland revealed the Justice Department was treating the shooting as racially-motivated hate crime.

"The FBI and ATF are working closely with the Buffalo Police Department and federal, state, and local law enforcement partners.

“The Justice Department is investigating this matter as a hate crime and an act of racially-motivated violent extremism.

"The Justice Department is committed to conducting a thorough and expeditious investigation into this shooting and to seeking justice for these innocent victims."

In a press conference after the attack, both Erie County Sheriff John Garcia and Buffalo Mayor Byron Brown expressed their horror at the tragedy inflicted on a tight-knit community.

"It was a straight-up racially-motivated hate crime, from somebody outside our community, outside the City of Good Neighbors, coming into our community and trying to inflict that evil upon us." 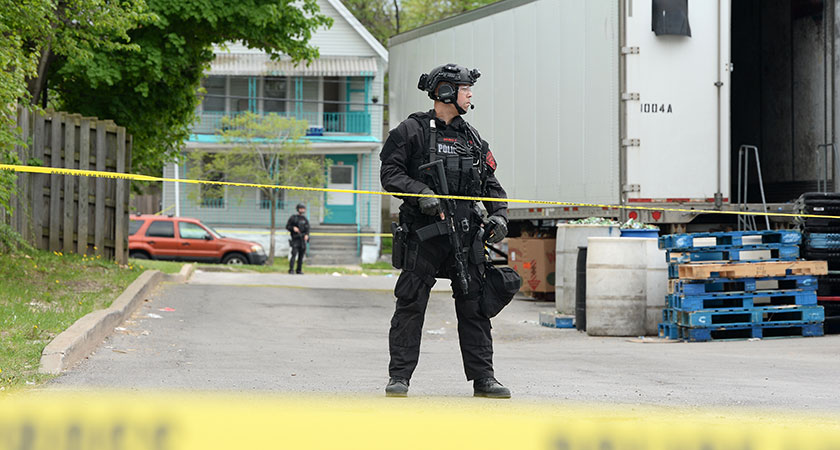 Mayor Brown added: "This is the worst nightmare that any community can face.

"We are hurting and we are seething right now as a community — this is a community where people love each other."

Governor of New York Kathy Hochul also spoke of her ties to the community, adding that the 'white supremacist' shooter would feel the full force of the law.

"This is my community, I know this community well," she said.

"I've walked these streets, I know the individuals who live here, it's a wonderful, tight-knit neighborhood.

"To see that sense of community shattered by an individual, a white supremacist, who has engaged in an act of terrorism — and will be prosecuted as such — in a cold-hearted, cruel, calculating way, a military-style execution targeting people who simply wanted to buy groceries in a neighborhood store, it strikes us in our very hearts to know that there's such evil that lurks out there."

The suspect, 18-year-old Payton Gendron from Conklin, New York, appeared in court on Saturday evening charged with one count of first-degree murder.

"We are now investigating terrorism charges, other murder charges, along with working with our partners in the federal government so that they can perhaps file charges as well," he said.

"So, I assure everyone in this community, justice is being done right now, and justice will be done."

Gendron, who pleaded not guilty, will return to court for a felony hearing on Thursday morning.