PRESIDENT of Ireland Michael D Higgins has paid tribute to the Irish people who died in World War One during today’s Armistice Day commemorations.

The President was speaking at Glasnevin Cemetery in Dublin as the State marked 100 years since the end of the conflict.

He also said those who survived returned to a changed Ireland, which experienced an ‘official amnesia’ with regards to the war. 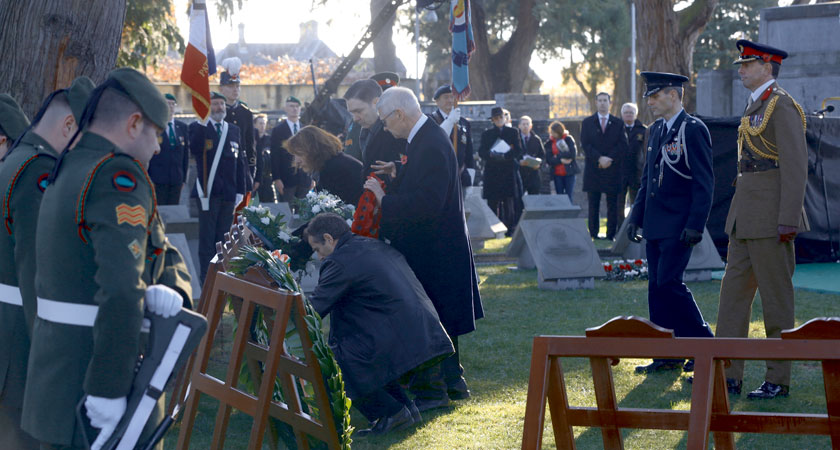 Remembering all those who died in the battle, the President added: “We remember, in particular, the two hundred thousand men from across the island of Ireland, North and South, East and West, who served in that war, and we call to mind in a special way the tens of thousands who never returned home who remain forever in the soil of Belgium, France, Greece and Turkey.”

While enlisting for different reasons, they were united by a shared experience of the hardship war, added the President.

For some, the fighting continued even when they returned home.

An tUachtarain Tofa Michael D Higgins receives a salute from the Captain's Guard of Honour ahead of the Armistice Day Commemoration at Glasnevin Cemetery. #ÓglaighnahÉireann #strengthenthenation #Armistice1918 pic.twitter.com/2PYR4seLeY

“Here, in our country, some of those who came from the front threw themselves into our own battle for national independence, while others would experience a lack of sorrow, compassion, understanding of either their service or their wounds and would struggle to find their place in a rapidly changing Ireland,” said  the President.

“For many years, there was an uncertainty, even a reticence, to recognise the human cost and reality of the First World War, and those who fought and died in it.

“In our public history, the reticence was reflected by a form of official amnesia that left a blank space in our public memory.” 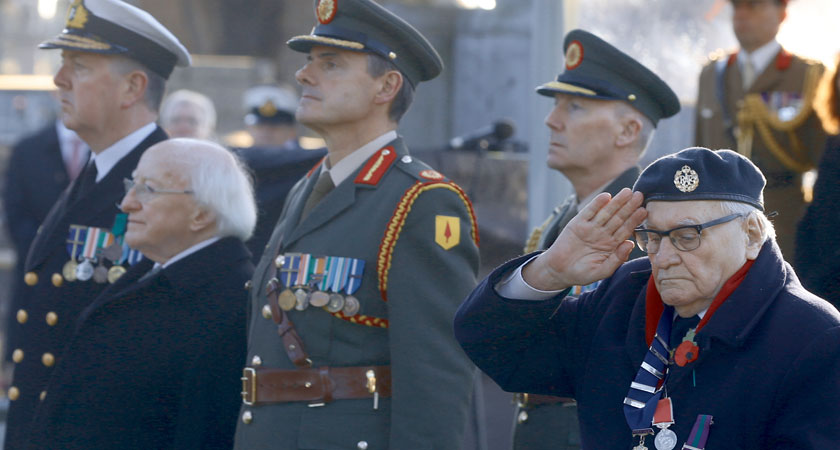 Ireland now has a far greater understanding of the motivation of those who enlisted in the war effort, said the President.

However he called on the country to be a force for peace in a world where an appetite for conflict remains.

“Even as we, in these first decades of the twenty-first century, have the material capacity to abolish all forms of human poverty, to alleviate all unnecessary suffering, we are still devoting so much of our creativity, not to the preservation or achievement of peace, but to the prosecution of and preparation for war,” said President Higgins. 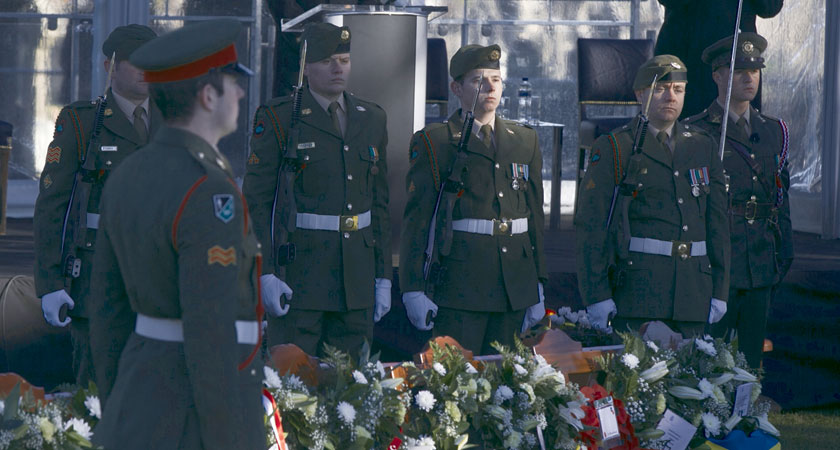 He added: “We must remember that peace will only ever be established, and can only be sustained, when it is based upon the principles of justice, dignity and mutual respect.

“Let us then, on this day, re-dedicate ourselves to cause of peace, and the support of those institutions which promote and preserve the peace.”