THE full scale of incredible archaeological discoveries made at the World Heritage Site of Brú na Bóinne at Newgrange, Co. Meath in 2018 has been revealed to mark the winter solstice.

During the very dry summer experienced by Ireland a half-year ago, remarkable details of stunning archaeological monuments became visible for the first time as cropmarks in the parched fields of the River Boyne floodplain.

The finds in July were followed in August by the discovery of a World War 2 "EIRE" sign at Bray Head, which hit international headlines after being spotted by a Garda Air Support Unit crew in the wake of a fire.

The detail of the ancient monuments uncovered near Newgrange was unprecedented, offering a rare insight into prehistoric ritual and architecture.

In a new interim report, the National Monuments Service released full results of aerial reconnaissance and high resolution aerial photography it has carried out since the discoveries. 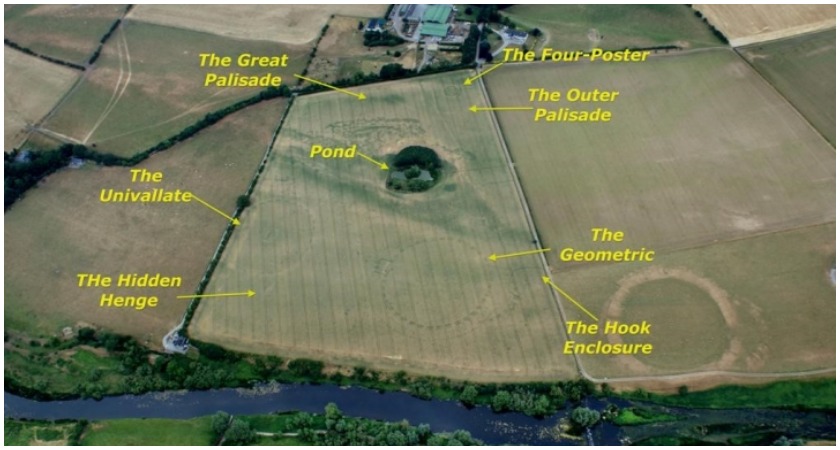 A series of "immense" timber palisade walls measuring nearly a kilometre in length enclosed a vast ceremonial area which was used for mortuary rituals.

Large ceremonial henges and enclosures of timber uprights indicate that the site was used for ceremonial purposes several centuries after the construction of Newgrange's world-famous passage tomb and mounds.

Archaeologists now believe the site was "sanctified" by the original passage tomb – which made the site a place of pilgrimage for the generations that came afterwards. 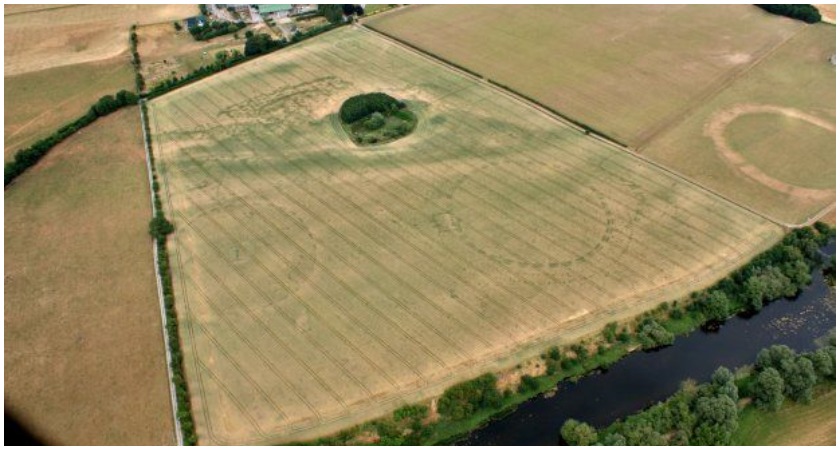 The passage tombs dates from 3,200BC, but the wooden structures that were uncovered during the summer probably date from three centuries later around 2,900BC.

These monuments – visible only fleetingly as cropmarks during the dry summer – "clearly form a deliberately structured and ritual landscape of great significance", according to Josepha Madigan, the Minister for Culture, Heritage and the Gaeltacht.

Ms Madigan described the discoveries as a "significant reinforcement of the UNESCO World Heritage inscription and will transform our understanding of Brú na Bóinne". 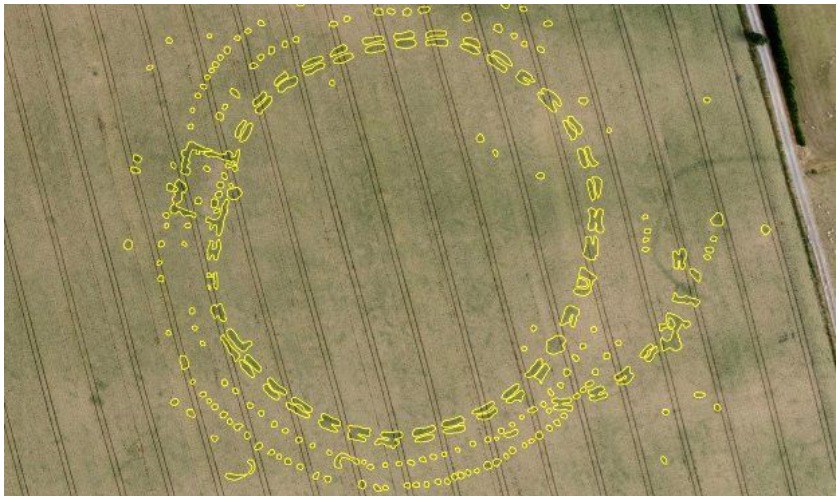 She added: "It is wonderful new knowledge for the OPW’s Brú na Bóinne Visitor Centre, which is being redeveloped with the support of my Department and Fáilte Ireland which will let us tell the ancient story of this wonderful landscape to an international audience and help attract an increased numbers of tourists to the area, contributing to the local economy.

"These discoveries will inspire much interest and will attract further research and interpretation.

"My Department looks forward to working with the landowners and academic institutes and researchers in the years ahead on ensuring the secrets these sites still hold are revealed."