A RESPECTED artist and historian has challenged the romantic clichés attached to former Irish heartlands in Britain.

In an interview with The Irish Post, Bernard Canavan claims waves of Irish emigrants experienced a dramatic change in social values after arriving in Britain.

This had a drip-down affect which contributed to a profound change in Irish society and the softening of attitudes to sex and courtship, the Longford native states.

“There was a revolution of Irish values but it was the ending of Irish values over here,” he said. “Romantic Ireland isn’t buried with O’Leary in the grave, it’s buried in Kilburn and Cricklewood and the graveyards of England.”

He added: “Music was changing, fashion flourishing and courtship too, and of course attitudes to sex. 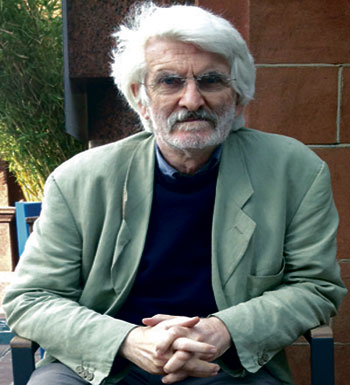 “There was a sexual revolution in the ’60s for everyone. You had the opportunity to live the atomised city life and still be Irish. Ballrooms like the Galtymore were lively places and they were symbolic of that life.”

On the changing nature of courtship for those newly arrived in Britain, the London-based artist explained: “There were a lot of difficulties negotiating face-to-face contact with people, where previously it was done by families and parents.

"The old courtship expression in Dublin was, ‘Will you fix me up with your sister’. That changed in England where there were crowds of people. But did sex come to the forefront? Of course it did.”

He added: “It was a very macho world. There were lots of fights which were quite violent and the image men wanted was of being tough. There was a self-centredness that people learned and they had to learn. You have a practical identity and that’s what becomes important.”