Aaron Smith put the favourites in total control with two early tries and the All Blacks ran through seven in total in a thoroughly one-sided contest.

It took a shellshocked Ireland 68 minutes to register their first score of the evening and on a day when they slipped to their record World Cup defeat, Robbie Henshaw’s penalty try and subsequent Joey Carberry conversion offered little consolation.

It’s hard to believe on this showing that this was a side ranked number one in the world just over a month ago. 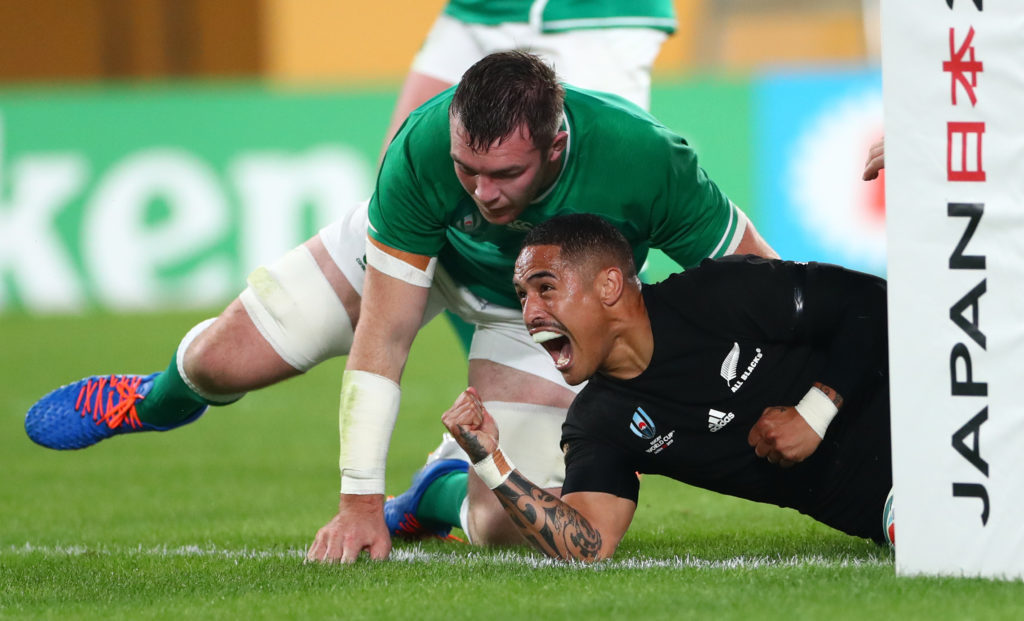 “Heartbroken wouldn't be too far away from how I feel and how the players feel,” said Schmidt afterwards.

“You tend to carry your scars a lot more than your successes and those scars are deep. That’s why I’m a little bit broken.

“I think we were a little bit flat on the back of having a few niggles during the week. We weren’t quite sure what the team would be until Thursday.

He added: “I felt that we needed to get off to a good start to build a bit of confidence, and when that didn’t happen I always felt that we would be a bit vulnerable. 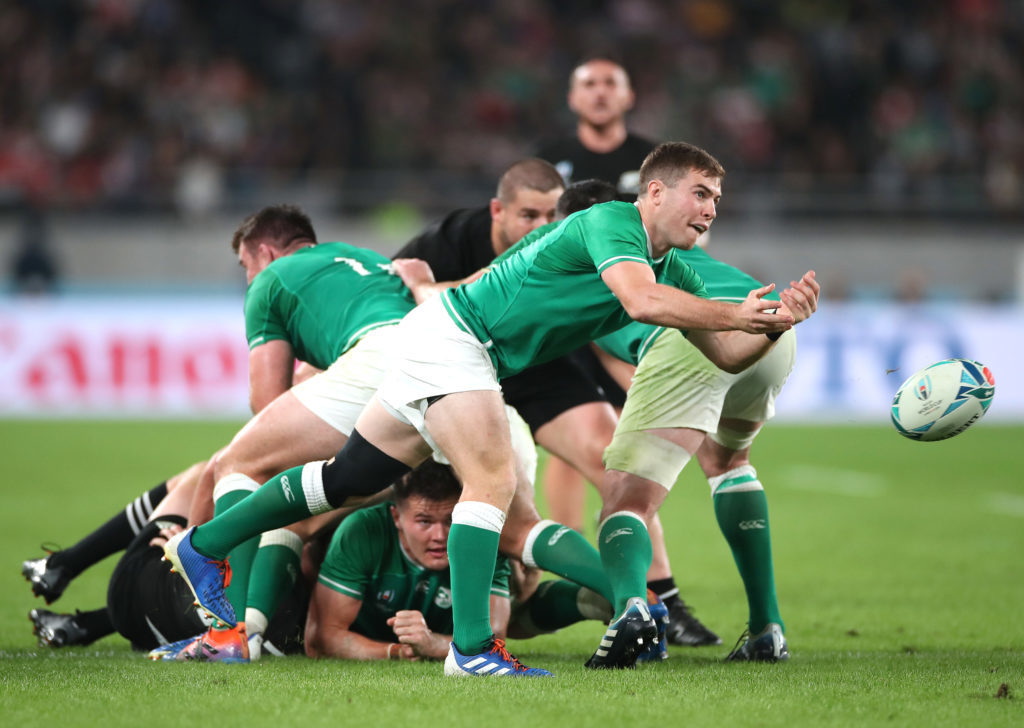 Luke McGrath of Ireland offloads the ball during the Rugby World Cup 2019 Quarter Final match between New Zealand and Ireland at the Tokyo Stadium on October 19, 2019 in Chofu, Tokyo, Japan. (Photo by Cameron Spencer/Getty Images)

"I don't really have an excuse for it or a reason for it,” [the high error count during the game].

"They are good enough to win games without us inviting them in.

"It was incredibly disappointing.

“Today, we just met a team who I think are number one in the world for a reason. If you’re not on the money you’re going to be incredibly disappointed and I am.”

Kiwi coach Steve Hansen praised his fellow countryman for the success he has brought to Ireland and hand kind words for retiring captain Rory Best as well.

However, the suggestion that Ireland possessed more experience in key areas in the build up to this contest still clearly rankled with him.

“It was interesting to hear of how experienced Ireland are,” he said.

“Half of our 23 had played in the knockout of the World Cup and won. That was the difference, wasn’t it?

“I’m not being disrespectful here in saying that, but Ireland’s experience was not to win. And we have the guys who actually had experience of winning.

“That’s why you’ve got to be careful when you start talking about experience.”