A POLL which asked people in Northern Ireland how they would vote in an Irish Reunification referendum has resulted in a 51% majority in favour of joining the Republic of Ireland.

The poll, which was set up by former Conservative Party chairman Lord Ashcroft, asked ‘If there was a referendum tomorrow, how would you vote?’, and gave two options:

For Northern Ireland to leave the UK and join the Republic of Ireland, and;

For Northern Ireland to stay in the UK.

Overall, the results were 51% for reunification to 49% for remaining in the UK. 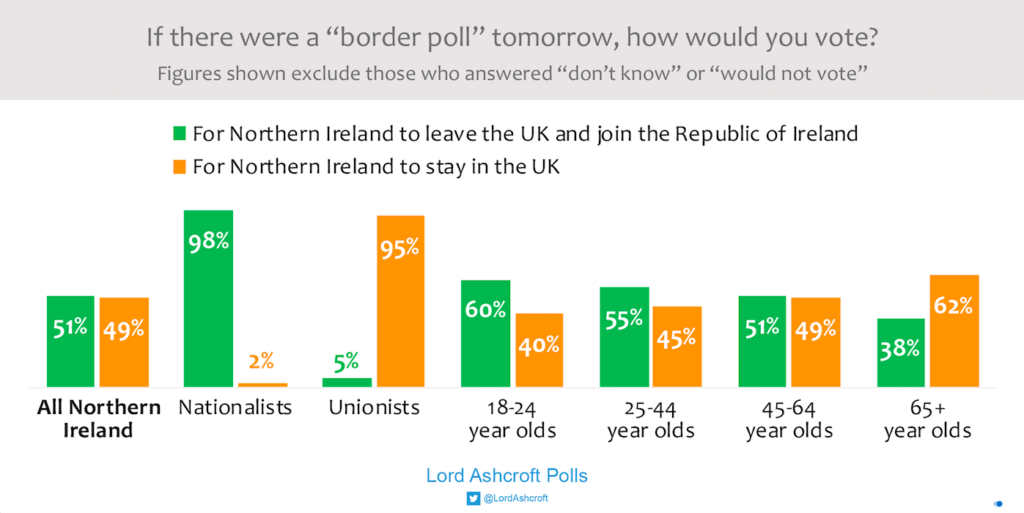 The results were broken down into demographics such as between Nationalists and Unionists and differing age groups.

It showed that 98% of nationalists were in favour of joining the Republic compared to 95% of unionists who wished to remain in the UK.

Results were further broken down into age groups, with only the 65+ demographic winning a majority in favour of staying within the UK.

A further poll asked voters whether it was more important for Northern Ireland to remain a part of either the EU or the UK, and the EU won out by an 11% difference: 55% to 44%. 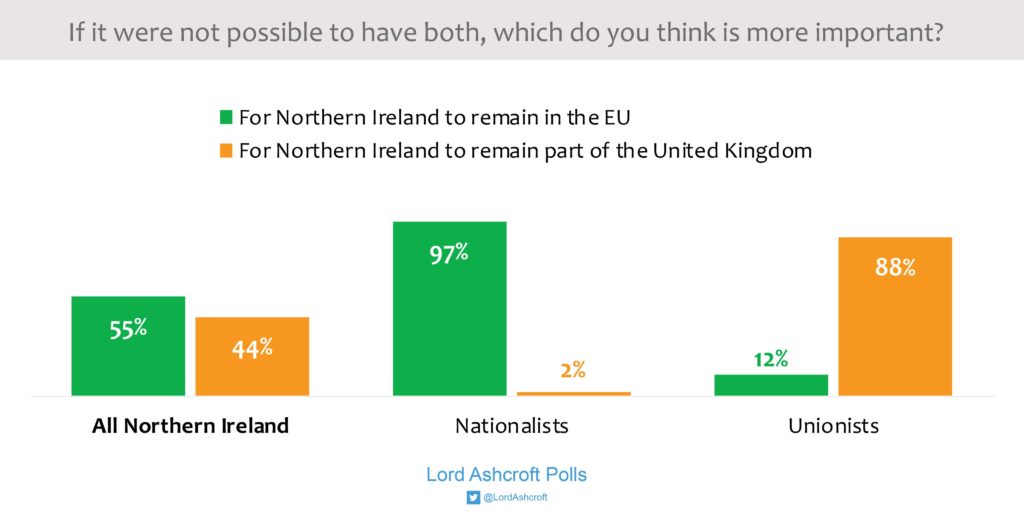 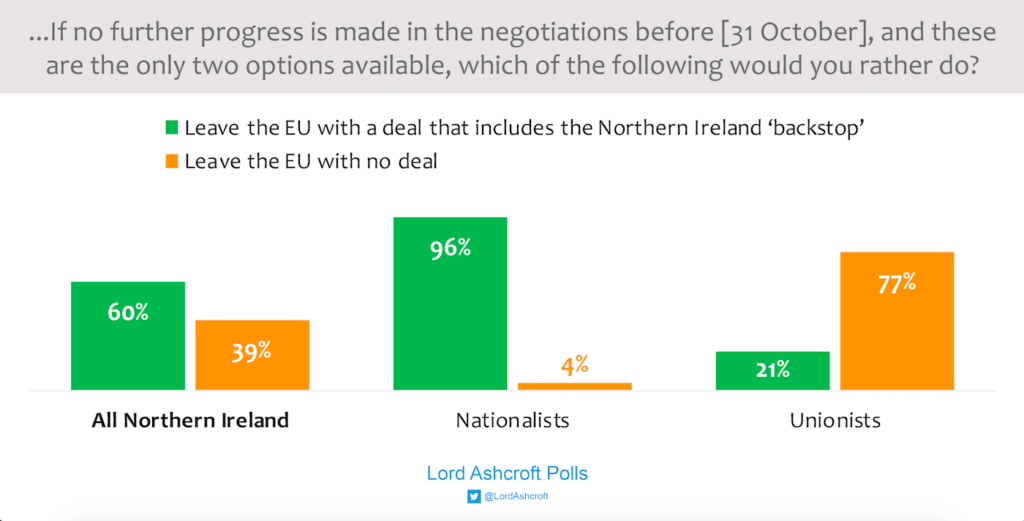 These results showed a large majority are in favour of a backstop, with 60% of voters preferring that option rather than a no deal exit.

Another poll gathered evidence from voters about which was of more importance to them: ensuring that there will be no return to a hard border, or NI maintaining the same rules and regulations as the rest of the UK. In this case, a majority of 61% believed it was more important to keep the border between Ireland and the North completely invisible.

Of course, these polls are far from legally binding, but they do offer a glimpse into the mindset of voters in Northern Ireland, and it is significant that at times quite a large percentage of unionists appear to agree with nationalist voters.

Full details of the polls and their results are available here.

Ireland and Northern Ireland will be among the most affected areas should the UK leave the EU in a disruptive manner—namely, without a deal.

Leaked ‘Yellowhammer documents’ detailing the probable effects of a no-deal exit have claimed that avoiding a hard border in Ireland is not sustainable.