SINN Féin has launched a brazen advertising campaign to promote the notion of Irish unity.

It emerged today that the party has placed adverts, calling for a United Ireland referendum, in a number of prominent American newspapers.

Behind the move is the Friends of Sinn Féin organisation, who are looking to capitalise on Irish-American support for the reunification of Ireland.

According to the Irish Times, both the New York Times and the Washington Post have run half-page spreads of an advert titled: 'A United Ireland - Let the people have their say'.

The promotion has been carefully placed in the run up to St Patrick's Day to try and drum up as much Irish-American patriotism as possible.

The ad states that "the Good Friday Agreement provides for a referendum on Irish Unity. It is for the people to determine their future," while calling for the Irish government to "promote and plan for unity".

"As Americans, we call upon our government and public representatives to urge the British government to set the date for the Unity Referendum." 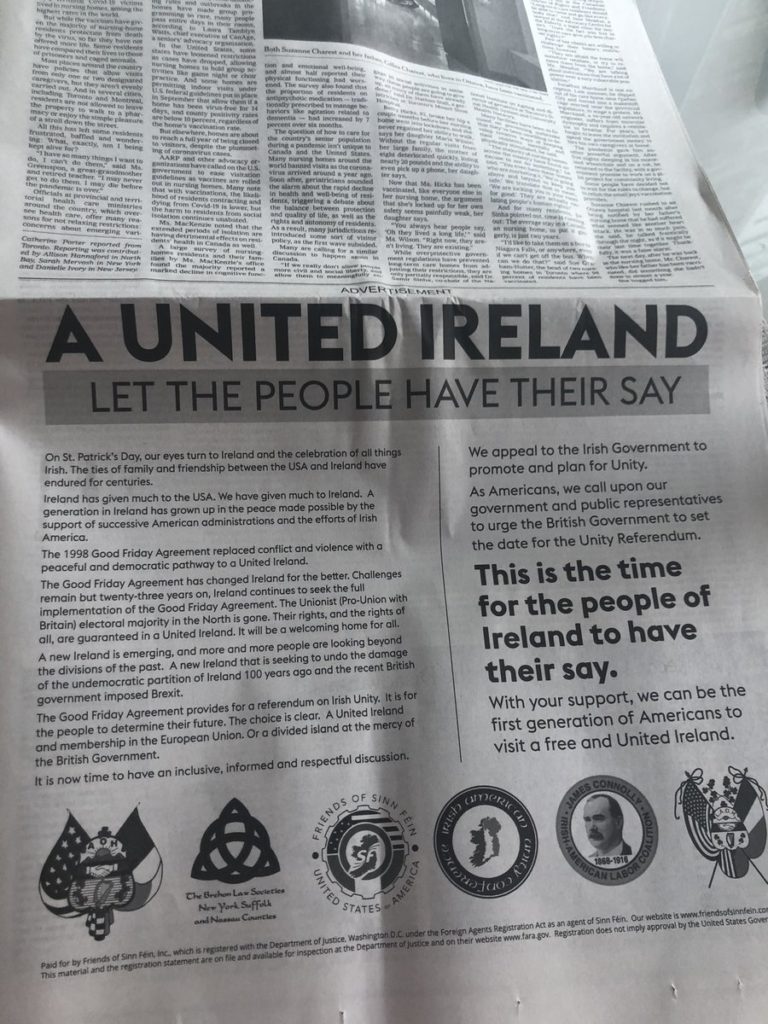 "A new Ireland is emerging, and more and more people are looking beyond the divisions of the past. A new Ireland that is seeking to undo the damage of the undemocratic partition of Ireland 100 years ago and the recent British government imposed Brexit.

"This is the time for the people of Ireland to have their say. With your support, we can be the first generation of Americans to visit a free and United Ireland."