MOURNERS started to filter into bars on the Kilburn High Road from about 5pm.

The dark of autumn fell on the street and dark suits speckled pubs like The Black Lion and filled others like the Sir Colin Campbell.

Across the road, the doors of The Kingdom Bar were locked shut, the lights turned off in respect to the late Christy Kissane.

The pavements along the high road spilled mourners onto the street.

With a hushed voice Sean Moriarty from the Kerry Association London, described Christy Kissane as The King of Kilburn.

“That’s just what he was,” he said of his long time Association president. “He helped so many people down the years...it’s been a hard week.” 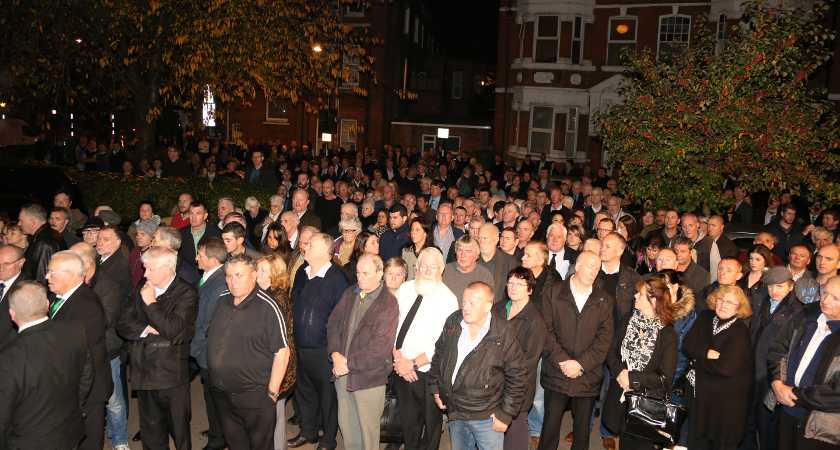 Hundreds turned out to pay their respects to Christy Kissane

The pavements continued to fill with hundreds of Irish Londoners who travelled to bid farewell yesterday to the 69 year-old Kerry man who has stood as a pillar of Irish London for so long.

Some of the dark suits sported green ties and members of the Kingdom/Kerry Gaels GAA club stood waiting in a neat line - the club to which Kissane dedicated not hours but decades. 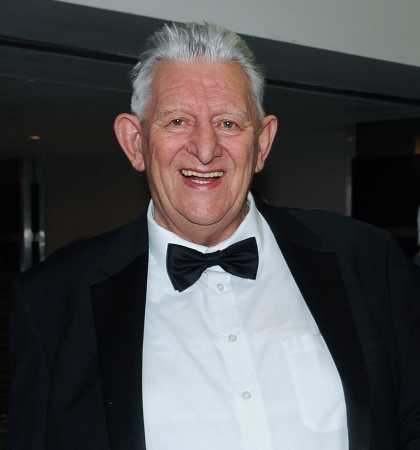 Only weeks ago Christy Kissane was setting off for yet another All-Ireland final. Remarkably it would be his 53rd in 54 years away from home.

Now, Kerry’s county colors covered his casket as the hearse slowed for a last emotional call at the landmark bar.

One woman arrived to the front to declare that she’d walked down from St Mary’s Church because it was already packed to bursting and "had been for some time".

Conversations that accompanied the arrival of the hearse now fell quiet.

A lone piper wearing a kilt faced the hearse. His salute struck into a night now cooling. Passing cars slowed and heads craned to look.

The piper made a ceremonial about turn towards the high road and two men walked confidently into the rush hour traffic.

They raised hands and stopped two lines of buses, cars and trucks snaking back to Cricklewood and Maida Vale in both direction.

No horns beeped as the cortege pulled slowly out onto the high road.

The only sound was that of stationary engines turning over and the lament of a piper now walking steadily towards Quex Road.

Commuters looked down curiously from the upper deck of buses and Kilburn was still around a stream of mourners now spilling from the road back onto the footpath. 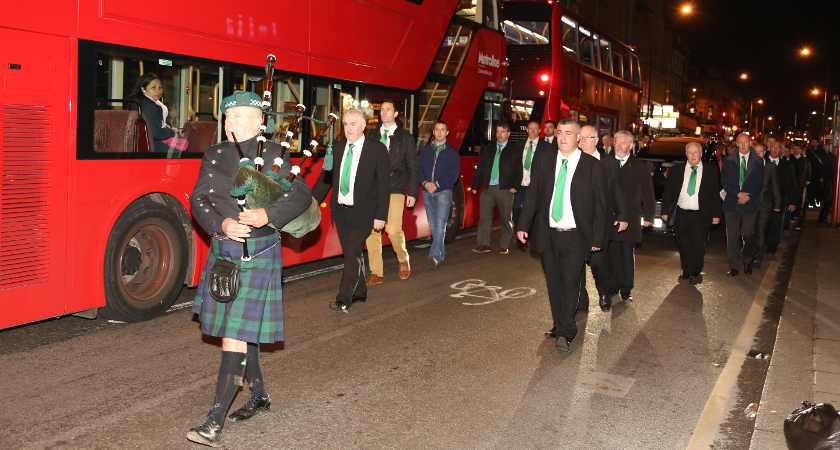 The funeral cortege for Christy Kissane was led by a piper

The lights of the Coopers Arms pub were turned off as mark of respect in time for the passing of the cortege. Punters gathered outside stood upright and silent.

Some made the sign of the cross, others wondered why the police weren’t present to manage traffic still halted by the huge crowd.

“Kerry people do it there own way,” smiled one man from Clare.

On Mazenod Avenue, the crowd packed so tight around the entrance of the church that it felt like a stadium terrace.

A camera flashed from an upstairs window across the street, capturing a mourning party now filling the intersection of QuexRoad and Mazenod Avenue. 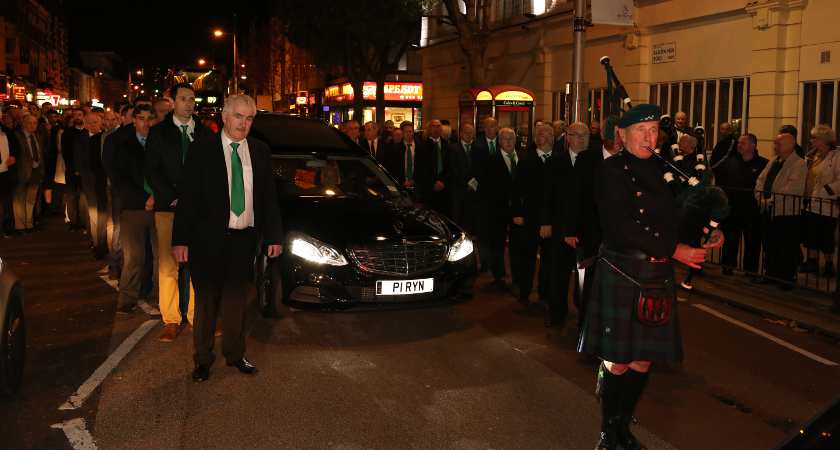 Christy Kissane was described as the king of Kilburn

Residents who only moments earlier had been trying to exit the avenue saw their route way blocked. One car tooted a horn and the driver was angrily directed to reverse back the way he came.

A solemn crowd looked up the incline to the church as Christy’s remains were carefully lifted from the hearse.

Shouldering the casket, dark suited pallbearers stopped and set themselves for the steps.

One man stood forward to adjust the green and gold flag across the coffin. 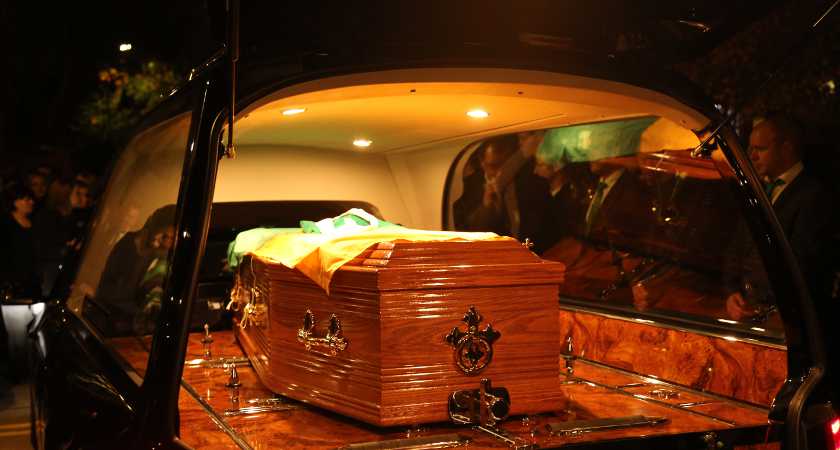 Using exaggerated arm waves, the priest sprinkled holy water on the casket and blessed Christy Kissane on his journey.

Spotlights shining from the door of the church illuminated the falling drops of water.

Then the casket moved slowly into the throng.

A Godfather of Irish London, a King of the Kilburn High Road was on his way home to Kerry.

Donations in lieu of flowers please to Recovery Haven, Kerry.