THOUSANDS of people took to the streets of Dublin on Saturday for an anti-abortion rally.

The Rally for Life, organised by the Life Institute, was the first in-person march since 2019 due to the Covid-19 pandemic.

The organisers are calling for the Irish Government's review into the Health (Regulation of Termination of Pregnancy) Act 2018 to examine what it calls 'the disturbing outcomes of the abortion legislation'. 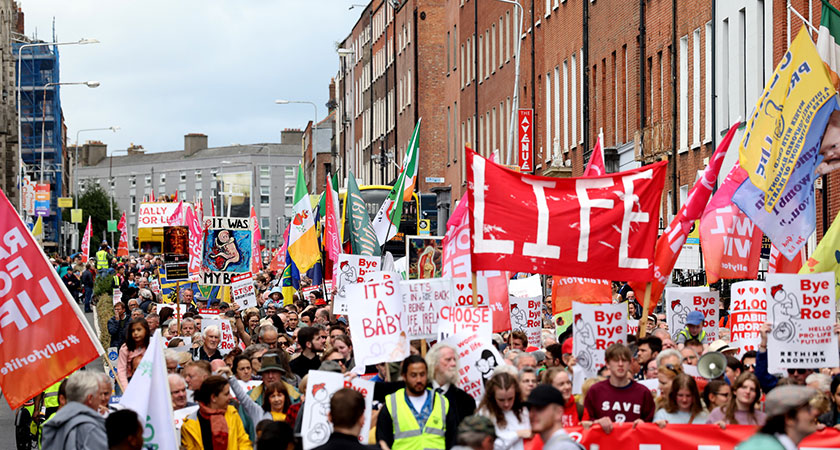 The organisation says there has been a rise in abortions since the repeal of the Eighth Amendment in 2018.

It adds that there has also been an increase in the number of women travelling to Britain for abortions following Downs Syndrome diagnoses, claiming this is 'indicative of the government's failure to support families'.

The rally left Parnell Square at 2pm and marched down O'Connell Street before hearing speeches at Custom House Quay. 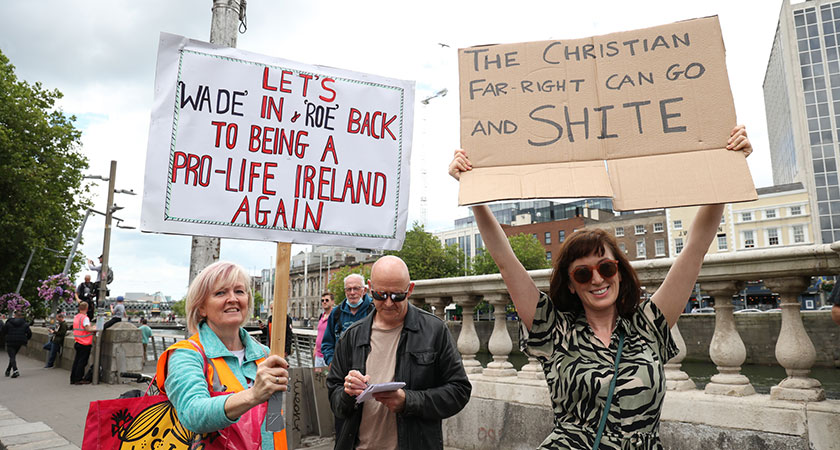 Demonstrators from both sides of the debate were in attendance (Image: Sam Boal/Rollingnews.ie)

Among the speakers were Pro-life TDs Peadar Tóibín of Aontú and Independents Carol Nolan and Mattie McGrath.

Also speaking at the event was Dr Dermot Kearney, an Irish cardiologist practising in the Britain who has provided reversal treatment to women that have begun the medical abortion process.

The Life Institute welcomed the move, with spokeswoman Megan Ní Scealláin claiming in the wake of the ruling that Ireland will follow suit.

"We will overturn our abortion laws," she said. 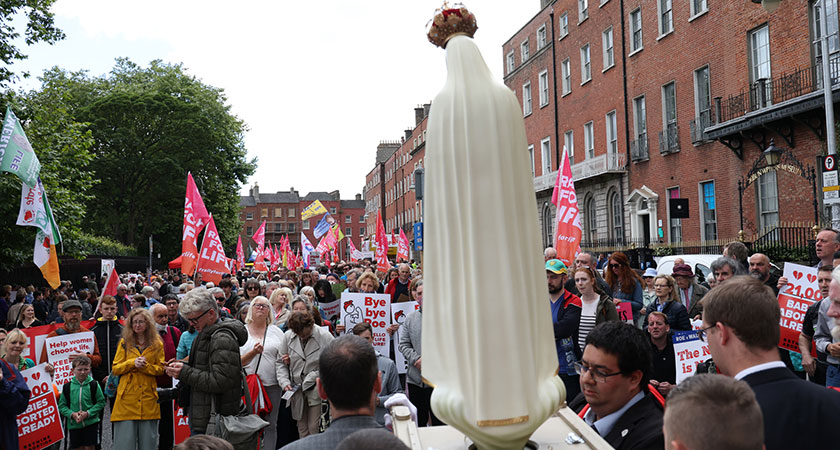 Some anti-abortion demonstrators with a statue of the Virgin Mary (Image: Sam Boal/Rollingnews.ie)

"They are cruel and inhumane, and both mother and child deserve better.

"This ruling shows the power of perseverance, of never giving up, of keeping the path lit, because abortion has no place in a truly compassionate society."

However, Ireland's Abortion Rights Campaign (ARC) has criticised the decision, calling it 'the culmination of a decades-long quest from anti-abortion groups to erase reproductive rights'.

"We must resist the erosion of our hard-won rights at every turn — in the USA, in Ireland, and across the globe," said ARC spokesperson Darina Murray. 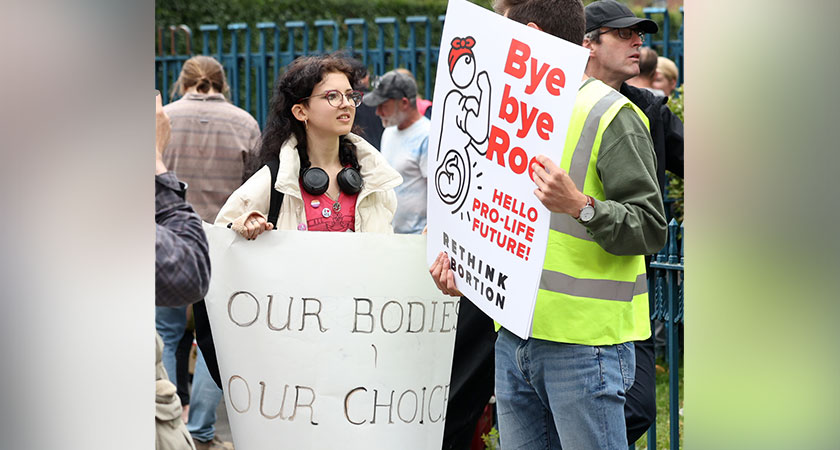 Opposing demonstrators with placards for and against abortion *Image: Sam Boal/Rollingnews.ie)