Thousands of people march to Merrion Square in Dublin on Saturday in a protest against the cost-of-living crisis (Image: Sam Boal / RollingNews.ie)

AROUND 20,000 people took to the streets of Dublin on Saturday to protest against the cost-of-living crisis.

The event, organised by the Cost of Living Coalition, comes ahead of Tuesday's Budget, with many struggling with rising utility bills and soaring rents.

Protesters gathered at Parnell Square before setting off down O'Connell Street towards Merrion Square. 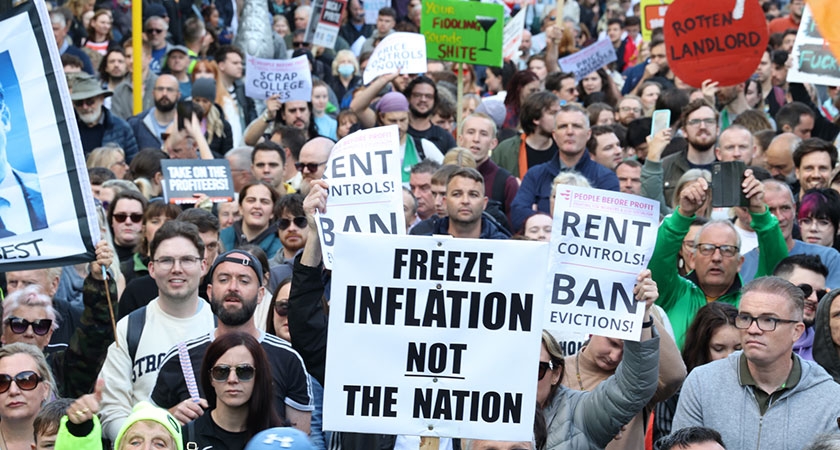 Marchers waved placards reading 'Time for Change' while others called for a freeze on inflation and a ban on property evictions.

There were also chants of 'Too many landlords in the Dáil, that's why rents will never fall'.

The Coalition is supported by various organisations, including trade unions and political parties. 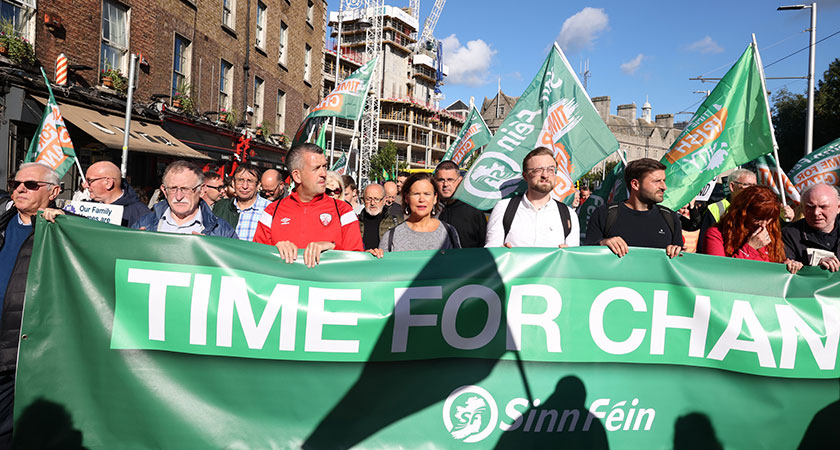 One of the speakers was Sinn Féin President Mary Lou McDonald, who told protesters that the leaders of the coalition government parties 'do not listen to ordinary people'.

"This cost-of-living crisis shows again the huge inequalities that exist in Ireland," she said.

"It shows how Ireland works under parties that have government now for more than a century. 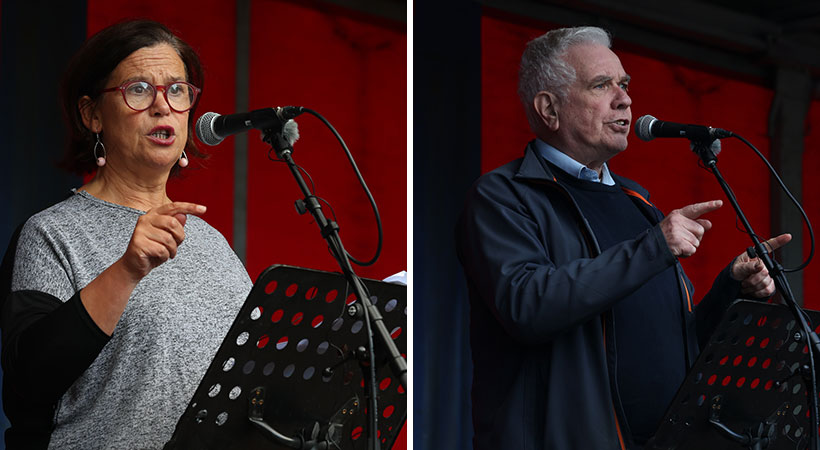 "Workers and families struggle to afford the basics; people struggle to light and heat their homes; renters can't pay their rent; your mortgage interest rates [have been] hiked up.

"Things have gotten so bad that parents now worry if they can put food on the table for children."

McDonald urged the government to cut electric bills and cap them at pre-crisis levels, implement a three-year rent freeze and increase funding for health and social services. 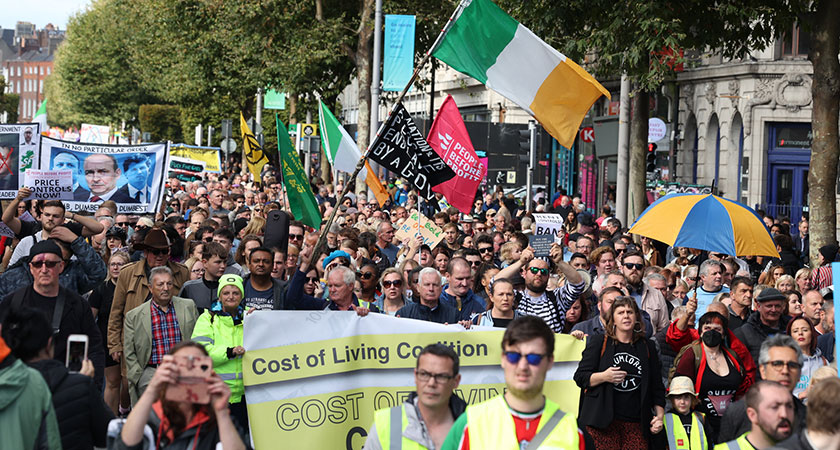 Boyd, the convenor of the coalition, called for the nationalisation of the energy system, while anti-homeless campaigner McVerry warned that the government's failure of its citizens could see disillusioned young people leave Ireland. 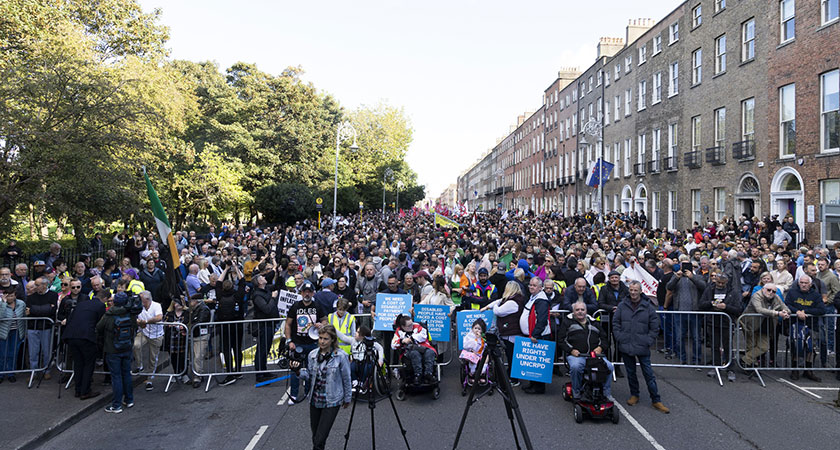 Budget 2023 to be revealed today