I AM a feminist. I am 22 years old, Irish, non-religious, and completely pro-life.

As a politically active student who enjoys gender studies modules, I have spent quite a lot of time engaged in this debate.

But neither women nor men have yet been granted the right to end a life.

So we are arguing for the right to be allowed to stop this potential for life reaching its ‘baby’ phase because no one wants to take care of it.

Because families are too poor and cannot afford more children, because young girls are getting pregnant and babies shouldn’t raise babies, because women with fledgling careers are crying at the waste of a university degree.

To begin with dismantling these arguments, it is a basic human right to reproduce and if someone is too poor to have any more children, we should address our horribly failing economy before the pregnancy in question.

It may seem emotionally traumatic to carry the cluster of cells for nine months and then let it go, but if a person truly doesn’t want it then it should be an easy choice to make. At least the potential hasn’t been totally cut off – just sent off into this world to live.

The women who would be faced with this choice to abort or not, are often in extremely vulnerable places, emotionally, and cannot be expected to evaluate their own personal circumstances objectively and without fear.

To allow a choice between life and not is of huge magnitude, it is a choice we do not even give to the oldest and sickest in society, to take their own lives, yet a vulnerable woman can make the choice to cut off a potential which no one can know the true scope of.

Yes, people are dragged up in council estates, dirt poor, uneducated and beaten, so instead of addressing the still massive gap between proletariat and elite, let's introduce a measure for population control.

To force a woman to carry an unwanted child to term and let it go seems inhumane but so does taking that potential for a life away. Even to live the most degraded of lives, is still to live.

I argue that there is a law which restricts peoples control over their own bodies, a law which directly interferes with our personal choices, a law that directly creates an industry for the mass death and maiming of women and children: the illegality of prostitution. 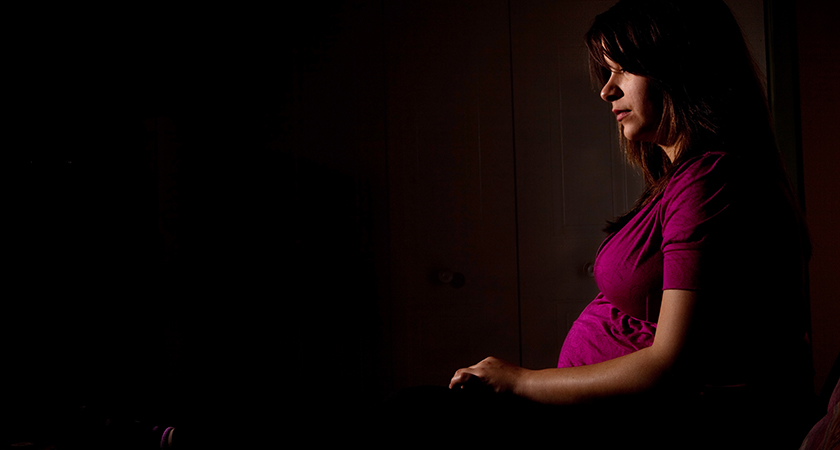 'To force a woman to carry an unwanted child to term and let it go seems inhumane but so does taking that potential for a life away.' (Picture: iStock)

I am pro-choice for what I can do with my body. If I am in a position well below the poverty line and cannot fill my fridge, at least I am sitting on something I can sell.

The law forbids this, a practice which is one of the oldest professions in the world. It drives the industry underground where women are not freely entering the business but being forced, controlled and beaten.

This can be extended to women, men and children and yet no one is campaigning for that choice.

Instead, we are reverting to arguments first made by women in the 60s and 80s who were under the sexual thumb of their husbands and the Catholic Church with no access to birth control and were forced to opt for illegal and unsafe abortions.

Women were dying horribly. They needed birth control and they screamed for the right to abortion.

Today, we have massive amounts of control over our organs, we have sex when we choose to and have a variety of birth control methods to choose from.

If there is an accident with a condom or a missed pill, we have three days to get to a chemist and pay 20 quid for a re-take.

We have so much control and choice, I beg of you to recognise the harsh and unnecessary nature of abortion, I beg of you to campaign for better adoption services and better supports for young mums.

I beg of every fellow Irish woman to not allow the argument of, “Well, I wouldn’t get one myself but the choice should be there," because the choice to give that kid to a new family is allowing that life a chance, however slim the chance at success is in this corrupt and capitalistic society.

I would like to acknowledge in the case of the certain death of the mother, she should be given the choice of who goes.

I also acknowledge the horribly difficult situation of the pregnant rape victim.

Having a personal understanding of this type of victim, I know I would not want that child.

I also know we have an amendment in our laws for this particular situation and I beg of you, leave it at that.

Katie Fitzgerald is a University of Limerick student originally from Cork.