DR TONY HOLOHAN says he's confident there will be a "significant suppression" of coronavirus in Ireland over the coming weeks as we approach the second week of full lockdown.

Ireland's Chief Medical Officer spoke to reporters last night during a press briefing at the Department of Health.

He insisted that despite recent hiccups, Ireland's contact tracing system was working effectively and doing a great deal to curb any potential spread of the virus.

"I think the contact tracing system is very robust and particularly so, where we're going to get to and I'm confident - we'll wait and see what the numbers will be - we will see a significant supression of this virus over the next coming weeks," Holohan said.

"We just hope it will be as much as we need but we'll get down to much lower levels of transmission.

"The scale, the capacity, the speed, the expertise, the responsiveness of the contact tracing and testing and all the other parts of the chain." 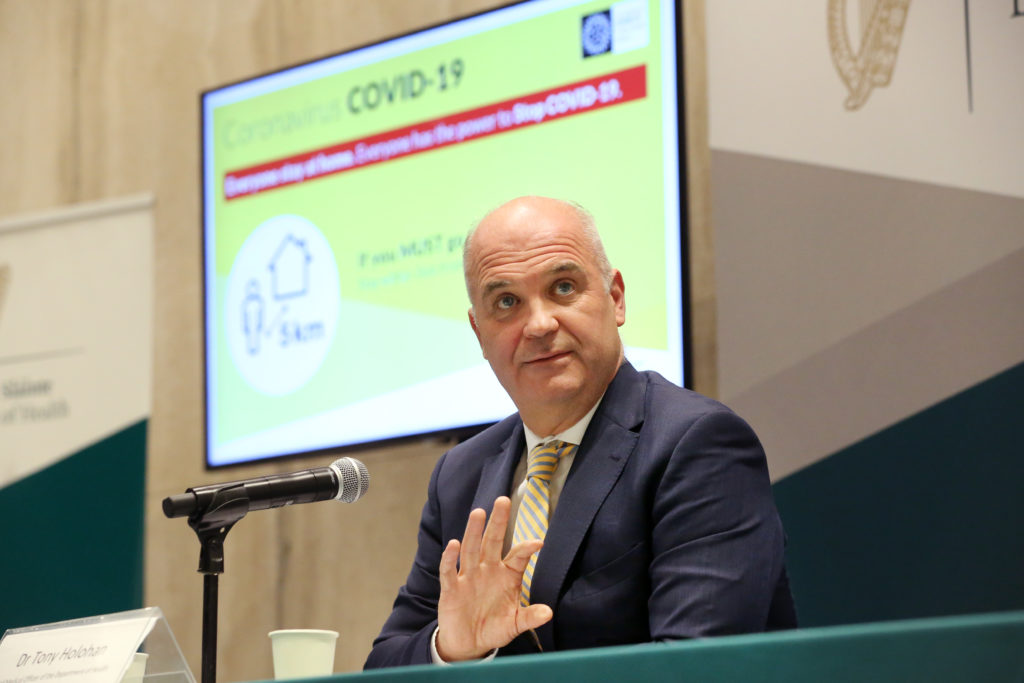 Ireland is currently just under a week into Level Five restrictions, and while the country has seen a "small reduction" in cases, Dr Holohan insists it's too early to tell whether the restrictions are working properly.

"There has been a small reduction in what we look at which is a more stable rate, the five day moving average, over the course of the last number of days," he said.

"We've had in the last four-days, three of those days reporting less than the thousand cases a day, which was a number we were reporting at least a 1,000 a day for a period of four, five days.

"I would stop short of saying that that's any kind of trend that we can take any encouragement from at this stage.

"We need to see this kind of change and we need to see it being kept up and accelerated if anything from where we are at the moment.

"We're definitely not at a stage where we can draw a conclusion that this is a trend or this is us getting to the place we wanted to get to.

"Obviously it's much better to see cases lower rather than higher because they'd been increasing inexorably day on day for quite a number of weeks.

"But are we at a point where we have turned that particular corner, definitely not."