A MAN suspected of a triple-murder ran naked through the streets of Keeling, Virginia, while trying to evade capture by police.

18-year-old Matthew Bernard was arrested last week on suspicion of a triple homicide which left two women and a child dead.

It's alleged that the deceased are Bernards' mother, sister and one-year-old nephew. 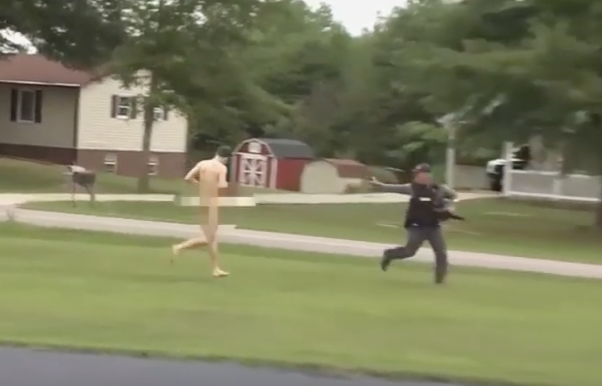 Before he was taken down by a police-dog unit, Bernard ran at a reporter, attacked a local church caretaker and was maced by a lone officer, before charging off down the road, out of the town.

In the video, captured by Virginia TV-station WSET-TV, the suspect, not wearing any clothes, runs at an officer, who sprays mace at him in reply. Bernard, wiping his face, then runs towards a man in a church carpark and puts an arm around in his neck, before the pursuing officer manages to intervene.

He then runs off down the road before being taken down and arrested by a K-9 unit. 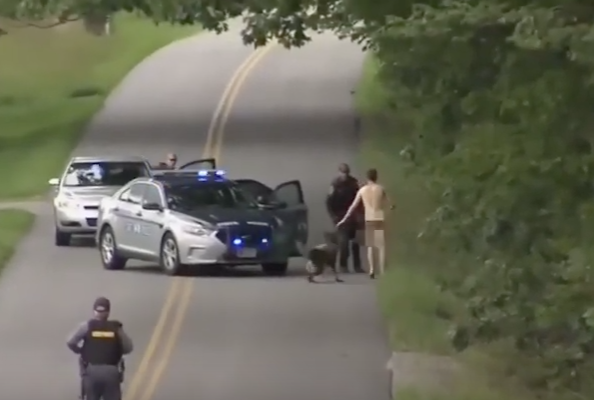 Taylor added that his office received a 911 call around 8am on Tuesday August 27. Officers arrived to find a woman dead on the driveway and two more bodies inside the house.

The incident sparked an hour-long man hunt that saw over 100 officers put on response. Nine schools in the local area were reportedly sent into lockdown while police searched for the suspect.

Bernard is now being held in custody while a court date is being finalised.

Details of how or why the incident occurred are still not known, although it's believed that a rifle was involved.