Momodou Jallow and Daniel Kamara have both been jailed for killing Joe O'Brien (PIC: GMP)

TWO men have been jailed for killing a young man following a fight outside a pub in Oldham earlier this year.

Barrister’s clerk Joe O’Brien, 24, was killed by one stab wound inflicted during a large fight which took place outside the Oak Hotel pub in Failsworth in the early hours of Sunday, April 21.

Momodou Jallow, 21, of Ashley Lane, Moston, was found guilty of Joe’s murder by a jury at Liverpool Crown Court.

On November 19 he was sentenced to life and will serve a minimum of 22 years in prison.

Daniel Kamara, 22, of Beswick Drive, Failsworth, was found guilty of Joe's manslaughter and received an 11-year sentence, at least half of which will be served in custody. 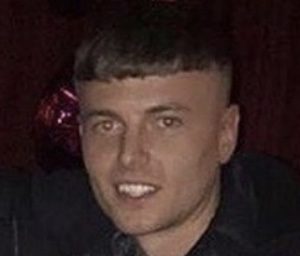 Joe O'Brien was murdered during a pub fight in Oldham in April 2019 (Pic: GMP)

During the trial, the court heard that at around 3am on April 21, 2019 a fight broke out, initially on Oldham Road before proceeding to Pole Lane.

The fight, involving the group of men – some of whom had knives – resulted in a 21-year-old man suffering multiple stab wounds.

The fighting then continued onto Oldham Road, where Joe and two of his friends arrived in their car after a friend had rang to be picked up as he had concerns that the fight was escalating.

As the three men made their way to collect their friend, Jallow fatally stabbed Joe once in the neck causing a wound that extended to his chest.

Paramedics attended the scene and took Joe to hospital but sadly he passed away due to his injuries a short time afterwards.

Police arrested Daniel Kamara later that morning after his release from hospital and Momodou Jallow on Wednesday 24 May 2019. Both males were arrested on suspicion of murder and were later charged.

Detective Chief Inspector Chery Chatterton of GMP’s Major Incident Team, Serious Crime Division, said: “This was a despicable act that took a young man’s life and affected many others.

“Our thoughts remain with Joe’s family who have had to endure the most unimaginably painful ordeal this year and we hope today’s verdict can give them some closure.

“We continue to tackle the possession and use of bladed articles on our streets and maintain our commitment to ensure the safety of the communities we serve.”

Tributes paid to a man who was “cherished by so many”

Following the sentencing of Joe O’Brien’s killers, his family paid tribute to a young man who was "one of the good guys".

Joe’s mum, Roz McDonald said: “Our Joe’s life was taken for no reason whatsoever. A life with so much left to do and cherished by so many.

When a life sentence is given in court, I never knew that it was about the victim and their family and friends.

Every day, every week, and every year, Joe is and will be on our minds. He is missed so much by so many.

Joe was kind, funny, laid-back and loved his music. He loved his nephews and niece; losing him will affect their lives forever.

Joe was one of the good guys; he carried a comb, not a knife.

Words don’t describe what Joe’s death has done to his friends; all decent young lads who are traumatised for the rest of their lives.

If a life sentence meant life for the perpetrators and a 10 year minimum sentence for carrying a knife, maybe no one else would have to suffer and the trend would end.

Joe’s sister Rhianne O'Brien said: “I believe that justice has been served to the best it could be, by finding this defendant guilty.

He clearly lied throughout the case, as well as showing no remorse for what he and his friends did to Joe that night.

I feel that there was not enough reference to the fact that Joe was not involved in any disagreement or fight until he arrived to pick his friend up; he had been stabbed two minutes after.

Joe was a nice young man. He saw his friends hurt and got out of the car to defend and help them.

If Joe had been anything but the decent young man he was, he would still be alive. Instead Jallow took the coward's route and stabbed Joe as he fell over.

Joe would be happy with the support and love of his friends and family, as well as justice being served.

Joe hated knives and people that carry them as there is only one intention when you carry one, to use it.

Our family has been ripped apart and left heart broken by Joe’s death with every person trying to cope in their own way.

Joe just loved to go out raving and dancing. He never caused anyone any trouble.

Joe’s death is a tragedy that will never stop impacting on our lives.

My mum will never have her youngest son walk through the door again and she will never get over that.

I will miss Joe forever and so will everyone he knew. He will never have children but his name and memory will live on in our hearts forever."