TAOISEACH LEO VARADKAR and his foreign minister Simon Coveney are shooting themselves in the foot diplomatically when it comes to Brexit negotiations and shouldn’t be getting too cosy to Brussel, for their own good, claims prominent Anglo-Irish journalist Bruce Arnold.

He described Varadkar and Coveney as “uncertain fools” and insisted that they were unnecessarily damaging relations between Ireland and the UK in an article published in the Daily Telegraph on Wednesday.

Britain is engulfed by a stand-off with both Dublin and Brussels over the withdrawal agreement that would secure their exit from the European Union. London is refusing to accept the inclusion of the backstop, while Europe is refusing to drop it. 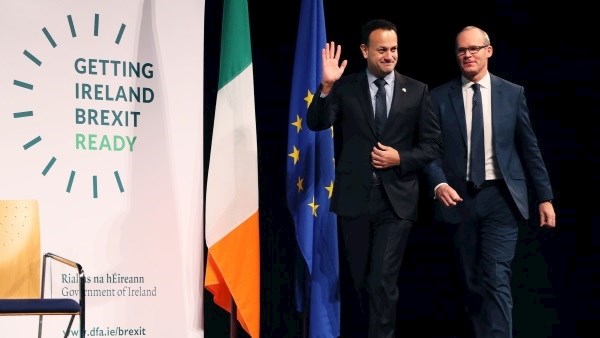 Arnold’s piece, titled: “Bought by Brussels, little Ireland’s ridiculous leaders have landed it in a Brexit crisis” is a scathing assessment of Varadkar and his administration’s recent tactics.

The English journalist has been living and reporting in Ireland since 1957, and described the Taoiseach and the foreign minister’s approach as “painful and embarrassing”.

“What is tough is watching the ridiculous behaviour of the Taoiseach Leo Varadkar and his foreign minister, Simon Coveney, trying to destroy, like wilful children, relations with an ancient and friendly neighbour,” he wrote.

“Their determination to work against the UK’s desire for a smooth and prosperous Brexit will in the end leave Ireland diplomatically estranged from its most important trade and political partner,” he added.

Arnold, who received an OBE in 2003 for “services to Irish journalism and Anglo-Irish relations” also argued that Brussels are using Ireland for their own means and will dump all care for Irish concerns once the situation is finalised.

“Spoiler alert for Varadkar: once Brexit is settled, stand by for Brussels to undermine the Irish corporate tax rates which international investors find so alluring,” Arnold said. 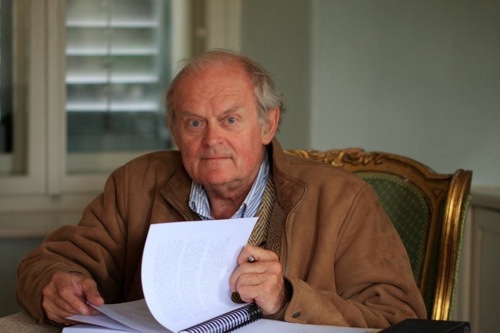 Bruce Arnold has lived in Ireland for over 60 years

“What Varadkar and Coveney are doing is helping Brussels to block the path for the UK government to implement the democratic decision of the British people to leave the EU. There was a referendum. They people gave their decision.

“And yet a Dublin government which brags that it is republican and democratic denigrates this decision as populism. It colludes with the EU to try to have the decision dismissed and resisted,” he added.

Arnold concludes that Ireland are making a mistake in making things difficult for their neighbours and that they UK’s interest, not the EU’s are what they should be more concerned with.

“Yet again we face a crisis of democracy, with little Ireland and the huge EU refusing to recognise the democratic decision of the UK to leave the European Union. The ridiculous country in which I live is helping Europe in this abuse,” he said.