WALLY THE Walrus is on the move again.

The giant Arctic Walrus, who was first spotted in Kerry in February of this year, has been on a bit of a world tour-- from Ireland to the UK to Italy and France, before making his way back to Ireland.

The walrus, dubbed 'Wally the Walrus', spent weeks in West Cork this summer, where he was regularly seen relaxing on pontoons or rocks-- or accidentally sinking boats trying to find a place to rest.

But after almost a month with no sighting of the walrus-- 22 days in fact-- Wally has been seen again, this time over 900 kilometres away, in Iceland.

Seal Rescue Ireland delivered the happy news yesterday, where they admitted they were "starting to lose hope of ever seeing the young, wandering walrus again".

"HOWEVER, we just received notice that a similar-looking walrus was sighted yesterday in ICELAND.. over 900 km away from Wally's last known location in West Cork." 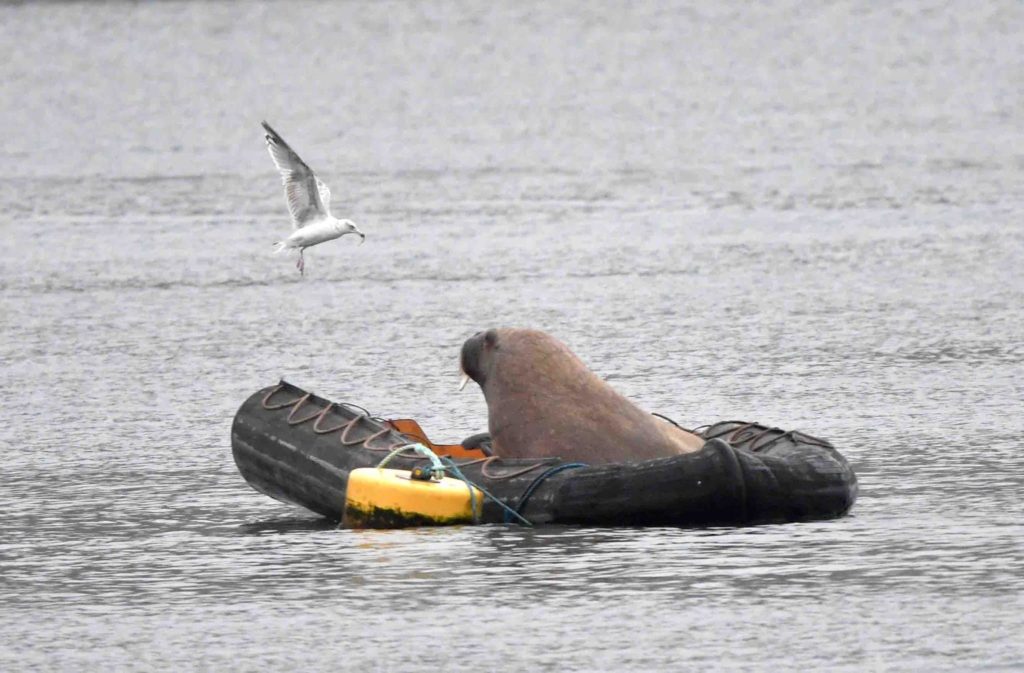 Wally the Walrus chilling on a donated pontoon in West Cork, which charities hope will prevent him from climbing on and sinking private boats. (Image: ORCA Ireland / Photographer Richard T Mills)

A spokesperson for Seal Rescue Ireland revealed that they had compared photographs of Wally with British Divers Marine Life Rescue, and it has been confirmed that the Iceland walrus is indeed the nomad walrus last seen in West Cork.

"We are absolutely over the moon that he's not only still alive and well, but he is well on his way home to the Arctic. He was seen swimming back out to sea last night (and even managed to avoid sinking any boats while he was there)!," they joked.

The spokesperson thanked the Irish public "who have shown support and love for this walrus by giving him a safe place to rest and gather his strength while visiting our shores ahead of this magnificent journey.

"Thanks to his ability to feed and rest, he has successfully made the long stretch and will hopefully reunite with his own kind again soon."

By: James Conor Patterson  -  30 minutes ago