The videos and images were captured in secret and are allegedly from a laboratory in Bienenbuttel, around 50km south of Hamburg.

The distressing footage shows monkeys, dogs and cats being exposed to unarguably tortuous treatment, and is difficult to watch. 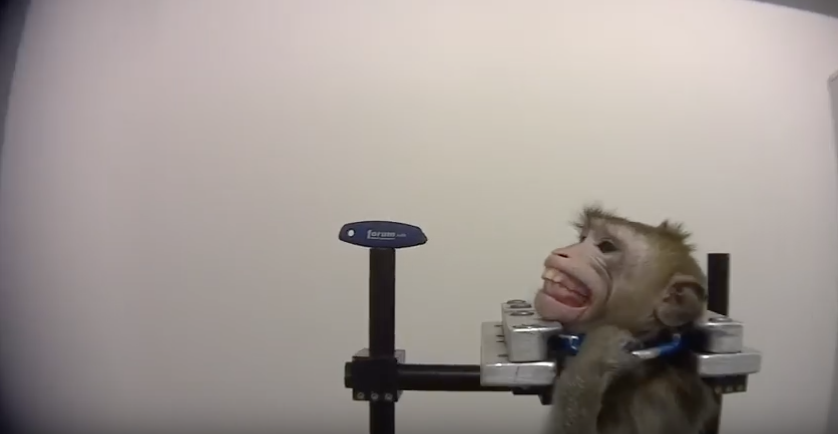 According to extra.ie, an animal rights group secretly sent an undercover activist into the lab to capture the images.

After sparking outrage and fury online, there have been fresh calls for the EU to clamp down on animals being treated this way.

Distributed by Soko Tierschutz and Cruelty Free International, they say that toxicology tests were being carried out on beagles, monkeys, cats and rabbits while the animals were stored in appalling conditions.

Some can be seen bleeding and vomiting after being subjected to the cruel experimentation. 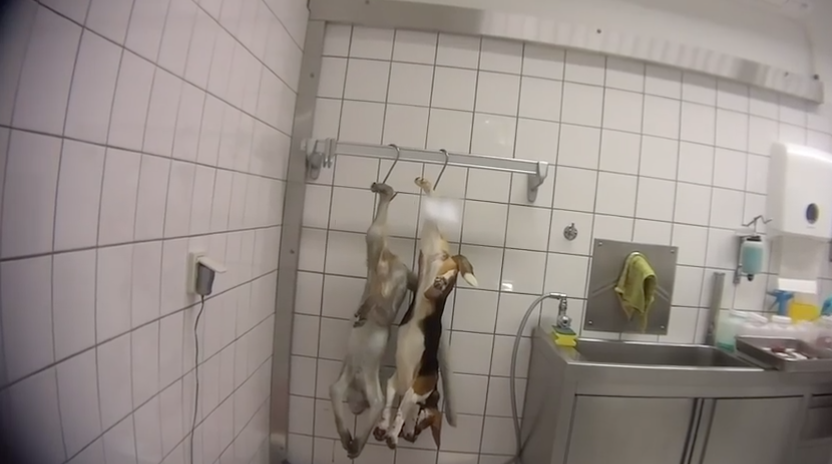 Dogs are captured hang upside down by their hind legs and monkeys are seen screeching in pain while being held by the neck in metal braces.

The undercover activist also claimed that the members of staff performing the experiments are not trained in animal safety and care whatsoever.

Friedrich Mülln from Soko Tierschutz said: "The animals were even still waggling their tails when they were being taken to be killed, the dogs were desperate for human contact.

"The worst treatment was kept for the monkeys. The macaques breed of monkeys are small, relatively light primates, which are often used for animal experiments.

"They are kept in cramped conditions in small cages. Many of the animals have developed compulsive tendencies and are seen going round in circles."

The case has now being reported to local police who are conducting an investigation.