FORMER England footballer John Barnes has leapt to Liam Neeson's defence amid backlash over "racist" comments made by the Irish actor in a recent interview.

Neeson, 66, has come under fire after admitting he once had violent thoughts about killing a black person when someone close to him was raped, adding that he was "ashamed and horrified" of his feelings afterwards.

Ex-Liverpool striker Barnes, who suffered racial abuse both on and off the pitch during the 1980s and 1990s, said Neeson deserved a medal for his honesty and that his remarks had been taken out of context.

"I have listened to the whole transcript, Liam Neeson was talking about his film [Cold Pursuit] and how revenge doesn't do anyone any good," Barnes told Sky News on Tuesday.

"He spoke about being brought up in Northern Ireland, he understands how destructive that can be. 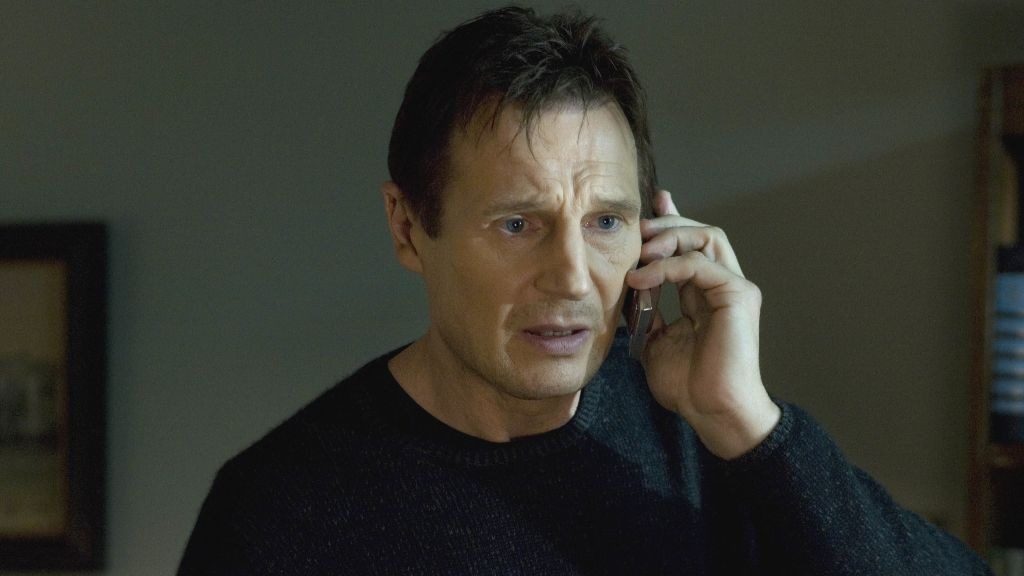 "He went on to tell a story about a friend of his that was raped. And if you listen to everything he is talking about, he's talking about in the moment - and you can't blame Liam Neeson for thinking what he feels because this is what - and this is a while ago - society has shown him black people do, Muslims do.

"This is what society has wrongly shown him, this is what the media has wrongly portrayed to him so in that moment - he said for a week - he was going around looking to 'kill a black b*****d' and he did that in quotation marks.

"After a week, he realised he was wrong. That is what he said, 'I'm ashamed and horrified of the way I felt'".

Barnes slammed the media for trying to "spin" the story, after Neeson was further criticised for reciting his famous "I will find you, and I will kill you" line from Taken after the offending interview.

"It's been spun. If you want to think about what he's actually saying, the context. He said to the lady, in that voice, 'I've got a particular set of skills'", Barnes continued.

"Now you're reporting that he threatened to kill the woman. What he's saying is that he's ashamed and horrified of the way he felt. That is exactly what he went on to say!

"You can't blame him for that because as I said earlier about the influence the media has, you cannot blame people for thinking, because of Muslim grooming gangs, Jamaican yardie gangs, they look at Muslims and Jamaicans in a negative light.

"He's admitting that is the way he viewed it, so for this one black person who raped this woman, he looked at it from the perspective of all black people. He's admitting that he's ashamed and horrified, and thought to himself after a week, 'what am I doing?'

"That is the reality behind it. As much as the people are jumping on the bandwagon of how terrible it is, he's come out and he's told the truth".

Barnes added that he was worried the backlash against Neeson would discourage others from admitting their own prejudices.

And responding to calls for the Irishman to be stripped of his OBE or for his films to be boycotted, the Jamaican-born footballer quipped: "Okay so then let's take down that statue of Winston Churchill... who was a white supremacist and a mass murderer.

"How is Churchill a hero when he spoke about... he believed in gassing the lesser races. But he's a hero. And when Liam Neeson comes out and he admits that he was wrong in what he did, whereas Winston Churchill would never admit he was wrong, never, and if he was alive now he would still believe in the superiority of the Aryan race.

"We now want Liam Neeson to be pilloried, we want him to never work again, people are now afraid to tell the truth and how they feel.

"I always say, we are all unconscious racists, and he said, unconsciously for a week and a half, that is how he felt.

"The big problem we have is that this witch-hunt is going to stop the process of people talking about truth and reconciliation, holding our hands up and saying ‘I am unconsciously racist’.”