A WOMAN has given birth to a healthy baby girl after suffering an incredible 13 miscarriages.

Laura Wolsey lost 11 of her pregnancies in the first trimester while also losing two boys at 17 and 20 weeks.

She enlisted the help of fertility experts and, after her 14th pregnancy, finally gave birth to a daughter, Ivy. 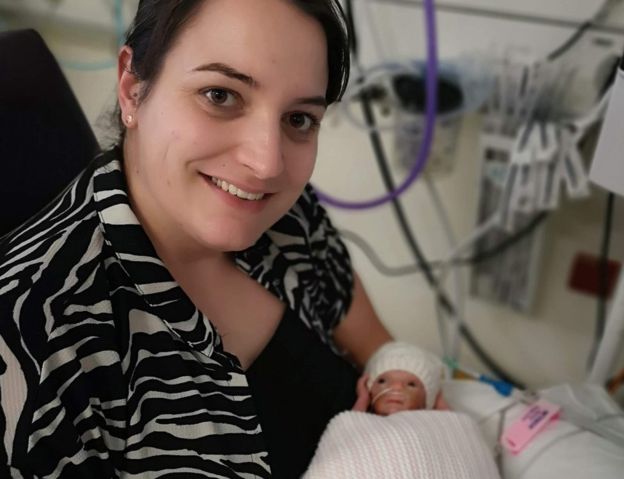 Laura with her daughter, Ivy

In 2008, Laura and her husband Dave suffered the heartbreak of her first miscarriage, and they said that after it happened three more times, they knew something was wrong.

They went to see a specialist, Professor Siobhan Quenby, who discovered that Laura had two conditions that affected her ability to have children.

It was discovered that Laura had antiphospholipid syndrome, also known as ‘sticky blood syndrome’, which can cause recurrent pregnancy loss.

The couple tried a few niche treatments in an attempt to solve the problem, but more failed pregnancies followed.

Two pregnancies, both boys, got beyond the 12-week stage but were sadly still lost.

“Dave stayed strong for me but when we lost the boys, he really struggled with that."

After 13 miscarriages, the couple decided to try one last time, and after taking medication to improve the lining of Laura’s womb, they conceived naturally for the 14th time. 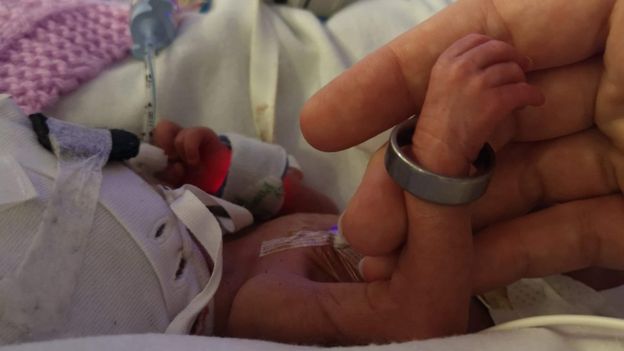 Ivy, pictured here with her father's ring around her arm, was just 1.7lbs when she was born

Once the pregnancy progressed beyond 24 weeks, the couple grew quietly optimistic - (they decided not to tell anyone about their latest pregnancy).

At 30 weeks, Laura was at home in bed when he waters broke, and Ivy was later delivered by cesarean section. She weighed just 1.7lbs - about the same as a Christmas pudding.

“I look at her and think miracles do happen. I’d read about other people’s miracles, now I’ve got mine,” Laura said.