A BABY GIRL who was miraculously born on a train travelling from Galway to Dublin yesterday afternoon has been given 25 years of free travel by Irish rail.

With the help of an off-duty doctor, a nurse and an American tourist, a woman gave birth at around 3pm while making her way to Dublin.

The woman, who was travelling on her own, went into labour shortly after the train left Galway and the baby was successfully delivered with the train moored at Kildare Station.

A spokesperson for Irish Rail has now promised that the girl will receive free travel, unconditionally, for the next 25 years.

“Mother and baby are still recovering and we are mindful of their privacy, but we will make arrangements for free travel for the child up to the 25 year mark,” said the spokesperson. 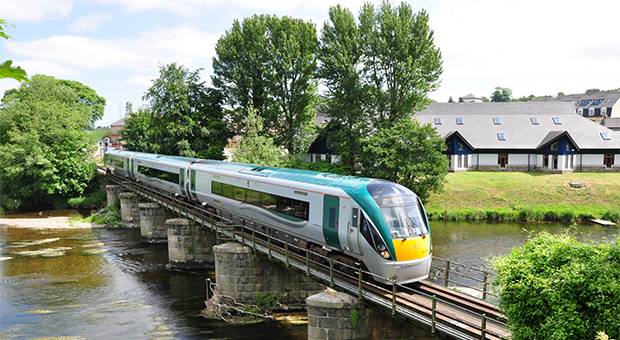 Off-duty doctor Alan Devine from Donegal was apparently watching Chernobyl on his ipad when he noticed “some commotion going" in a carriage up ahead.

He reportedly raced up the train to find the young woman who was “in the throes of labour” when he got to her.

“By the time I got there, there was a lovely Irish woman named Ellen on the phone to the ambulance crew,” said Devine.

“There was an Irish nurse helping her, and there was an American tourist in her seventies holding her hand and coaching her through the labour.

Devine added that after around 30 minutes the baby was born, much to the relief of everyone on board - especially the mother.

Once she’s had a much deserved rest I’m sure she’ll be pleased to find out that her incredible story has swept the nation - and has probably saved her a few Euro on train travel too.

What a lovely gesture Irish Rail!