Artist's impression of a woolly mammoth

SCIENTISTS are looking to resurrect the woolly mammoth within the next few years in a daring experimental bid to fight climate change.

Woolly mammoths have been extinct for around 10,000 years - save for a few hundred who survived on Wrangel Island off the north-east coast of Russia until around 3,500 years ago - but plans are now afoot to bring them back.

A bioscience and genetics company is looking to gene editing "to restore the woolly mammoth to the Arctic tundra."

To do this, scientists will modify the genetic code of the already existing Asian elephant to give it traits - such as thicker hair and layers of fat - that will help it survive the cold, Arctic climate.

These embryos would then be carried to term in a surrogate mother or potentially in an artificial womb, and it could take as little as six years for a calf to be born under the programme.

It's also understood that company, Colossal, will engineer it so that the animals don't have tusks, to ensure they're not targeted by poachers. 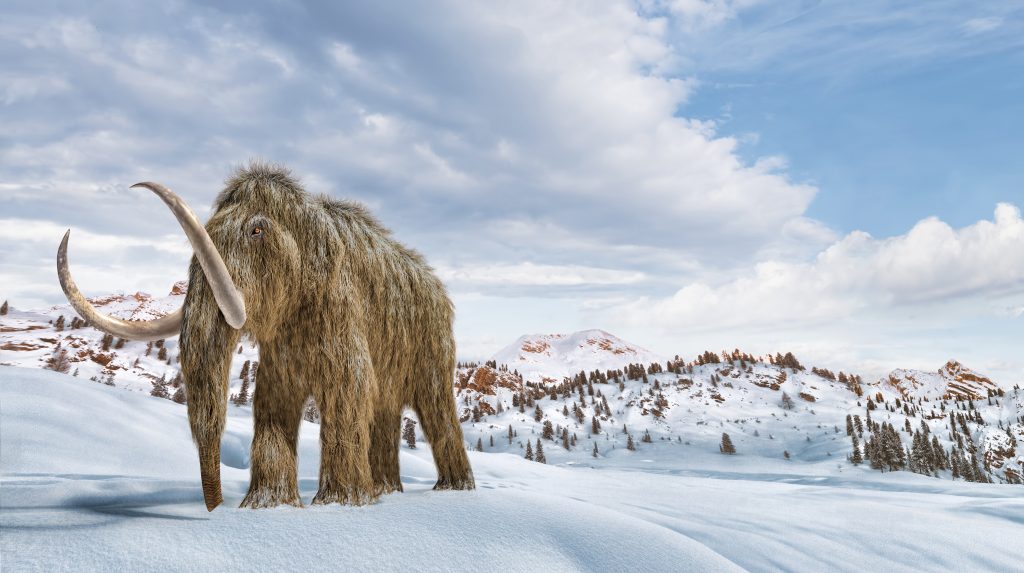 Mammoths were hunted to extinction around 10,000 years ago, but also died out due to loss of habitat brought about by Earth's warming climate

The theory is that these elephant-mammoth hybrids could help slow climate change by stomping out thin, low-oxygen trees and exposing healthy, carbon-trapping grasses to restore the Arctic tundra.

Today the tundra is dominated by moss but when woolly mammoths were around, it was largely grassland. Some researchers have argued that woolly mammoths were ecosystem engineers, maintaining the grasslands by breaking up moss, knocking down trees and providing fertiliser with their droppings.

It could lead to the return of other grazing animals such as antelope, bison and horses, which all used to live in the tundra alongside the woolly mammoths.

Without these large animals to compact and scrape away thick insulating layers of winter snow, extreme winter cold does not penetrate the soil.

This, coupled with significantly warmer summers, accelerates the melting of the permafrost and the release of greenhouse gases that have been trapped for millennia.

From a global carbon perspective, the carbon release from melting of the world’s permafrost is equivalent to burning all the world’s forests two and a half times.