THERE were truly emotional scenes around Thomond Park at the weekend as the Munster squad lined out for their match against Glasgow Warriors, their first since the death of club legend Anthony Foley.

After the heart-breaking scenes at the funeral of Foley on Friday, the Munster team and fans paid a fitting tribute to their former head coach.

The Ireland international died suddenly of an acute pulmonary edema in Paris on Sunday, October 16, at the age of 42. 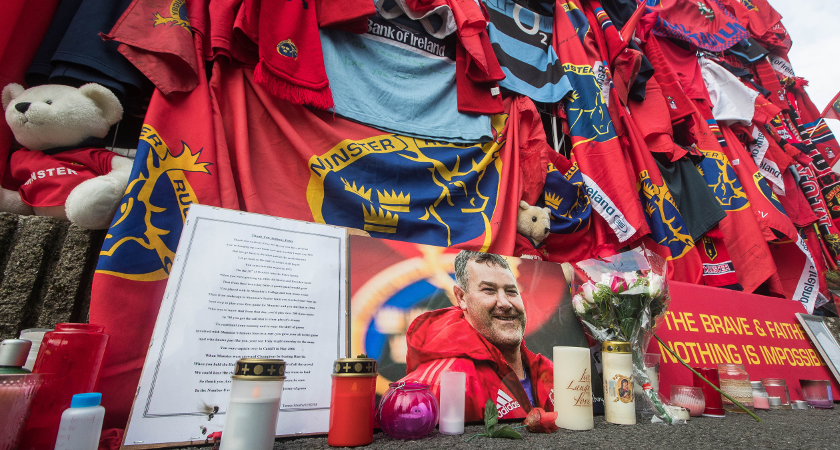 Fans remembering Axel outside Thomond Park [Picture: Inpho]
The Munster Rugby Supporters Choir performed a moving rendition of Shannon RFC favourite ‘There is an Isle’ before the match, while the fans spelled out ‘Axel 8’ in the stands, creating a touching background within the stadium.

Indeed, all over Europe there were tributes to the late, great number eight. Munster's rivals Leinster lined out in red shirts with Foley's number eight on their backs prior to their 22-16 defeat to Montpellier on Sunday, their players visibly overcome during the minutes silence. 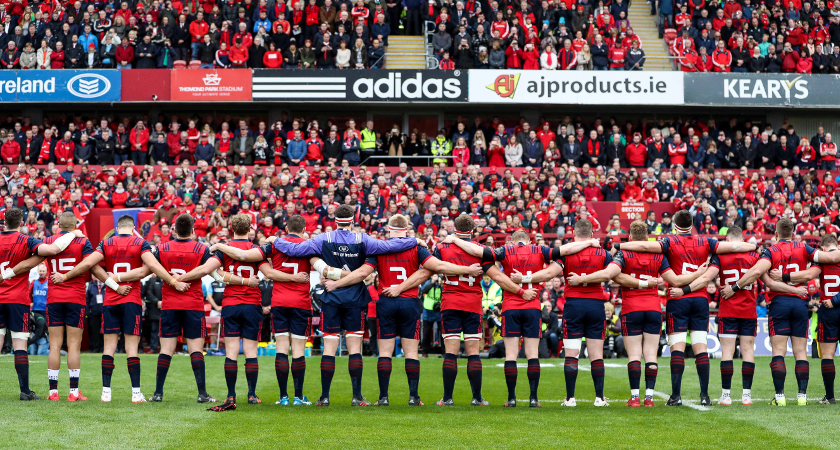 Minutes silence around Thomond Park [©INPHO/Tommy Dickson]
Events on the pitch were clearly overshadowed by the emotion of the occasion, but the drive and determination of the Munster team was evident in their convincing 38-17 win over the Warriors.

After the bonus point win, the squad linked arms and sang their trademark anthem ‘Stand up and Fight’ to a near full stadium. 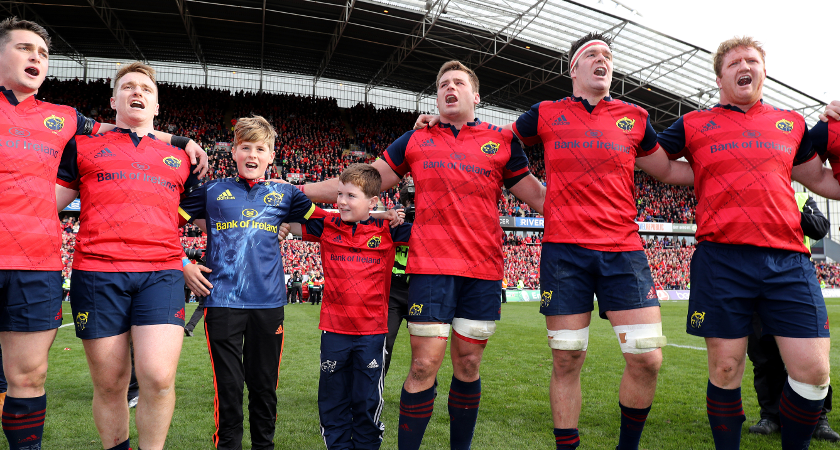 Anthony Foley's young sons join the team in song  [©INPHO/Dan Sheridan]
The team was then joined by Foley’s two sons, Tony and Daniel, for a tearful lap of honour.

It was a fitting tribute and farewell by the fans and Munster squad to mark the end of an emotional week.