HOW do you explain what happened in Paris in the early hours of Sunday morning?

The truth is you don’t and you can’t. Not with words, unless they are the ones the Munster fans chose to sing outside the gates of the Racing Paris stadium as the news broke early on Sunday afternoon that their head coach Anthony Foley - one of their own - had passed away.

“It’s so lonely around the fields of Athenry,” they sang. Yet nowhere near as lonely as it is around Killaloe, Anthony Foley’s home.

By Sunday afternoon neighbours and family had gathered there, sharing their sympathy and their love, the kind of scene which plays out across every Irish village and town every day of the year, something we’ve come to expect but not something we should ever underestimate.

Yet, a few miles away, a different kind of wake was unfolding, as dozens of people quietly and spontaneously walked or drove to Thomond Park, searching for answers and for company, laying wreaths and scarfs, saying a prayer and shedding a tear.

They remembered better days – miracle matches when Foley was in the prime of his career and his life.

And that was when it dawned on everyone what Anthony Foley and the Munster team he cherished, played for, and coached, means to so many.

Those people who turned up at Thomond Park to share their respects probably didn’t know either him or his family on a personal level. 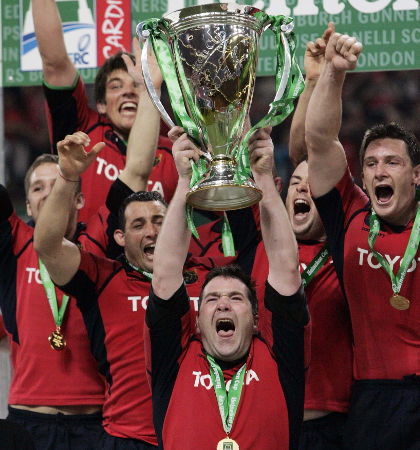 So intruding on their personal space at this traumatic time was the last thing they wanted to do.

Instead this simple gesture of going to an empty stadium to hang their scarf or their shirt, the same scarf or shirt they may have worn when Heineken Cups were worn, possibly even when the All-Blacks were beaten, seemed to be the only way to act.

For those fans, those emblems of clothing weren’t things they wore to keep out the cold.

They meant so much more than that, symbols of where they were from, and the special place that sport and by extension, Munster, the rugby team, and Munster, their homeplace, had in their hearts.

And that is why there is such widespread grief for Anthony Foley’s passing, because people who love sport deeply admire those who play it to the level he did.

They’d remember his bravery and his deep rugby intelligence, his undying loyalty to the club and his humility, particularly over the summer when, essentially, he was demoted from within, forced to make way for Rassie Erasmus’ arrival as the club’s new director of rugby.

Those fans thought of Foley as the rugby player they once cheered and then they stopped to think of their own lives, their own children, brothers and parents, how family and sport intertwines and how even though they could never play the game with the skill that Foley did, they could still see him as a son, a brother and a father, particularly on this, of all days.

When people die young – and 42 is a grossly premature age to go – widespread grief is not uncommon. Yet when that person is a sports star, the circle of mourners extends wider still, because they remember that person as an athlete who did things beyond the capacity of the majority of the population.

They gave off the appearance of invincibility and were accordingly placed on a pedestal. So the ordinary man doesn’t expect the extraordinary player to go before him.

The whole community came together from Sunday on – and even in its deepest grief, the people and fans of Munster and Irish rugby retained a decent desire to do the right thing.

In this age of social media, fans and players from all across the world posted messages on Facebook or Twitter, consistently finding the right tone. 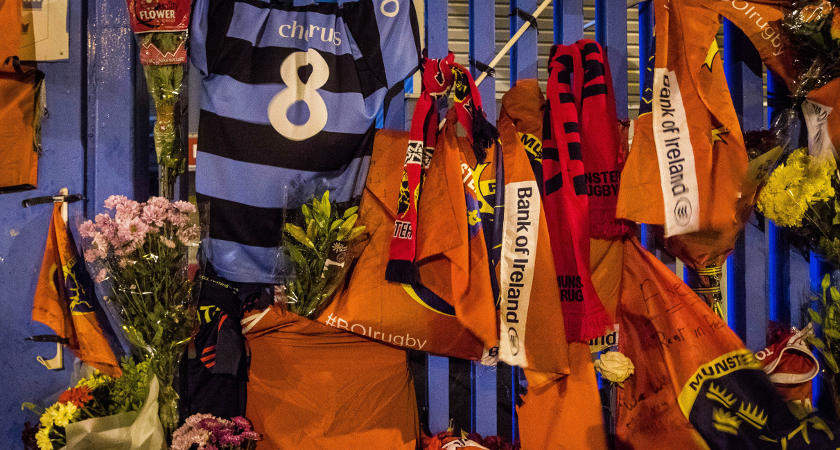 And that was when it dawned on all of us that two families are mourning – his immediate one and those in rugby.

They are helping one another get through yet ultimately they’ll all know they must come to terms with the loss in their own particular way.

The team will suffer, having lost an icon as well as a coach. The 2006 Heineken Cup winning team, who held a 10-year reunion earlier this year, will never be together as one again while the fans and well-wishers who knew Anthony Foley only on a professional, rather than a personal, level will mourn too.

Yet everyone knows who will be hit hardest: his wife, his children, his parents.

The ultimate rugby man was also the ultimate family man. For them, and for everyone, he has gone too soon.