IN the suitably named Grand Salon on the 17th floor of the Trump International hotel, Rory Best looked down at history.

The streets below were closed to traffic but still they were thronged, populated by an estimated five million supporters of the Chicago Cubs, who scrambled for the best vantage point they could find to watch the victory parade of the 2016 World Series champions.

“Unbelievable,” Best said of the sights and sounds which threatened to turn his press conference into a sideshow.

And for the overwhelming majority of the city’s population, that week in November was hard to believe, because all bar 0.0009 per cent of them had not lived through a Cubs World Series win before.

And no matter how much they tried to play it down, the theme of a team doing something that no other has done in over a century dominated the thoughts and minds of every Irish player in Chicago that week.

Watching that procession unfold was the moment they decided to go and make their own history: the Cubs bridged a 108-year gap between World Series victories, Ireland had a slightly longer drought to endure, spending 111 years from the moment of their first date with the All Blacks in 1905 for a win over the All Blacks.

And finally – in Chicago of all places – it came.

“When we won in South Africa during the summer,” Best said, "our immediate thoughts were, 'that’s great but what’s next?'

“We live in this world where you have to keep looking forward or somebody passes you out. So you don’t really have time to dwell on anything.

"And yet there were small moments in the build up to that game in Soldier Field where you thought, ‘Wouldn’t it be great to have a win over New Zealand on your CV?’”

Well, it’s there now. Not only is Best the first Irish captain to beat the All Blacks, he is also the first captain from any country to lead a team to victory over the three southern hemisphere giants in a calendar year since 2003. 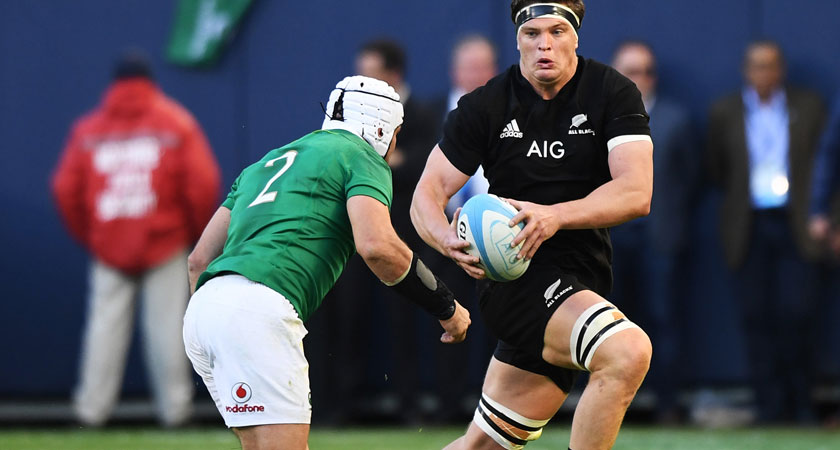 All of which makes it so hard to remember how grim the landscape was in the spring, when a Six Nations title was surrendered far too easily and the three Irish provinces bowed out of the Champions Cup with just eight wins between them.

We couldn’t have imagined then what would subsequently happen – Connacht winning their first ever trophy in May, Ireland winning against the Springboks for the first time ever, Ireland enjoying an inaugural win over the All Blacks.

The reality is there’s not a chasm there between the northern hemisphere and the south, it only takes a little bit of fluctuation for someone to be off their game and another team to knock them over

In January, few – outside of rugby’s tight community – knew much, if anything about Garry Ringrose, Joey Carbery, Tadhg Furlong or Ultan Dillane.

By November – when New Zealand, Australia and South Africa had all been conquered – that had changed.

“We don’t always get things right and things don’t always work out as you hope,” Joe Schmidt, the Ireland coach, said.

“So it’s daunting from that perspective because the margins between success and failure are very fine. We saw that at the (2015) World Cup.

"After the tournament, people asked why there was such a big gap between the northern hemisphere and the south.

“The reality is there’s not a chasm there, it only takes a little bit of fluctuation for someone to be off their game and another team to knock them over.”

The November series provided evidence of that. It was a month when Ireland proved that they had power in their pack and depth on their bench.

The scrum excelled (losing just one scrum in three tests against New Zealand and Australia), the maul was devastating and, even though 10 tries were leaked in those three tests, the defensive system showed signs of improvement.

In addition Robbie Henshaw, Conor Murray and Jack McGrath enhanced their reputations as well as their Lions potential, while for others there was redemption.

“Before the game in Chicago, Joe pulled me aside and said, ‘You need a big one today,'" said Kearney.

"In some respects, it wasn’t ideal to hear that, but ultimately it was good. Maybe that was the one-liner I needed to put the fear of God into me. 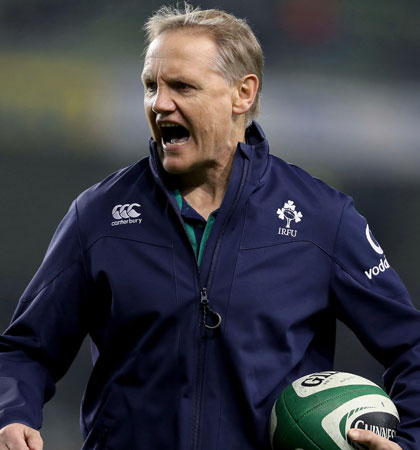 Joe Schmidt signed a new contract with Ireland until after the 2019 World Cup (Image: INPHO/Dan Sheridan)

Faith in Schmidt has also been restored – after six months when it wavered somewhat following a disappointing World Cup exit and an average outcome in the Six Nations.

Yet by now, it’s clear that Ireland have their hands on a hugely talented coach, one who has already steered the team to great heights yet who is now seeking to climb rugby’s Everest.

For while 2016 will not go down as a World Cup year, it may be remembered as the year when Ireland’s bid to reach a World Cup semi-final – or whisper it – a final, really began.

First, because this was the year Schmidt signed his new contract, which will keep him with the IRFU until the conclusion of the 2019 World Cup. And secondly, this was also when proper plans were put in place for the long-term, as well as the short-term benefit of the side.

In Andy Farrell, Schmidt has a number two who is – in essence – a number one. And whereas once Irish teams were reliant on a small number of key performers, now – after 2016 – there is evidence of depth in every position.

Furlong, as a prime example, has been promoted quicker than many expected. So too Carbery and while Ringrose’s arrival was delayed, amid the growing hype surrounding him, now that he is finally there, he is unlikely to be hidden away again in the PRO12.

“We want three players for every position,” Schmidt said.

Yet if the sight of a successful team beating New Zealand was the eye-catching moment of 2016, the loss of Anthony Foley was clearly the heartbreaking memory.

The Munster coach’s sudden death, just before a Champions Cup match in October, stunned a nation.

Somehow, a week later, his team came together to deliver their best performance in years and defeat Glasgow in the Pro12 and mark his memory in the best way they knew how.

“You know we won’t get over Axel (Foley’s passing),” said CJ Stander, who had an especially close relationship with his former coach.

“We just tried to do our best.” 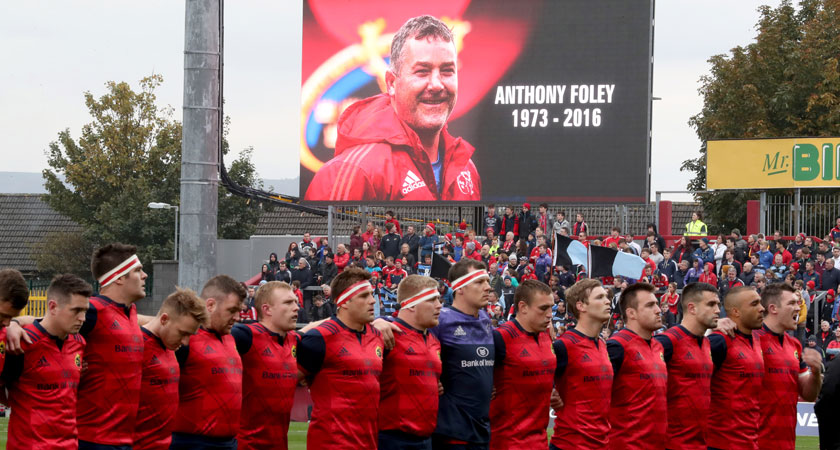 And whereas in 2015 – and in the early months of 2016 – the best Ireland could offer was not enough to take on the world, after November, perceptions have changed. On their day, they have shown they are good enough to beat anyone.

“I won’t say there has always been a mental block (for Ireland against New Zealand) but now that barrier is broken, we have to start thinking about what we can achieve as a team,” Stander said.

In the short-term, that means winning a Grand Slam – something they haven’t managed since 2009.

Beyond that, though, there is 2019 and the World Cup. The journey to that competition has already began – from the 17th floor of a hotel in downtown Chicago.