Brendan Rodgers has yet to see his Leicester City side win in the league this season (Image: Clive Rose/Getty Images)

Rodgers' men were trailing 3-2 with less than a quarter of the game remaining before substitute Son Heung-Min hit a 13-minute hat-trick.

The result means they are without a win in the league this season, with their only point coming in an opening day draw at home to Brentford.

The Foxes also needed penalties to overcome League Two strugglers Stockport in the League Cup after a goalless 120 minutes.

Co. Antrim native Rodgers was frank in his response when asked if Saturday’s defeat in North London would increase the pressure on him.

"Very much so, it absolutely does," he told Sky Sports.

"I come in every day and do my work and I can see the players playing with confidence, however you've got to win.

"I totally understand the frustrations of supporters, I can't hide from that, it's my responsibly with the scores." 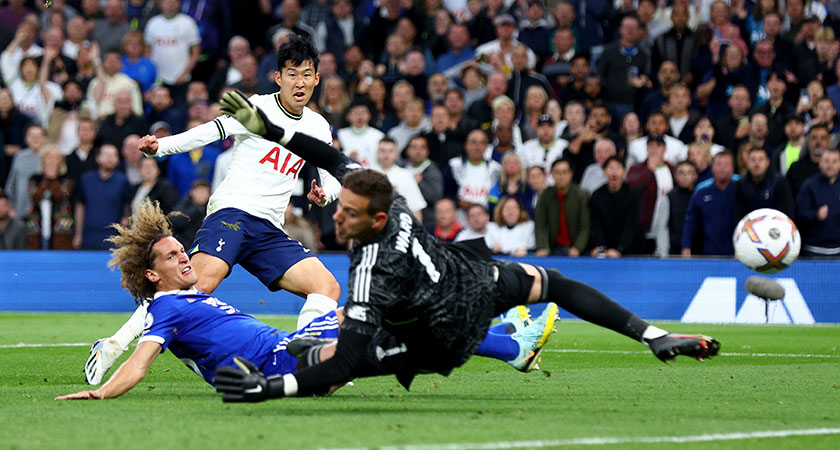 However, the former Swansea City, Liverpool and Celtic boss said that no matter what happens, he will always have the utmost respect for Leicester's owners.

"Whatever happens, I'll have a huge amount of respect for them because they've given me great support since I've been here," he said.

"Today the scoreline I didn't think reflected the game but the bottom line is we've had a heavy defeat and we should've been better.

"For me, they've given me brilliant support and whatever happens to me here at Leicester, whether I stay or whether l continue to fight on, I'll always respect them."

Leicester took the lead through a Youri Tielemans penalty and despite falling behind to goals from Harry Kane and Eric Dier, James Maddison's strike ensured Leicester were level at the break.

Despite Rodrigo Bentancur restoring Tottenham's lead shortly after the restart, the Foxes were very much in the game until Son's late display of brilliance.

Rodgers believes his side are playing well but need to cut out basic errors if they are to move off the bottom of the table.

"The two centre-halves [Jonny Evans and Wout Faes] were fantastic today but in that last little period of the game we were so keen to try and get something back that we left them isolated, so the score then looks a lot worse than what the actual game was," he said. 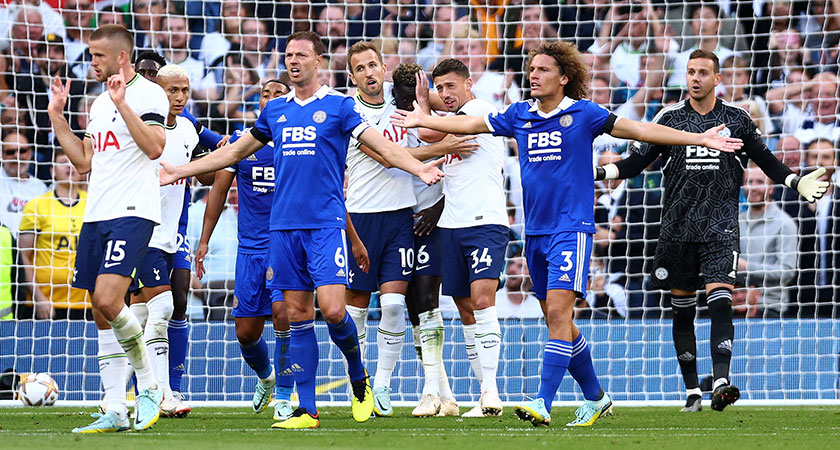 "I really feel for the players because I didn't feel they deserved that," added Rodgers.

"I thought they were brave in their pressing and stopped them playing and then we played well ourselves, created opportunities and [Hugo] Lloris made some great saves.

"But we just have to be better in key defensive moments.

"We've scored goals, we’ve looked creative and when we've pressed it, we've pressed really well but it's mistakes that have been costing us."

Rodgers has led Leicester to four consecutive top-10 finishes in the Premier League during his time at the King Power Stadium, including twice finishing in fifth place.

He also led the Foxes to the FA Cup and Community Shield in 2021 and to the semi-finals of the Europa Conference League last following season.

However, they have struggled this term after losing first-choice keeper Kasper Schmeichel to Nice, while Wesley Fofana joined Chelsea in a £70m deal late in the transfer window.

Meanwhile, the Foxes' only significant arrival was Faes, signed on deadline day for a reported £15m as a replacement for Fofana.

The international break means Leicester now have more than two weeks before their next fixture, a home league game against newly-promoted Nottingham Forest, currently one place above the Foxes in the table.