LAST August, I wrote a column about Leicester City’s manager, Brendan Rodgers, and his lack of results in big matches.

The Antrim man’s side had just lost their last game of the season to Manchester United and, in doing so, had thrown away a place in the top four and the Champions League, a spot they had held for nearly a whole year.

After being 14 points clear of Chelsea and United in January 2020, missing out on Europe’s premier competition to those two teams was a bitter pill to swallow and, despite Europa League qualification still representing a successful season, the idea of a similar Leicester showing this season – especially after losing another one of their best players in Ben Chilwell to Chelsea – seemed improbable.

Yet the fact that, as it stands, Leicester sit in the top four once again this season is a remarkable testament to Rodgers and how he has improved as a coach by recognising his drawbacks and why his team came up short last season.

When you look back, it was Leicester’s results in the big matches that let them down last season.

The possession-based game Rodgers advocates worked well against lesser opposition but failed to be as fruitful against the ‘big six’.

For instance, while they beat Arsenal and Tottenham at home, they lost both times to United, Manchester City and Liverpool last season and only took a point off Chelsea.

This season, however, there has been a vast improvement. 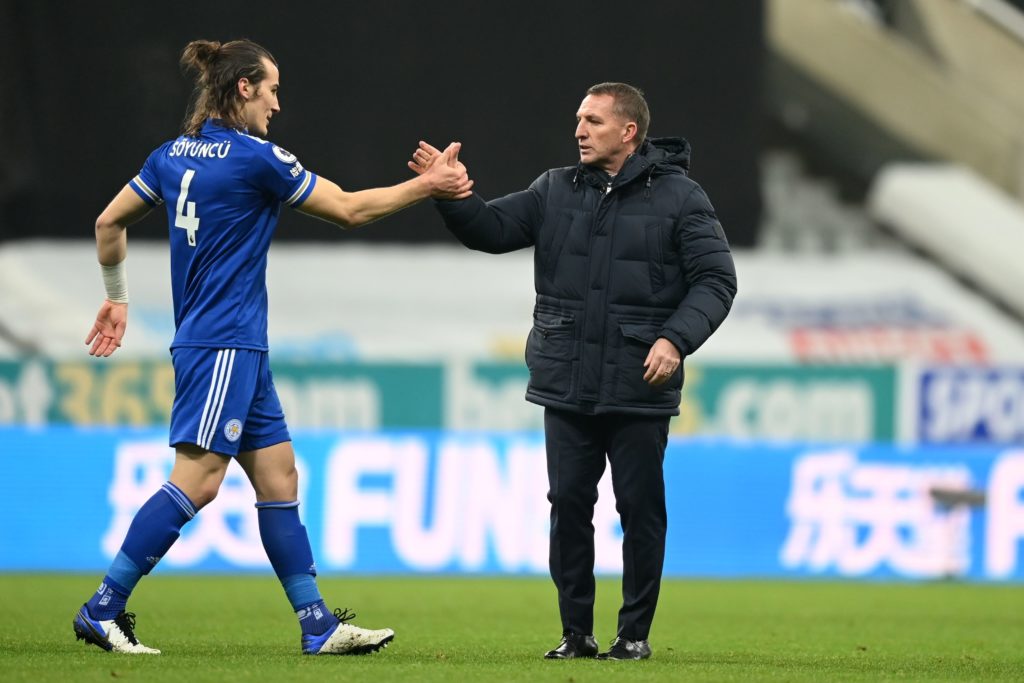 So far, Leicester have defeated Manchester City, Arsenal and Tottenham away from home. Their latest scalp, a 3-1 victory over Liverpool earlier this month, was in stark contrast to the fixture they lost 4-0 last year.

In all of these triumphs over ‘big six’ sides, there has been a notable shift in approach from Leicester.

Whereas before, it seemed as if Rodgers’ side would play the same way no matter the opposition, now they often deploy five at the back and make it more difficult for the bigger sides to break them down, knowing that the likes of Jamie Vardy, James Maddison and Harvey Barnes have the pace to hit them on the break.

The change in tactics was particularly evident in their 5-2 thrashing of City at the start of the season at the Etihad Stadium, as Rodgers acknowledged to LCTV.

“Obviously, our idea was to deny them a bit more space,” said Rodgers.

“Maybe I normally set my teams up to play, but I knew then we'd still have the big pace on the counter-attack and have the quality.”

The results Rodgers has continued to mastermind this season are certainly moving him to the next level as a manager and are serving to banish the notion, picked up from his near title miss at Liverpool in 2014 and his European performance at Celtic, that his teams collapse in the crunch encounters.

How the rest of Leicester’s season pans out this time will be significant.

Whatever happens, though, it seems only a matter of time before Europe’s biggest clubs come knocking for the evolving Rodgers.