CHARLIE NICHOLAS was one of the most popular and talented footballers of the 1980s.

Starting off his career at Celtic he was soon compared to George Best for his talent and tendency to make headlines on the front and back pages of the papers.

While Best was known as the fifth Beatle, Nicholas was widely mistaken for Bono when appearing on the cover of NME during his time at Arsenal – such was his crossover appeal.

Since then Nicholas has carved out a career as a successful football pundit on Sky television. 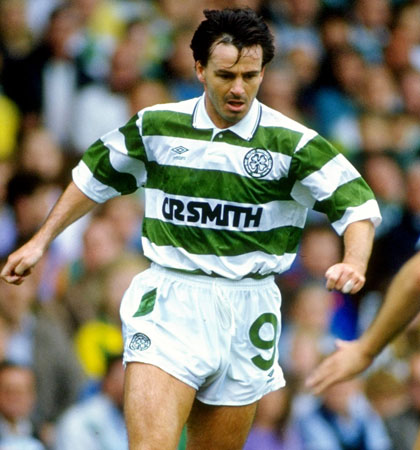 Nicholas enjoyed two spells in the green and white of Celtic (Image: Getty)

Ahead of his appearance next week at the Royal Concert Hall with Lisbon Lion Bertie Auld as part of the Legends of Scottish Football series, he opened up about his life and career in Glasgow.

Growing up in the city’s Wyndford estate in Maryhill, Nicholas was part of Glasgow’s Irish Diaspora, raised in the Catholic tradition.

Significantly he was part of a generational shift in the newly-built district where Catholics and Protestants mixed freely.

“We all hung about together, by that stage the Catholic and Protestant thing was already a blend," said Nicholas.

"We had issues on the build up to Celtic v Rangers games, of course we did, but we also had great respect for each other. They were hard times but they were invaluable.

"When I was nine they had an under-12 team in the area, for balance they wanted six Catholics and six Protestants, they couldn’t get a sixth Catholic and James Duffy (currently manager of Morton) said, ‘take Charles’. They were like, ‘he's a bit young’. His response was, ‘aye but wait till you see him play'."

Charlie soon became the darling of the Celtic support and attributes a win against Ajax and a still much talked about goal as the highlight of his career.

On the lead up to the game Nicholas and Ireland keeper Pat Bonner had been working on a move that would prove invaluable.

“Pat and I were doing some shooting sessions and chatting away, he mentioned that their goal keeper was quite a small chap and at that particular time I liked to chip people. I was young and enthusiastic and I just went for it during the match."

“We got a big scalp that night, it was a game of substance and an emotional breakthrough for me.

"It was the first real scalp we had claimed as a side in Europe. I had watched the history up until that point but that night I got to take part in it.”

Charlie’s departure from Celtic during his first stint at the club is still a point of much conjecture, and no one is more aware of that than Nicholas. 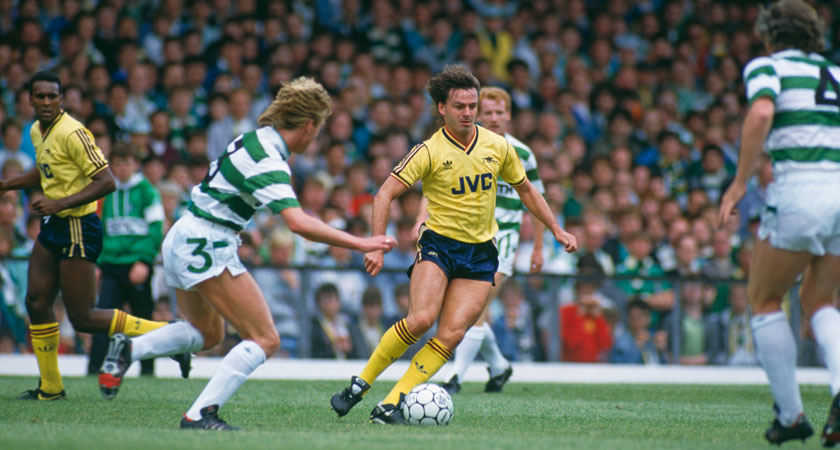 Nicholas scored for Arsenal in a 5-1 friendly at Celtic Park in 1987 (Image: Getty)

“People have got different takes on it but the truth is that Desmond White (club chairman) took the contract negotiation away from the manager (Billy McNeill) and I," said Nicholas. "He told me he was going to sell me and that was something I had to swallow.

"There was no contract offered that was suitable to stay, that’s what Billy and I wanted. Billy said, ‘look I’ve not to give you a contract’.

"The offer made was less than what I was getting. They were basically saying they wanted me out the door.”

It's fair to say that Charlie’s career as a pundit hasn’t been without controversy either – a public spat with Celtic’s majority shareholder Dermot Desmond emerged after Nicholas suggested Desmond was treating the club like a “toy” and failing to invest properly.

He said: “After Martin O’Neill the budget was cut and I didn’t enjoy the football. I felt Dermot was not going after the kind of manager that he should’ve and making Celtic a big club again.

"Dermot had a pop and said, ‘you don’t want to make an enemy of me’ which I found quite intriguing (laughing) and I agreed.

"My feeling was he was playing with the club for a few years but look at the difference now with Brendan Rodgers, that is the kind of manager I always wanted to see, someone of that ilk.

"When Rangers beat Celtic in the Cup last season Dermot walked passed the dressing room and heard the celebrations. He said, 'this will never happen again as long as I have an influence’.

"Look at the difference in season books and the people showing up to watch this team now. People want to enjoy the manager’s time here.” 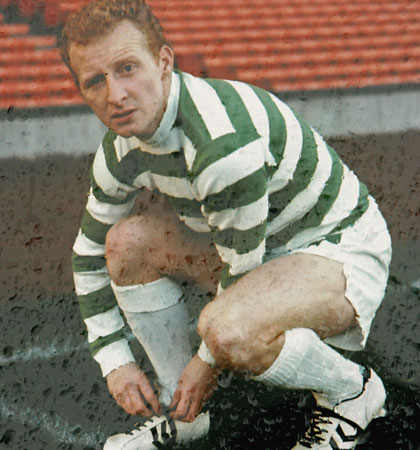 Nicholas was in awe of Jimmy Johnstone (Image: Getty)

Nicholas was fortunate enough to train with a number of Celtic legends and looking back at his time with the club he reflects on how players such as Jimmy Johnstone left a life-long impression.

“The greatest of all was Jimmy coming in and training with me and Danny Crainie, he just fell in love with what we were doing.

"We wanted to know how Jimmy played but we couldn’t get close to it. He was intrigued by certain things we were trying.

"It’s incredible when you think about it now but he had such a love of the club that even when he was retired he still would come in and watch us with a big smile on his face.

“Being part of the set-up will stay with me forever. Those conversations were priceless; a gift from God.”

Who was your mentor at Celtic?

“Danny McGrain, after training he’d say, ‘we’re going on a hospital visit, this guy’s lost a leg in an accident'. We would turn up and you’d see someone for an hour.

"I’ll tell you it’s not easy when you walk into a situation like that but Danny would be straight over to talk to the guy, answer any questions about himself and the fabric of the club. I would sit there and listen to him and eventually you would pick up what Celtic really and truly was about.

"In those moments you would come outside and feel cleansed for just going in and saying hello to someone.

"When I close my eyes and think about what Celtic is, I think of Danny. I can see the statues of Jock, Billy, Jimmy and Brother Walfrid but I also think Danny has had a hand in those values in terms of his teaching and the ambassadorial role he has played at the club.

"Danny McGrain had it all and a true understanding of everything, that’s why he’s still there to this day.” 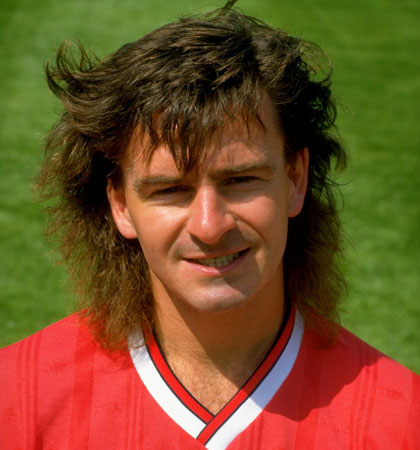 You’re often compared to Bono – have the two of you ever met?

“I got to meet the U2 boys when they played Celtic Park, that was weird. I wasn’t too nervous but I was a bit uptight.

"Pat Bonner introduced me to Larry, he said, ‘Bono’s coming out in a minute and he wants to meet you’. I got this tap on the shoulder and it was him. I was laughing because people always felt we looked alike.

"I said, ‘Paul Hewson, it’s a pleasure to meet you’. He politely put out a hand and said, ‘Charlie Nicholas, it’s a treat to meet you'.

"I’ve met some great people and some heroes but U2 are really up there for me. I love the guys.”

Charlie Nicholas and Bertie Auld will be in discussion at the Glasgow Royal Concert Hall as part of the Legends of Scottish Football series on April 13. Tickets are from £20 and are available on 0141 353 8000 or www.ticketsglasgow.com