On this day in 2012: Celtic's historic victory over Barcelona as a tearful Rod Stewart looked on

IT was a night that made football's obsession with possession look a little ... misguided.

On November 7, 2012, a photo of the post-match statistics did the rounds on the internet, y'know once all the chaos and excitement had simmered down and Rod Stewart had found a handkerchief to wipe his tears. 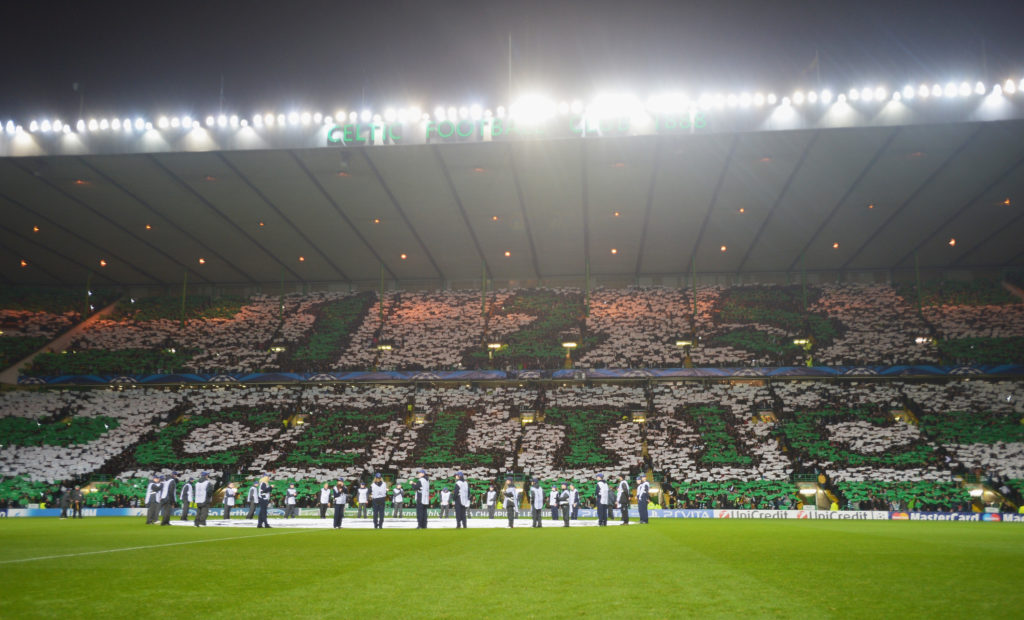 Celtic fans hold up cards to spell out a sign during the UEFA Champions League Group G match between Celtic and Barcelona at Celtic Park on November 7, 2012 in Glasgow, Scotland.

With just 11% possession against arguably the best club side in the world at the time and unarguably the greatest player in the world, Celtic denied Barcelona what should've been the most routine of victories. But what's more, they scarpered off down the road with all three point, clicking their heels in childish delight as they went.

It wasn't a smash and grab either.

Celtic didn't expect the ball. They didn't really want it, either. A staunch defence of Fraser Forster's goal was the plan, followed by quick and decisive breaks fuelled by the raw delirium of 60,000 Hoops fans, scarcely believing their eyes. 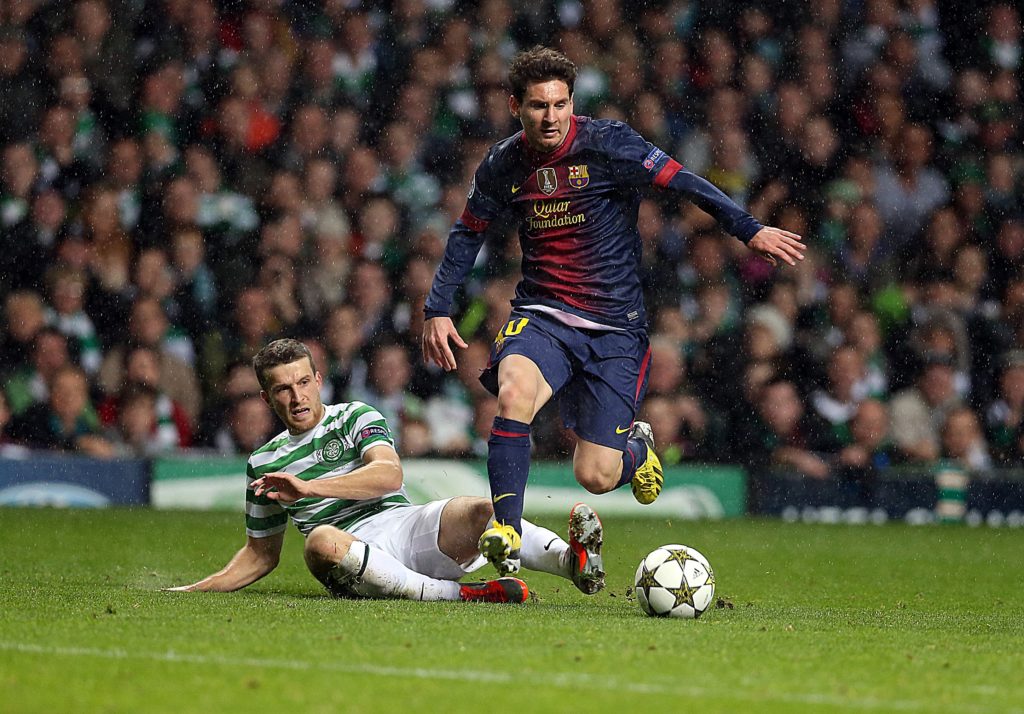 It's true, Barcelona weren't at their best - not particularly surprising when you take a team of tanned Latin footballers and ask them to run around in the height of a Glaswegian winter, but Celtic's effectiveness and will to deny brought about the result, not the shortcomings of their opponents.

Still finding their feet following the surprise exit of Pep Guardiola during the summer, Barcelona were uncharacteristically giving possession away.

One such instance lead to a Celtic corner after 21 minutes. Victor Wanyama rose highest at the back post to give Neil Lennon's men an unlikely lead.

An hour-long Barcelona onslaught was expected, and came. But the Scottish side, like a Dublin bar at 11:58am, despite the fact that there was a queue of cold-looking faces out there, refused to open up. 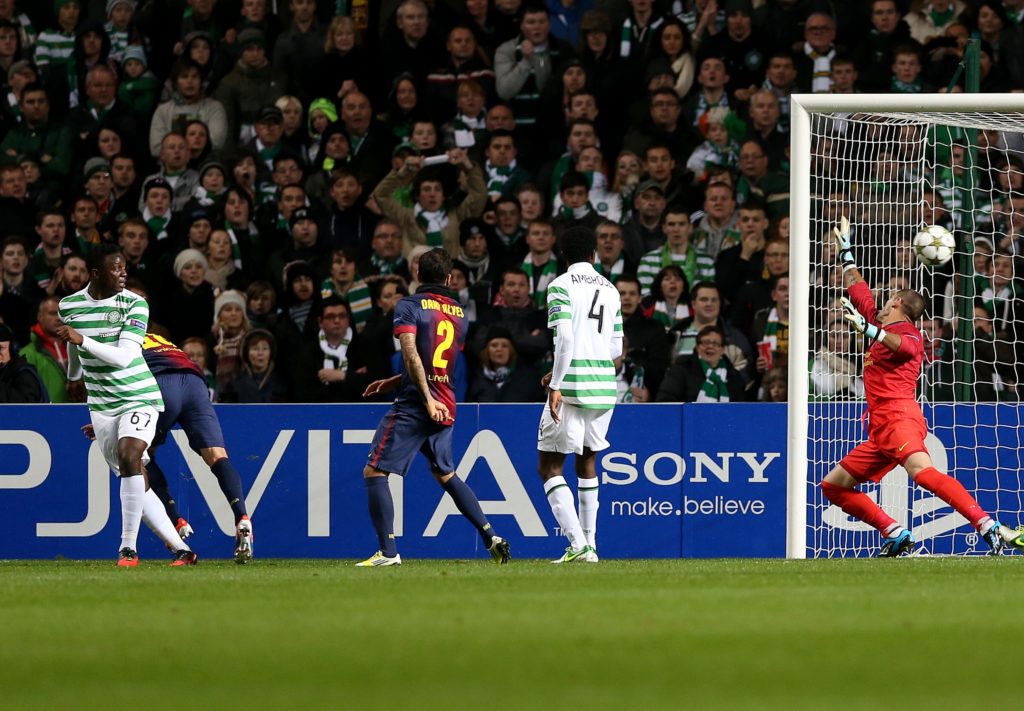 Forster and his defence made a flurry of blocks to deny Lionel Messi, Alexis Sanchez and Andres Iniesta, and before long, Cesc Fabregas and David Villa were off the bench to help out. But Celtic stayed firm.

And as the Spaniards poured forward, a classically un-Spanish hoof up-field by Forster was misjudged by Xavi (perhaps too perplexed at the idea of such a long-range kick) and bounced over the Barcelona defence to see 18-year-old Tony Watt racing through on goal, one-on-one with Victor Valdes.

The youngster slotted the ball cleanly into the corner and then proceeded to sprint over to passing UEFA Champions League pitch-side officer for a big hug (what else do you do when you score the clincher against the best team in the world?). 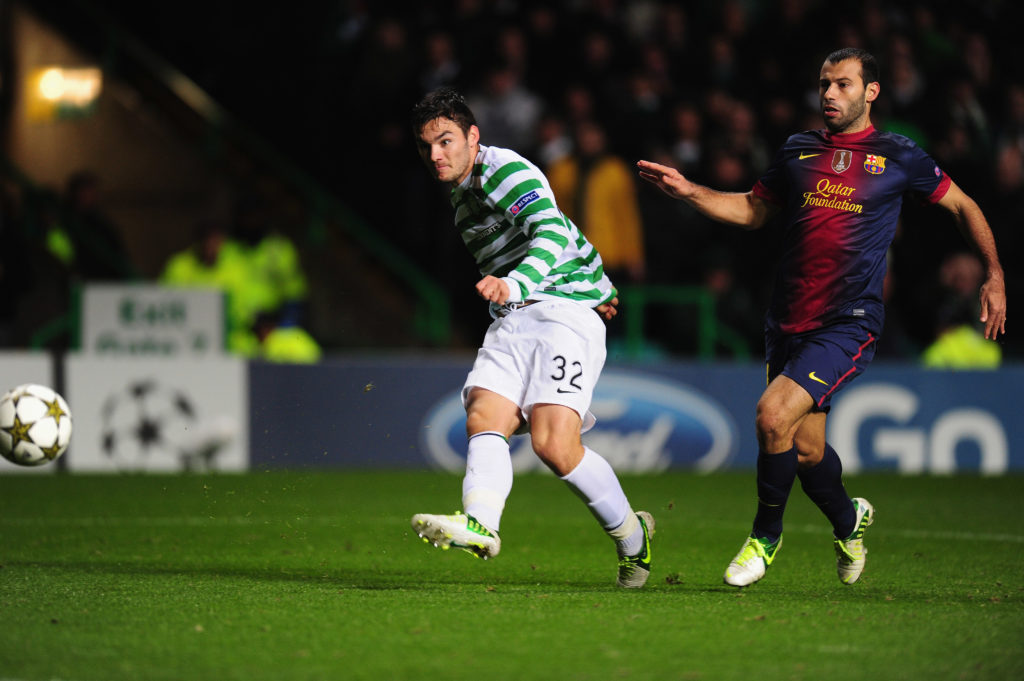 With just seven minutes to go, Celtic held on, despite a nervy last few moments thanks to a late goal snatched by Messi.

As the final-whistle sounded, Celtic Park, which had been bouncing all evening, erupted. The cameras panned to a tearful Rod Stewart, who could scarcely comprehend what he was watching.

Football is a strange game. Things that once seemed impossible become reality and vice-versa. Nothing is certain and nothing is guaranteed, and yet this result had a definite sense of run-around-with-your-hands-in-the-air madness.

Barcelona and Celtic had arguably never been further from each other in terms of European pedigree and ability, and despite the Spaniards needing a 94th minute winner to beat them at the Nou Camp just a couple of weeks before, this really felt like something out of a story-book.

Celtic have won plenty of trophies in their time, including the European Cup itself, but few victories would've left such a giddy sense of joy and wonder in their fans as this one.