Dean Whyte - a member of Dillian's team has said that that the Tyson Fury has treated Whyte fans like ‘s***’ and with a lack of respect.

Dean, who is a consultant at boxing promotion Blvckbox Global spoke to BoyleSports Boxing said:

"There's been a lack of respect and a lack of humility [from Tyson’s side]. Just because they've won the purse bid there's a feeling that just because they have control they can treat us like sh*t",

"First off we're human beings - if they wanted the best out of Dillian, or any athlete - you treat them with courtesy and respect", he said

“They won the purse bids but then we have all the shenanigans; four tickets for fight night, three seats on a Ryanair plane economy for the presser, all of this caper".

"You spent 41 million on this fight. Why would you want to send one of the prize assets on an economy plane where you could catch COVID, then spread it around the press conference, and the whole show gets disbanded? "

Dean Whyte has confirmed that Dillian is ready and raring to go for Tyson Fury.

This isn't the only issue that has come up.

According to Whyte, Fury is limiting the amount of people available backstage from his opponents side.

“There's a lot of cheap shots, for example, they are only allowing us four members of the team backstage on fight night, he added

You wouldn't get that on a Matchroom show. Fury will have 100 people backstage.

There should be a level playing field, let's be reasonable.

“I think it was Ticketmaster they allegedly sold the tickets to. A lot of resellers have bought them and they're on StubHub. I understand that's the game, but the thousands of Dillian fans that have messaged me can't get a ticket because they're too much.”

The fight will take place on 23 April 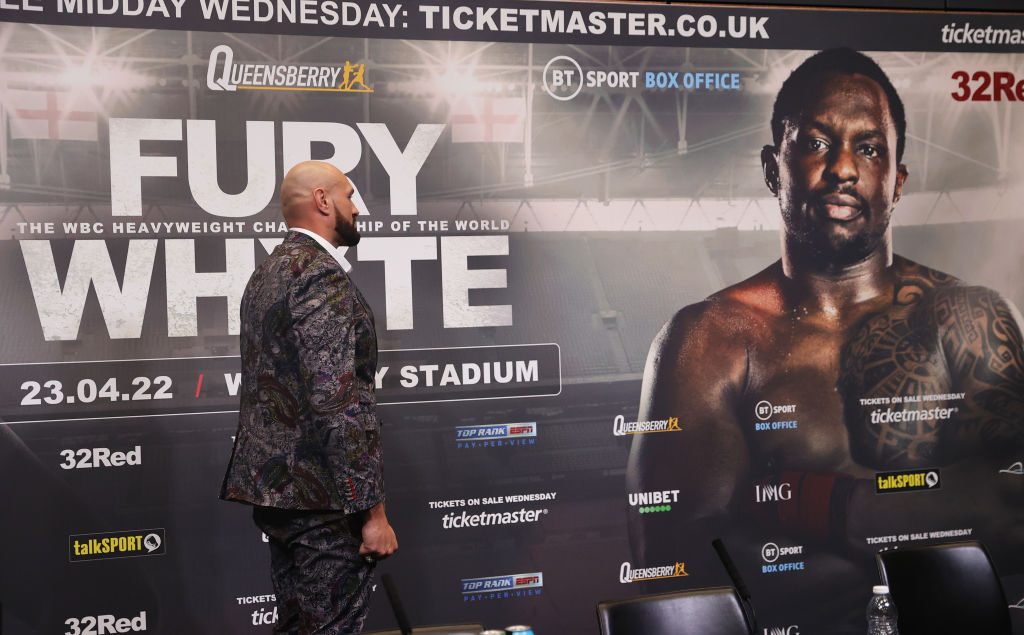