You can argue over the order but not the shortlist. Perhaps the triumvirate could become a quartet by the inclusion of a Whelan — either Ronnie, the serial collector of winners’ medals during Liverpool’s golden era, or Liam, the Busby Babe whose life was tragically cut short in Munich.

Earlier in the week we picked our all-time #Ireland XI, what do you think? #ROI http://t.co/BhpwA1SHbV pic.twitter.com/HQmJz74LHp

But Glenn Whelan? Mention his name in the company of giants and you’ll be scoffed at. “A terrible player who is lucky to have won 50 caps,” was Eamon Dunphy’s withering assessment of the Stoke City midfielder in 2013 after Sweden left Ireland with a 2-1 victory at Lansdowne Road.

Well, that ‘terrible’ player is about to become the most capped central midfielder in Irish international soccer. Currently on 66 caps, he has already surpassed Giles’ total of 59, is one shy of Roy Keane’s tally of 67 and within reach of the record Liam Brady posted, 72.

Conceivably, he could be ahead of Brady by the end of this season, which for a player who arrived relatively late into international football — making his debut as a 24-year-old in 2008 — is a respectable return.

Mention respect to Whelan, though, and you’ll get short shrift. It seems fairly clear he doesn’t feel he has had enough of it, with Dunphy’s words from 2013 leaving a damaging effect. “If that is the way he feels, why doesn’t he come down to training and say it to my face? Whelan said afterwards. “He is a bully who wants to get under people’s skin. I have held back on saying something until now but I won’t hold back any more.

“For him to say that I am a terrible player and was lucky to get 50 caps, well let’s put our records and our achievements on the table. What has he done in football? Compare his stats and his achievements to what I have done and that speaks volumes.

“I have played 50 times for my country, played at the European Championship finals, played in the Premier League for a long time, played in Europe for two clubs, played in an FA Cup final.” 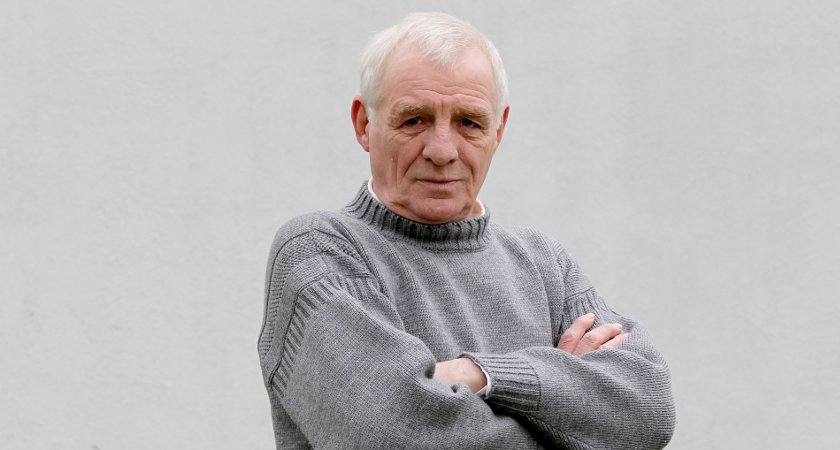 Eamon Dunphy doesn't mince his words [Picture: Inpho]
While Dunphy quickly apologised, he was just as quick to retract the retraction, saying: “I’m sure he’s hurt and I’m sorry about that but you have to call it as you see it. I’ve taken plenty of stick over the years but I never whinged. I just took it. I mean he does earn enough money to drive a Ferrari, to be a Ferrari collector for heaven’s sake.”

Yet, not for the first time, Dunphy — and plenty of others — are missing the point. Whelan, at 31, is clearly not another Keane, Giles or Brady. He has his limitations but also his uses.

Put it this way, I played alongside him when he was making his debut, and starting out in international football. And he was excellent. He never gave the ball away. Think about that quality. In international football, I’ve seen players loosely cough up possession and spent 90 seconds running around trying to get it back. With Glenn, you didn’t have that problem. He’s so underrated. Against Georgia last month, he was our best player. He’s been an outstanding Irish international and a much-maligned one. Wrongly so.

Reid isn’t alone in jumping to the Dubliner’s defence. From Kevin Kilbane came a similar character reference. “Remember when we last played Germany without Glenn Whelan? We lost 6-1. That says it all. And remember when we played Scotland in Celtic Park last year? All the analysis focused on how they dominated midfield. Who was missing that night?”

The answer was left unheard. And so has Whelan’s voice just recently. He has been stung by the criticism, not just from Dunphy but from a number of outlets, and these days prefers to keep his own counsel. “Look, he can be a bit grumpy,” laughed Jon Walters after the Georgia game. “But look at what he has achieved. Giovanni (Trapattoni) picked him and now Martin (O’Neill) has.

At club level, he has lost his place now and then at Stoke but he has been there in the Premier League since 2008. If he was a bad player, as people have wrongly claimed, then how come he has stayed there that long? You don’t get given anything for free in the Premier League. You earn it. Glenn has. Tony Pulis saw it and now Mark Hughes has spotted it.”

So how come so many others haven’t? Why has Whelan become the latest victim of bullying? Mainly it is because of what he is, the grafter, the midfielder whose subtle positioning plugs holes in midfields, whose range of passing — while impressive — fails to excite. Fans go to football games looking to be thrilled. And Ireland don’t really give supporters that. They try, yes. They are honest pros who haven’t forgotten where they came from. They care about their country. They play through injuries. They are, what Dunphy defined in his seminal book Only a Game? the quintessential ‘good pro’.

But in the modern world, the good pro is an anachronism. Good is no longer good enough. We want more. We want what we can’t have. So when Trapattoni fell out with Andy Reid, when he ignored Darron Gibson or Wes Hoolahan, that was what we wanted. That or Stephen Ireland. There has always been a desire to go get the man out of the squad rather than applaud the ones in it. Right or wrong, Whelan has suffered. Worse still, he has been vilified. A good pro? He’s our best one.