EAMON DUNPHY has launched a verbal attack on Roy Keane, slating his punditry for ITV and questioning his knowledge of the game.

Both Eamon Dunphy and Roy Keane could both be considered among the most controversial football pundits on television.

While Dunphy has been a consistent player on the RTE panel for over a decade, Keane has laid claim to a chair on the ITV coverage for a number of games in recent years.

At the moment, the Ireland assistant manager is in Russia giving his opinion on the group stages of the 2018 World Cup, alongside the likes of Ian Wright, Patric Evra, Slaven Bilic, and Gary Neville.

While many have found his cutting remarks and occasional grins enjoyable to watch, Eamon Dunphy is one person who has found him unbearable to listen to.

So much so that he launched a scathing verbal attack on the former Ireland and Manchester United manager during an interview on the RTE 2fm show Game On.

On Keane’s punditry work with ITV at the World Cup, Dunphy said: “He has become a caricature. I watched the ITV coverage last night, because he was on it, of the Colombia Poland game and in terms of insight he offered nothing.

“At halftime is where the analysts do their job, this is why something’s working or this is why it isn’t working, there’s no analysis, there’s just smart arse remarks and ripping Carlos Queiroz’s head off or some such thing, having a go at the English, there’s no intelligent analysis. I don’t think he knows much about the game.

“Not all the great players were good judges of the game, they didn’t know what was going on and a lot of the great coaches for example Arsene Wenger, Alex Ferguson, we’re not great players, they were just journeymen.” 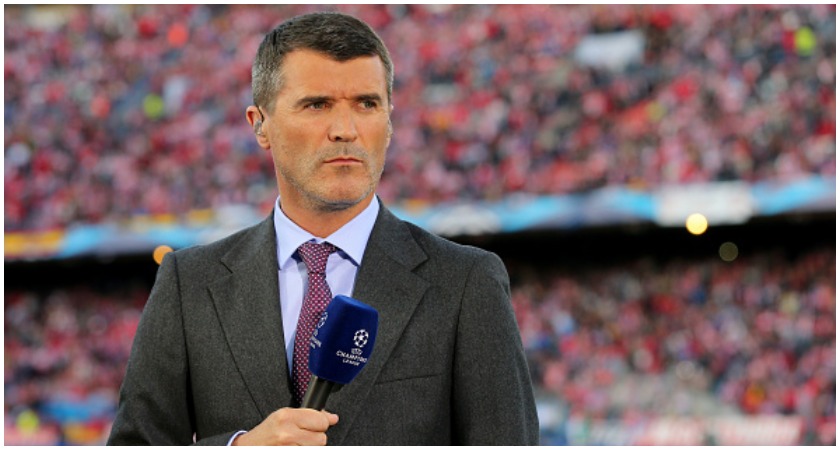 Dunphy didn’t stop at Keane’s television appearances, he also went in on Keane’s tenure as Martin O’Neill’s assistant with Ireland.

He said: “Ireland are not playing the same game as every other nation, small and large. We’re playing Stone Age stuff, it’s an embarrassment. I don’t know how Roy Keane can actually go on television and open his mouth as someone has only got to say “you’re assistant manager or assistant coach with the team in the world that plays the worst football”.

Finally, Dunphy dealt the final blow by claiming that Keane locks the knowledge to offer anything on a football punditry panel and that he has become something of a joke.

He added: “When you watch him, I just watched as an exercise to see what he’d offer and what he offered was nothing. Absolutely nothing. And if you look at Didi Hamann, Liam Brady, John Giles, all these people who have worked here, and if you look at Gary Neville om Sky, the knowledge is there, you can see it, you’re wiser after you watch them about what’s going on.

“With Keane you get nothing except you know the kind of, I should have ripped Carlos head off. So he has become a joke in my opinion and the biggest joke of course is that the team he has got influence with can’t play at all. Nothing happens at training involving Kene except he puts the cones out and gives press conferences.”

Strong words from Dunphy. We can’t wait for Keano’s response!