IT’S 2003, a year after Oisin McConville scored the winning goal against Kerry in an All-Ireland final, and the Crossmaglen man finds himself in Luton, just north of London, for a routine operation on his back.

With a pocket full of cash from the Armagh County Board to cover his expenses, McConville passes a bookmakers on his taxi route back from the hospital towards his hotel.

‘Sure I might wander in,’ he says to himself, ‘no one knows me here’. He asks the driver to pull over, that there’s been a change of plan. In he walks with £400 cash, £15 of which he sets aside in his back pocket.

With £385 to play with, deep down, McConville knows he’s walking back to his hotel broke, with the £15 reserved for that following morning’s taxi back to Luton airport. Except it didn’t last, he couldn’t resist one last gamble, and so he trudged back with nothing to show for his efforts.

Penniless and desperate, the six-time All-Ireland Senior Club Championship winner had no option but to walk to the airport in the morning, carrying a rucksack slung over the back he’d just had surgery on.

The nightmare continued when McConville realised he’d misjudged the length of time it would take to walk, having to jog the final few miles. With his back in ruins, he just about made the flight and was picked up at the other end.

At that point in his personal life, surviving by the skin of his teeth had become the norm for McConville, but his success on the field of play offered a way out from reality.

“When I was out there, one of the reasons people didn't realise I was gambling was that I had a great capacity to hide it,” he told The Irish Post, referring to the numerous occasions he took to the Croke Park pitch in orange and white or black and amber.

“Instead of me being guarded about it, I'd almost walk down the street and give you a high-five just to show you that I was in f**king great form; I'd the world at my feet, all that sort of stuff. That was instead of showing what the real me was, which was eating up my insides, but I'd only deal with that when I went back to the house.

“That public image for me, or that mask that I was putting on, was brilliant from my point of view. It allowed me to function in real life. Gambling is a really well hidden one, because if you see someone stumbling out of a pub seven days a week you'd probably presume they've got an issue with drink. With gambling, there can be little or no physical signs.”

And that’s one of the reasons why McConville now invests much of his time trying to prevent others from falling into the trap that caught him and almost derailed his life.

In an era where relaxed legislation has prompted a tidal wave of gambling advertising, McConville has not placed a bet in over a decade. He won’t even buy a lottery ticket. And the temptation to take advantage of the public price wars, with TV offers shoved down the throats of would-be punters, never so much as wobbles him.

“But I think there should be a lot stricter regulations around it,” claimed McConville, who was in London for an event hosted by Irish in Britain. “It's an open field out there at the minute. There's too much of a vested interested for some. I think there is a bit of hesitancy from the government to control it more because it's bringing money in for them too, what with the tax money it generates.

“I'm not sure how they can regulate the internet. Years ago, it was a lot easier to regulate what was going on. When I was growing up, 99 per cent of the gambling I was doing was in a bookies' shop. It's not about walking into a shop anymore, there's so many different avenues to have a bet, it can be done at the touch of a button.” 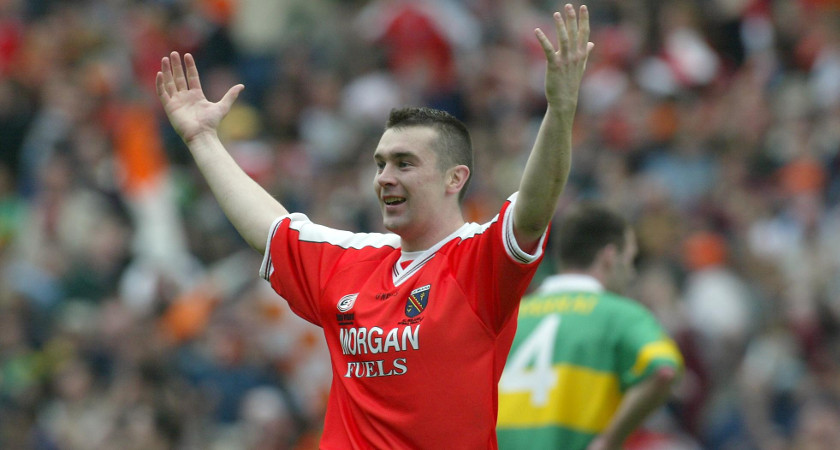 McConville celebrates at the final whistle in the 2002 All-Ireland final [Picture: Inpho]

So if gambling is easier and more accessible than ever, yet tell-tale signs of an addict are hard to spot, what exactly should set alarm bells ringing?

“Dramatic changes in behaviour,” says the trained addiction councillor. “So, for example, somebody who is outgoing seems to fall into themselves, or it could even be the other way around – somebody who's really quiet starts acting out and is completely out there all of a sudden.

Former London player Cathal McCarron is another notable GAA player who has overcome adversity having suffered from gambling addiction, as well as coping with an unwanted spotlight after his appearance in a pornographic video was brought to the media’s attention in 2014.

After brushing his personal trauma and addiction to one side, McCarron returned to his native Tyrone and proved to be a key player for Mickey Harte last year, something McConville has the utmost respect for.

“One of the things I think other fellas can learn from Cathal is that you can go as deep as you can go into addiction, but you can always come out the other side. A lot of the time, when I hear stuff about addiction, it's always very negative. And that's a given, because it has a very negative impact on families and lives.

“But you don't hear a lot about the stories of hope, or recovery, and for that lad to come back from what he came back from is testament to him and the people around him. It can be about getting the right help at the right time. 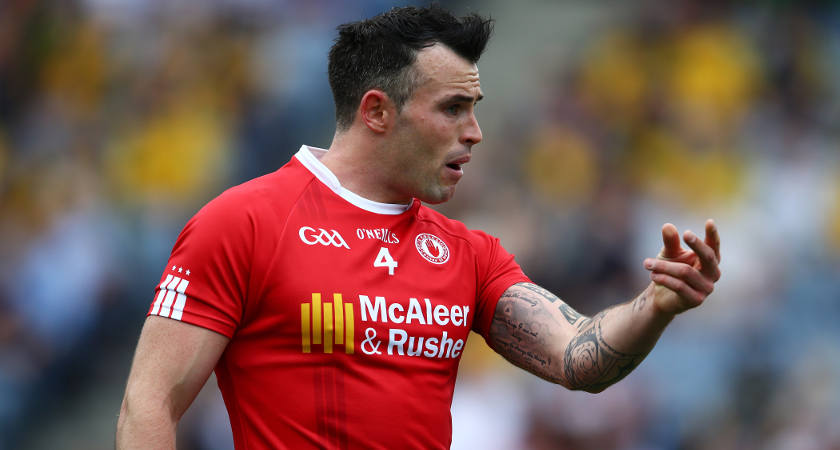 “If Cathal, and other lads like him who have a public image, are able to come back from it and are able to inspire others to get help, then they're a shining light. And a lot of the time we don't celebrate that, maybe we should make more of it.”

In recent years, the Gaelic Players Association (GPA) has become the lead voice for protecting the wellbeing of GAA players, and now represents over 2,300 current players, supporting them with their education, careers, health, life skills and welfare.

The body’s mission statement, in their own words, is to invest ‘in a better and more sustainable future for county players’. McConville recognises the achievements of this non-for-profit organisation, but is mindful of players who don’t quite make county level.

“They've become very important,” he said of the GPA. “I've been quite critical of the GPA in the past but the work they've been doing is absolutely immense. But maybe now is the time to help facilitate all other members of the GAA who don't have the privilege or the opportunity to go and get the services paid for by the GPA.

“Granted, the players who can tap into the GPA are probably under the most pressure, between work, training, home life and trying to balance and manage all those things.

“It's very hard to do that, so it's great to have them. But the GPA will only facilitate county players and that's the unfortunate thing about it. Yes, within clubs you'll have a certain amount of county players, but for every footballer or hurler that comes over here and plays for London, there's probably 100 other lads who come over here, play football or hurling, and don't make the county panel.

“That's one of the things I'd be aware of, that the structure within those clubs have to be helpful for the lads that help isn't readily available for from the GPA. In Ireland, there's a health and wellbeing officer now in every club and I would like to think that’s caught on over here too.” 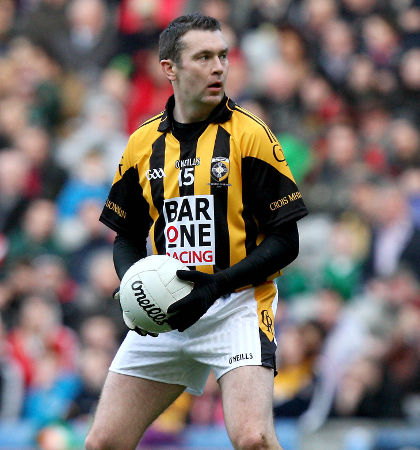 A club man to the core, McConville was an ever-present in the Crossmaglen panel that won 13 Armagh Senior Football Championships in a row between 1996 and 2008, which equalled the national record set by Ballina Stephenites in Mayo a century ago this year.

Never one to miss an opportunity to gloat about his club’s success as a constant heavyweight on the club scene, McConville believes even the smallest of clubs can help the wellbeing of their players by learning from what they do at Cross.

“One thing that my club has done well is that we've been able to get young players involved in club in a different capacity, like helping out with the Under 6s right through to the Under 14s, it makes them realise that there's never enough help.”

But there’s always some help, where mental wellbeing is concerned.

Four years after that episode in Luton, McConville finds himself in the exact same situation – over here for surgery on an injury in the same hospital, staying in the same hotel and taking the same route back.

The only difference this time is his gambling habits – he hadn’t bet in a year by this point. Resisting the urge to ask the taxi driver to pull over, he scrambled back to his hotel room and made a phonecall.

Who was on the other end, McConville wouldn’t say, but it turned his attention from temptation and proved a pivotal moment in his rehabilitation.