Now both the undisputed lightweight and promoter Eddie Hearn want to set up a meeting with American Amanda Serrano at Madison Square Garden next spring. 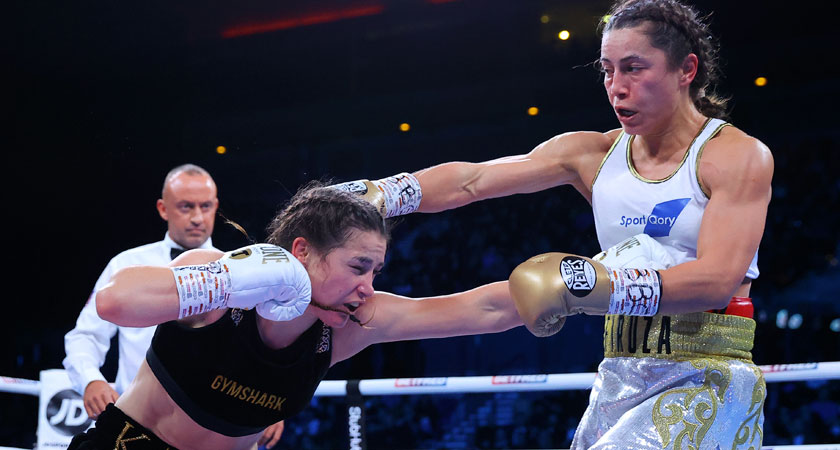 "That is the biggest fight in women's boxing, Katie's been wanting that fight for a long time."

He added: "It's now time to make the historic fight at Madison Square Garden, that's the fight people want to see.

"It's the biggest fight of all time in women's boxing."

Before meeting the unified featherweight champion, Taylor had to defend her WBC, WBA, IBF and WBO crowns against WBA Mandatory Challenger, Sharipova.

The Bray Bomber had won all 19 of her previous professional fights, six by way of knockout.

However, she struggled at times to impose her authority at the M&S Bank Arena against the stubborn Sharipova, the WBA number two. 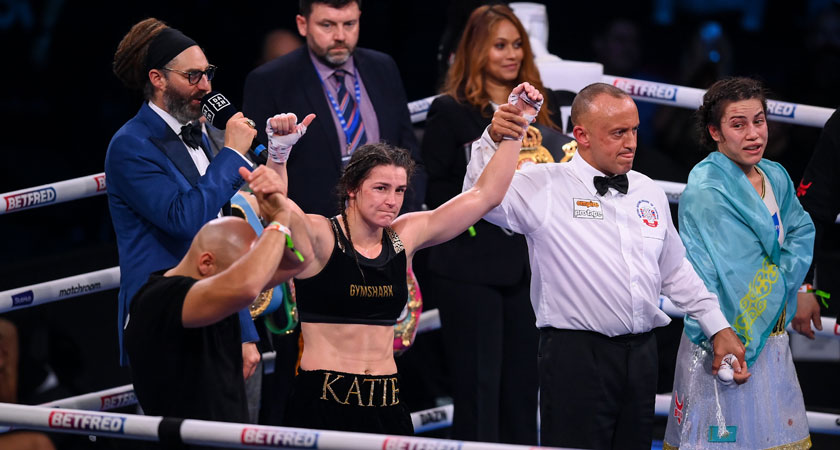 The 27-year-old held her own in the opening two rounds before the Irish fighter unleashed several flurries of punches in the third, catching Sharipova with a deft left hook.

The challenger retained her composure to shade the fourth but Taylor caught her opponent's right eye in the fifth.

The round also saw a tiring Sharipova docked a point for excessive holding. 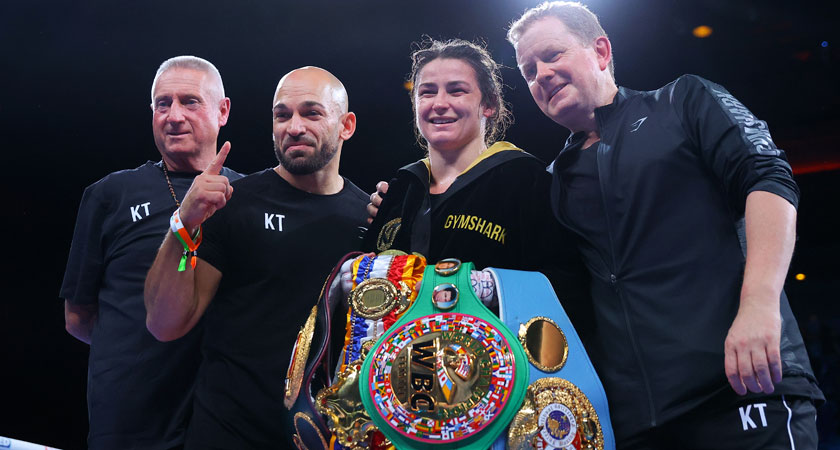 Katie Taylor and her team with her belts after her victory over Sharipova (Image: Alex Livesey/Getty Images)

Taylor kept her distance in the closing rounds, denying Sharipova the opportunity to land a knockout blow.

The Irishwoman instead picked off her opponent with opportunistic jabs and occasional quick combinations to see out the fight, earning a unanimous 98-92, 97-92, 96-93 points decision.

'This is what it's all about'

"This is what it's all about, this is why I'm involved in professional boxing, to be involved in the biggest fights possible," she told DAZN Boxing.

Any meeting is dependent on Serrano beating Spanish lightweight Miriam Gutiérrez at the Amalie Arena in Florida next Friday.