PROFESSIONAL boxers from the four corners of Ireland are set to take London's famous York Hall by storm on Saturday, June 22.

In what is being billed as The Irish Invasion, a cast of Irish boxers targeting international and European titles will face off against British and world ranked opponents in the iconic Bethnal Green venue in East London.

Decorated amateur Eric Donovan from Co. Kildare tops the bill. The Athy man is highly rated but must first beat Nicaraguan knock-out specialist Moise Mojica if he's to realise his dream of lifting a European title.

That success and a compelling personal story has seen him rapidly emerge as a poster boy for the sport in Ireland, which is right now blossoming. 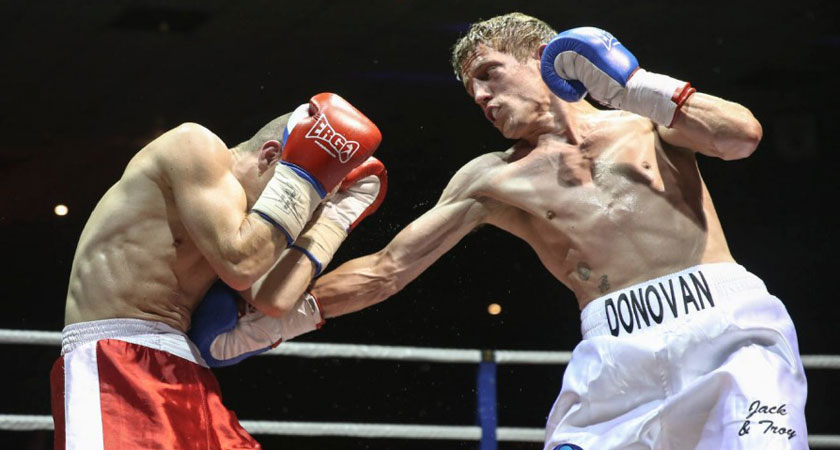 This will be Eric Donovan's first professional fight outside of Ireland (Image: Ricardo Guglieminotti)

"I think it's a first that a group of Irish pro fighters are travelling to London in such numbers for a one-off event," said Donovan.

"I'm excited and hopefully put on a show for the Irish in the city which is the next stage in my quest for a European title."

After taking a number of years out of the sport – in which time he earned a qualification in counselling – Donovan was tempted back into the professional side of boxing by Leonard Gunning, an Irishman from Sligo, who now lives in London.

Gunning said: "This group of Irish boxers have genuine title-winning credentials and they see this as a fantastic opportunity to showcase their skills outside of Ireland. 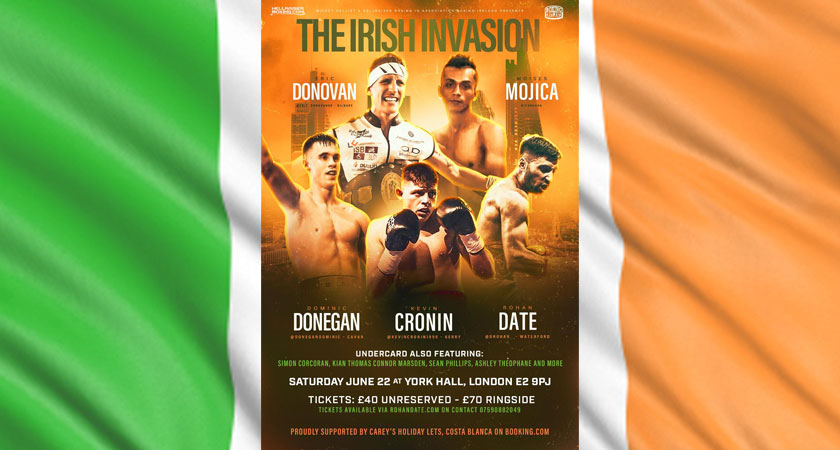 "It's a fantastic opportunity and they're hoping to draw in support from their county men and women from Waterford, Kildare, Kerry and Cavan."

This sentiment is echoed by the headline act, Donovan.

"Preparation has gone great," he said. "I'm looking forward to it. I've a good crowd coming over and I've a lot of family and friends over there too that are going to be making the trip down.

"All I wanted to do when I turned pro was to create memories, lasting memories, and hopefully June 22 is going to be one."

There are a limited amount of tickets available for The Irish Invasion on June 22. Tickets cost £40 (unreserved) and £70 (ringside) and can be bought via Donovan's manager Leonard Gunning, who can be contacted at 07985 646187.