IF you're going to end a 14-month winless streak, you may as well do it in style.

Quinn assisted the opener, finding Libby Smith with a long through-ball after just three minutes before the forward slid the ball past Gunners keeper Manuela Zinsberger.

What a start for the Blues! 🔵

Incredible composure from @libbysmith_9 to score an early opener against the league leaders at St Andrew's! 🙌

Then on 43 minutes, Dublin native Finn crossed from the right for Veatriki Sarri to double the lead.

Meanwhile, at the back, Blues captain and Ireland international Louise Quinn ensured the league's leakiest defence kept the league's top scorers at bay.

Ireland international Harriet Scott and Northern Ireland's Rebecca Holloway were also in the Blues' starting line-up for the momentous victory. 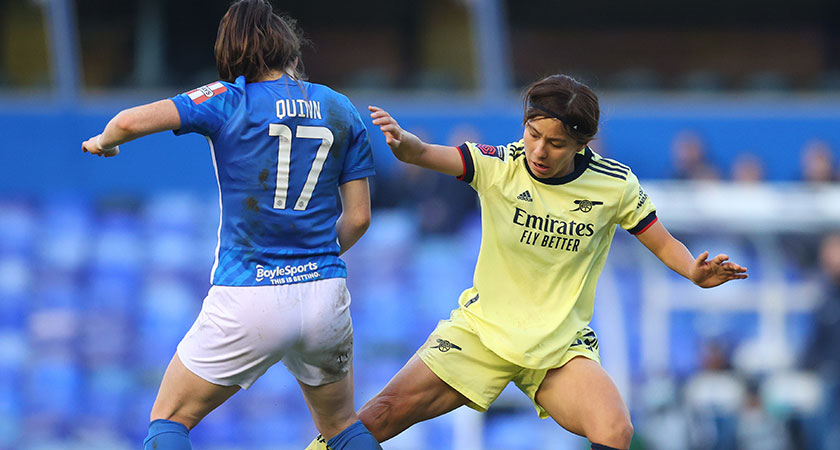 The shock result was enough to lift Birmingham off the foot of the table and they now have four points from 11 games.

The Blues' last league victory was in November 2020 when they beat local rivals Aston Villa 1-0, a massive 421 days ago.

That was their third win in the first seven games of the 2020/21 FA Women's Super League, but they failed to win any of their remaining 15 league fixtures.

That poor form continued into this season, with the Blues having lost nine of their first 10 league games before today.

In that time, they had managed just four league goals while conceding 26, while Arsenal had scored 30 and conceded just three before facing the Blues.

All of Birmingham's recent league wins have also come away from home, so today's victory at St Andrew's marks a first home league success since a 2-0 win over Liverpool on October 27, 2019 — 805 days ago.

The result means previously unbeaten Arsenal were unable to open up a seven-point gap over defending champions Chelsea in second place.

Birmingham's win will no doubt encourage interim boss Darren Carter that the side can avoid relegation.

It will also give the squad a lift ahead of upcoming trips to Manchester United and Reading.