JAMES MCCLEAN has once again been hit with a wave of anti-Irish abuse on social media after he posted a photo of himself wearing a Germany jersey to Instagram on Tuesday.

Presumably looking to taunt England fans ahead of their mouthwatering last-16 tie against their old rivals, the Ireland international made it clear who he was rooting for.

McClean has a long history of animosity with English football fans, which began when he refused to wear a remembrance poppy on his jersey in 2012, and while goading them prior to the their biggest match in over two decades wasn't the wisest decision, the reaction he received is totally unjustified.

The Stoke City winger posted a screenshot of some of the messages.

One fan told him "I hope you burn," while another said: "Die of cardiac arrest you f***ing Irish scumbag prick". 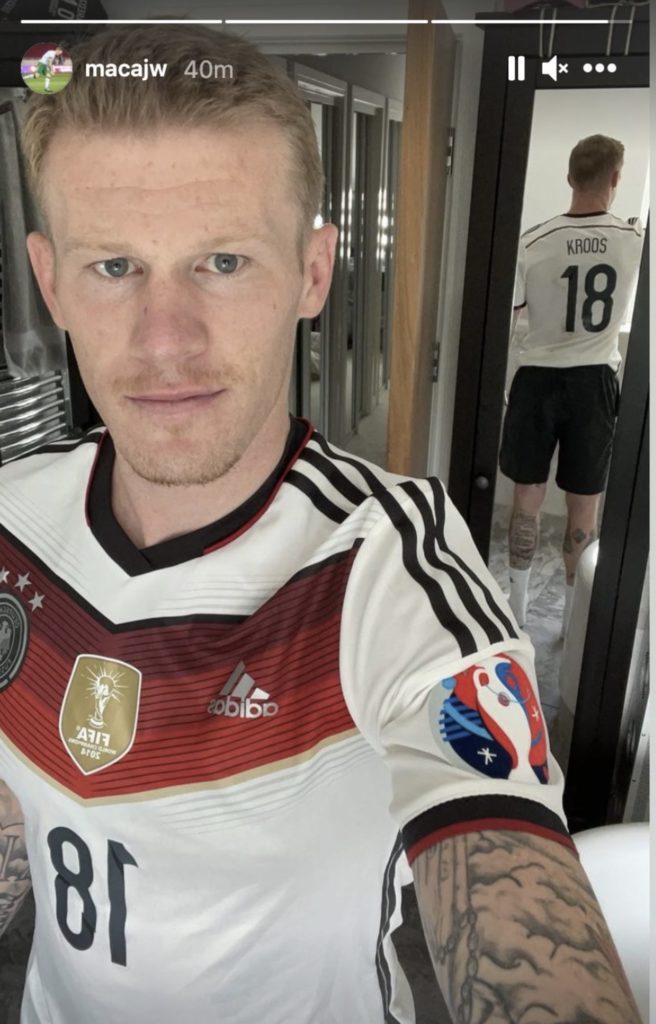 Goals from Raheem Sterling and Harry Kane saw England secure their most significant win over Germany since the World Cup final in 1966, and possibly their most emphatic result at a major tournament since then too.

Gareth Southgate's side have now booked themselves a place in Saturday's Euro 2020 quarter-final, where they'll face Ukraine.

McClean has in the past landed himself in hot water for his social media activity.

Stoke fined their player two weeks wages after he posted on Instagram a picture of him sitting in front of his kids wearing a black paramilitary-style balaclava, along with the caption: "Today's school lesson – history."

McClean apologised for his reference to the IRA shortly after and said he would be deleting his Instagram account, though he remains active more than a year later.