Gavin McGowan of Meath in action against Pádraig Muldoon of London during the Christy Ring Cup Group 2 Round 1 match between Meath and London at Páirc Tailteann, Navan in Meath. (Photo By Brendan Moran/Sportsfile via Getty Images)

Defeat to Roscommon last time out ensured there would be no repeat of last summer’s visit to Croke Park.

It has been a trying season for new manager Shane Kelly, with the loss of captain Brian Regan and the challenge of integrating a new set of players into the panel.

But the Galway native is still determined to see the positives and believes his side are not far away from delivering on their promise. 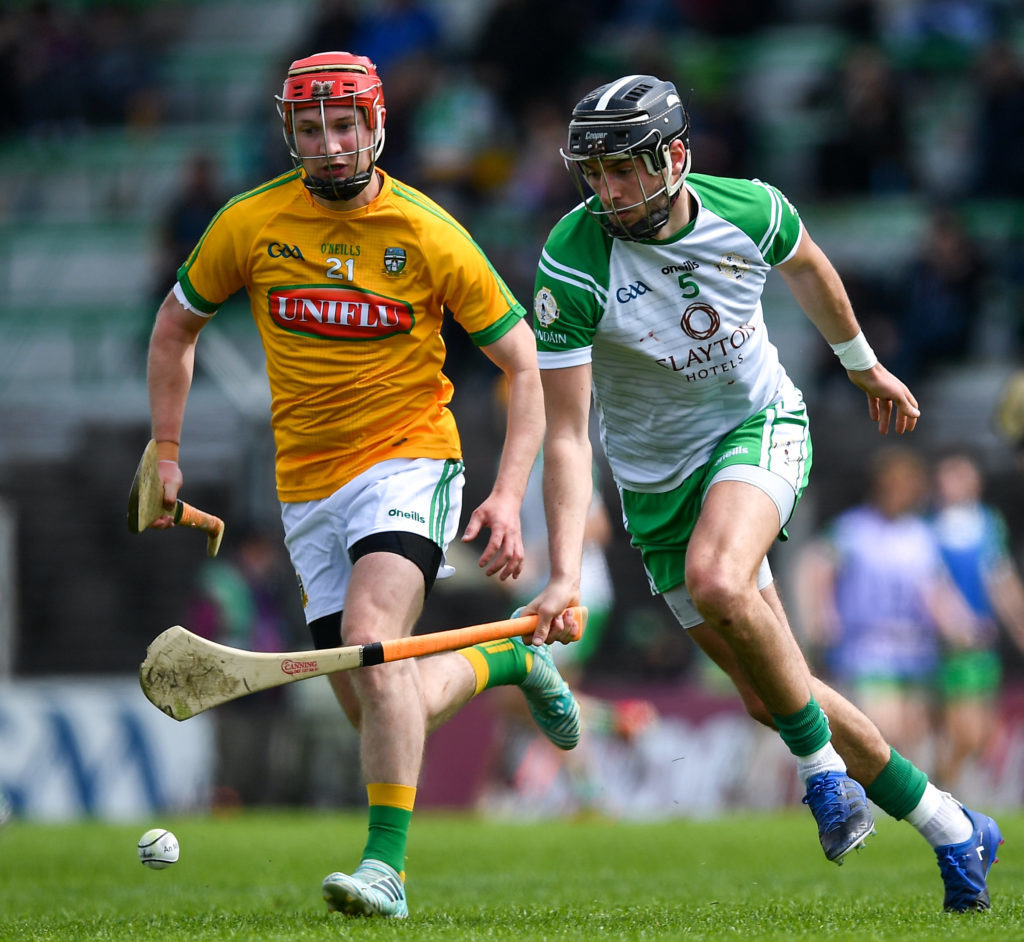 Killian Burke of London in action against Hugh Smith of Meath during the Christy Ring Cup Group 2 Round 1 match between Meath and London at Páirc Tailteann, Navan in Meath. (Photo By Brendan Moran/Sportsfile via Getty Images)

He said: “It hasn’t been easy. Any side would miss a player of Brian’s quality and to lose him in the manner we did was particularly hard. We have had 30 players involved since the turn of the year and that is never straightforward.

“There have been positive signs. Roscommon have won two games on the bounce in this competition, but up until the second sending off in our game, that match was in the balance.

“That’s the frustration for me and the coaching staff.

"We do have the attacking talent and we can cause teams problems.

Kildare have had their problems this year as well this season and it seems a  long time ago since both these sides contested last year's final.

“It’s a different challenge compared to last year, but it’s one the players need to embrace," said Kelly.

“We are at home and if we play anywhere near our capability, we can finish on a high. The players know that and I think you'll see a reaction on Saturday."