Tokyo , Japan - 30 August 2021; Nicole Turner of Ireland with her silver medal after competing in the Women's S6 50 metre butterfly final at the Tokyo Aquatic Centre on day six during the Tokyo 2020 Paralympic Games in Tokyo, Japan. (Photo By David Fitzgerald/Sportsfile via Getty Images)

A LITTLE  bit of time has passed since Irish Palaympian Nicole Turner won a silver medal at this year's Paralympic Games. A brilliant achievement, but it's the effect that Turner is having on others that has hit her hardest.

Turner came second to China's Jiang Yuyan in the women's 50m butterfly S6 to take home a silver for the republic. She missed out on a medal by half a second five years previous in Rio.

Athletes celebrations had to stay on hold as there were strict measures during the coronavirus pandemic, her return to Ireland wasn't like this

“It was actually nice. We actually flew home at about 10 o’clock at night so it was kind of nice that no one could have me that night. I could just go home and sleep.

“But the day after two local businessmen organised a big massive parade through the town and brought me home on an open top American-style bus. So it was lovely to see. Even though it was pouring rain, the amount of people I saw and the smiles on their faces put such a smile on my face. It was lovely.”

One moment that stood out for Turner was at her homecoming. Her success had a profound effect on other players and it was made clear as her open top bus through town

“A stand out moment for me was when the local community gave me a homecoming and I was in Portarlington Rugby Club. There were teams gathering there before they sent me off on my bus,” Turner said.

“There was a little boy there called Eddie and Eddie was in a wheelchair – he couldn’t use his legs and he couldn’t walk. My mom brought me over to him because there were crowds of people but he was in his wheelchair there.

“But I went over to him and showed him my medal and as I was walking away he turned to his mom and said, ‘I want to be like Nicole one day.’ So just little things like that, me achieving success and then other people seeing that they want to have that success in their lives is really nice to see.” 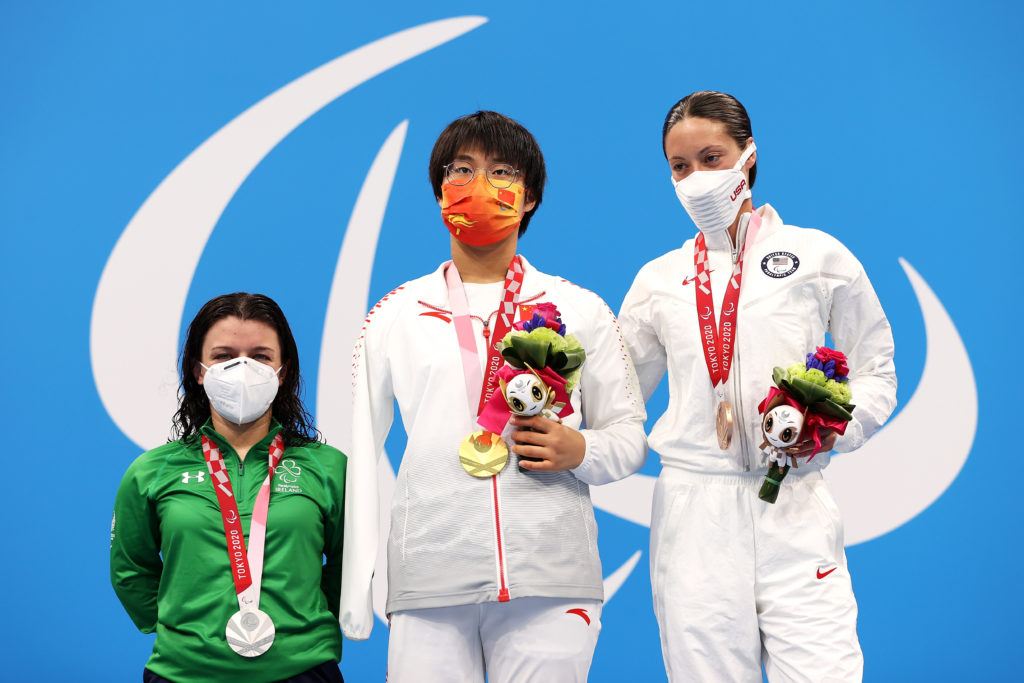 Ever since Turner's Irish swimming debut, she had continued to keep a furious rivalry with Great Britain's Ellie Robinson, she remains eager to beat Robinson, but is a friend of the Brits outside the pool

Robinson has bested Turner on several occasions. Robinson's gold medal triumph in the women’s 50m butterfly S6 was her most notable.

Turner got the better of Robinson this year , something which she admits she has aimed to achieve for a long time.

“In the pool we badly want to beat each other but outside of the pool we’ll be all smiles and laughs together. Ellie got gold in Rio and as the years went on… me and Ellie started on the international stage at the same time,” Turner explained.

“So we went to Rio together and she beat me then. At the Europeans in 2018 she got gold and I got silver. At the Worlds in 2019 she got silver and I got bronze. So I think as time went on I just wanted to beat her even more.

“Then Tokyo was the place where I beat her and I got silver and she actually came into Tokyo with a bit of a hip injury. So she just wanted to give it everything and whatever happened she was delighted to even be there. 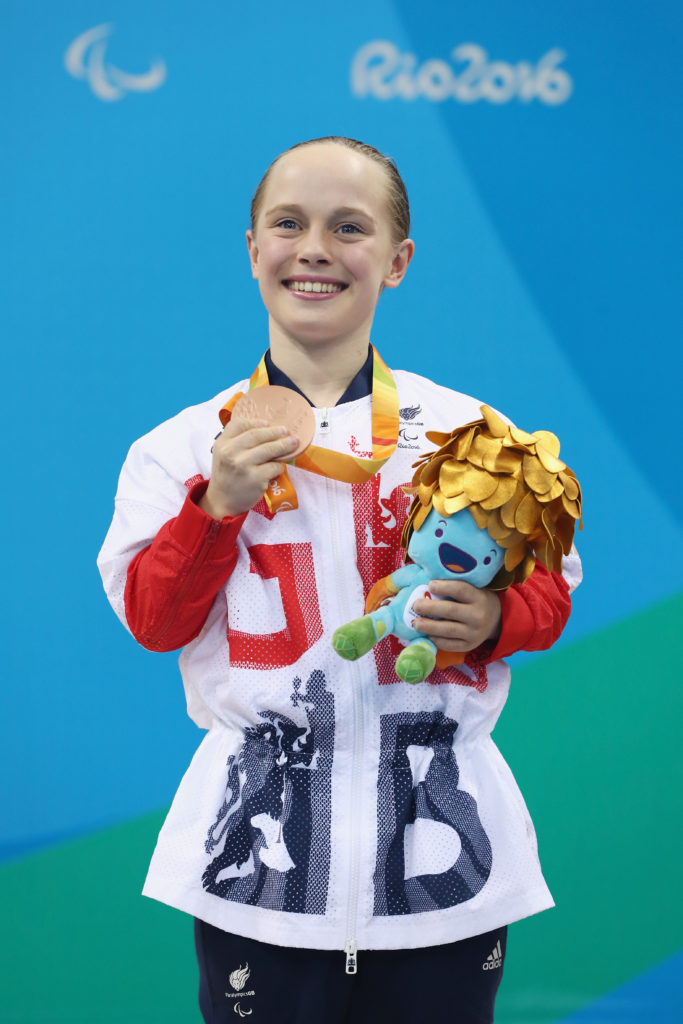 Turner has just recently returned to training after a brief break from the sport following  the Paralympics, her college course in sports management has taken up her time

The 2024 Games in Paris are still a while away yet, and Turner has several major competitions to train for before then, although she admits that she is ultimately working towards the next Paralympics.

“I went back training literally last Wednesday. I did three days last week and I’m doing three days this week. It wasn’t very nice at all,” Turner admitted.

“But I suppose if I didn’t go back then I’d never go back. The longer a break I had the harder I think it would have been to get back into the pool.”

“I got presented with a photo from Offaly sports partnership at the weekend and it’s a photo of the both of us in the pool and I’m just about a head ahead of her. Just even seeing that and all the years that I wanted to beat her and then when I did it, it was a nice feeling.”