One in four Irish people want England to win the Euros, study shows

OVER a quarter of Irish people say they want Gareth Southgate's England to win the Euros, a new survey has shown.

Irish bookmaker Paddy Power recently commissioned a study to find out where Ireland supporters' loyalties truly lie ahead of the final few days of the tournament.

After polling over 1,000 people from north and south of the border, results show that 26% admitted that they wanted to see the Three Lions bring it home, while 74% maintained the usual 'anyone but England' stance and said they hoped the Three Lions would be knocked out.

Only one Irish county was decidedly pro-England. Over half (52%) of respondent in Tipperary said they'd like to see the English go all the way, while counties Roscommon, Laois and Antrim weren't far behind with 45% each. 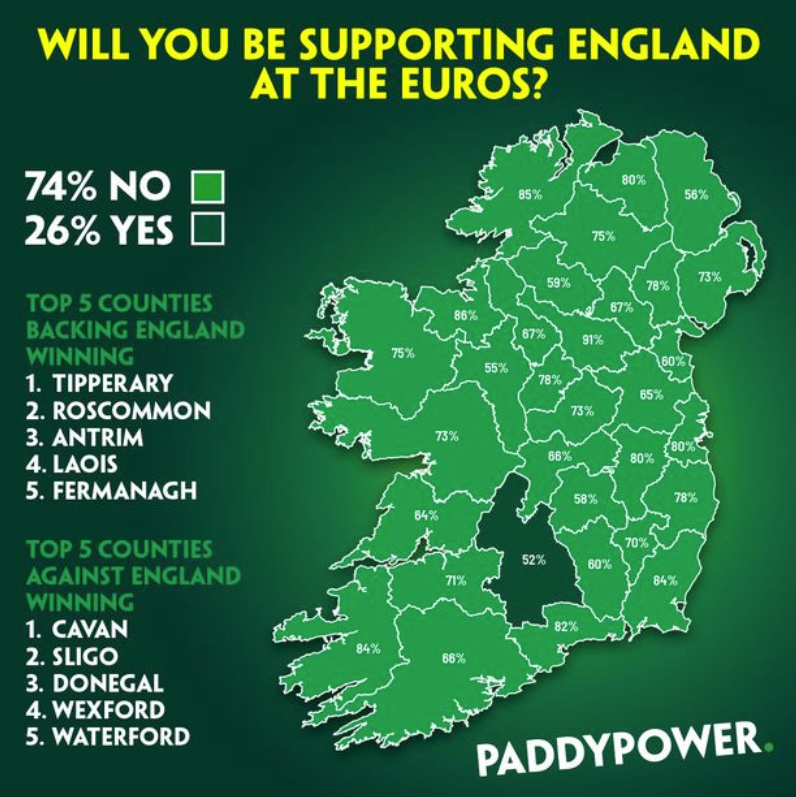 On the other side, Co. Cavan was the most anti-England area of the country. Just 9% of respondents said they wanted England to win, followed closely by Sligo (14%) and Donegal (15%).

It comes ahead of the England's semi-final tie against Denmark at Wembley Stadium on Wednesday evening where the winner will go onto to Sunday's final to face Italy, who overcame Spain in a dramatic penalty shootout on Tuesday.

Last month, Paddy Power erected an antagonistic mural in Dublin depicting Jack Grealish and Declan Rice - two players who controversially switched allegiances from Ireland to England - alongside the caption: 'Come on you boys in white'.

Created to promote their #SaveOurGame campaign, Paddy Power said they would donate €10,000 to grassroots football in Ireland every time England score at Euro 2020, with a €100,000 minimum donation guaranteed. 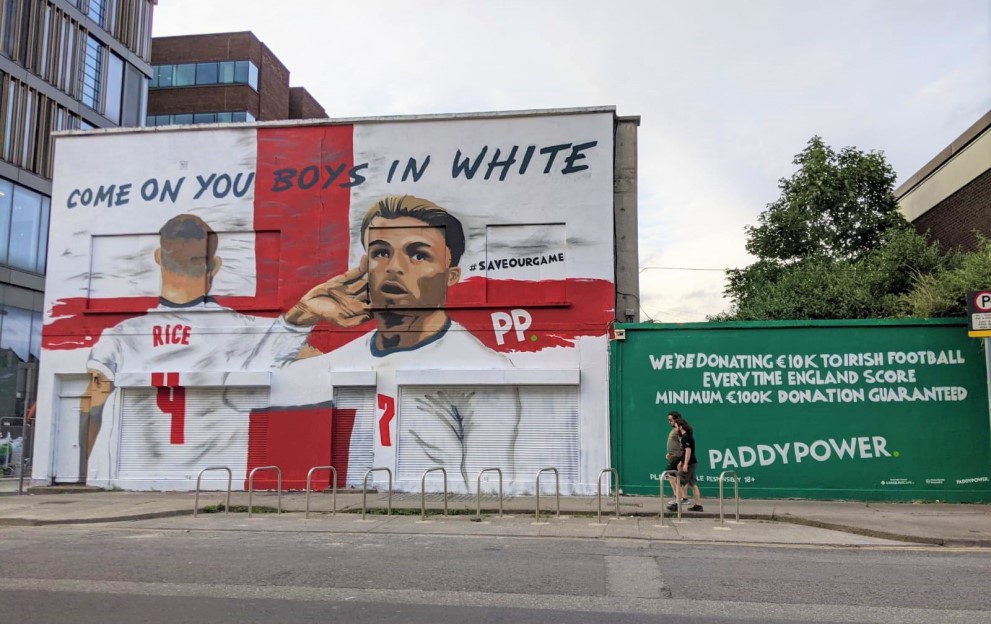 A spokesperson from Paddy Power said: "We asked Irish fans to get behind England as part of our #SaveOurGame campaign, but it looks like old habits die hard.

"Only 26% of our fellow countrymen and women will get behind the Three Lions. But off you're part of that cohort, head to Tipperary [on Wednesday] night where you'll find yourself amongst your kin in the majority.

"And don't be surprised to see the flag of St George hanging over the Rock of Cashel come Sunday should Gareth Southgate navigate his charges to the final."